PhD in agronomy at AgroParisTech

Facebook Twitter Link
Copied to clipboard
An employee of a urban farm growing aromatic herbs on a rooftop in Paris, on August 2017. Photo by Benjamin Cremel / AFP

I prefer to talk about urban agriculture practices in the plural since they are so diverse. Agriculture is considered to be urban when it is in a city or the surrounding areas, with direct links to the urban context. The agricultural space provides the city with products or services such as food and receives others in return such as labor. This exchange aspect is even more important than the location criterion in defining urban agriculture.

Urban agriculture has been developing in countries in the Global North in the past ten years, yet you first studied it in Africa...

I discovered urban agriculture in Madagascar, where I was living in the early 2000s. In the capital, Antananarivo, I was struck by the ubiquity of agriculture within the city itself. It was impossible not to notice it! Along with some Malagasy colleagues, I decided to create a project to study the phenomenon. And when I returned to France in 2002, while continuing the project in Madagascar, I became interested in what was happening in Paris: the emergence of short supply chains and community gardens.

In 2012, I worked together with a few other researchers to create a 300m2 experimental vegetable garden on the roof of the AgroParisTech building in Paris. We were seeking to understand how to grow crops outdoors in the most sustainable way possible in the context of a circular economy. We drew on techniques used in developing nations, such as the use of organic waste in Malagasy cities, as well as practices from community gardens in New York. We were interested in this transfer of knowledge and techniques between countries in the Global North and South.

We also studied environmental variables, such as the recovery of organic waste, contribution to water holding capacity, and the impacts on soil biodiversity. We also measured the yields, which are now between 10 and 12kg per square meter each year. Our experiment initially focused solely on community gardens, but we quickly realized that it was relevant to the commercial sector for the creation of commercial micro farms. The vegetable garden still exists, which proves that this type of agriculture can be sustainable.

Not really… A distinction must be made between countries in the Global North and South. Most French cities lack sufficient space on the ground and not all roofs are well-suited to agriculture (slope, limited load-bearing capacity, access to water). If we produced crops on every rooftop in Paris that could support agriculture, we would still not even be able to produce 10% of the fresh produce consumed by Parisians. A city like Paris is therefore a long way from becoming self-sufficient.

Food self-sufficiency must therefore be approached from a regional perspective. Grain production in Île-de-France is more than enough for the region but is primarily reserved for the markets (import-export). Market garden production (fruit and vegetables), on the other hand, is too low. Farms surrounding Paris should therefore be encouraged to produce mixed crops (legumes, field-grown vegetables, diversified market gardening) and livestock farming in order to move towards food autonomy. This is a complex process and requires a lot of time. However, in recent years, French people seem to be rediscovering the importance of local agriculture. This is a cultural revolution for both consumers and farmers!

In cities in the global South, is this type of agriculture still flourishing?

There are very marked differences from one city to another. In certain countries in the Maghreb, for example, agriculture has totally disappeared from cities as population density has increased. However, although it was seen as a thing of the past, agriculture has returned to certain cities and their surrounding areas. Moroccan cities, for example, are using rooftops to produce crops and attempting to save what is left of suburban agricultural areas. This same phenomenon can be observed in Algiers. After pushing agriculture out of its center, the city is now creating agri-parks to protect agricultural land around the city from urban sprawl and promoting agriculture in the city.

In other countries (Madagascar, Senegal, Burkina Faso), urban agriculture has grown along with the population. Urbanization eats up farmland in the city and surrounding areas, while at the same time creating new agricultural spaces. In Antananarivo, for example, fish farming has developed and watercress farming, which was expected to disappear, has continued. In Dakar, the production of lettuce in the city has transitioned from 20 years of non-professional agriculture (on rooftops, courtyards of buildings) to commercial production. In these cases, agriculture has grown with urbanization, which has itself generated greater demand for local food. In these cities, urban agriculture has done more than resisted, it has flourished!

By 2050, an estimated two thirds of the world’s population will live in cities. Will tomorrow’s cities all be agricultural?

It’s still too early to say. What is sure, however, is that most of the urbanization policies in these countries are seeking to promote growth of medium-sized cities rather than of their over-congested capitals. In these medium-sized cities, this same dynamic can be observed: the population grows along with urban agriculture, which is developing wherever it can.

This agriculture in the city will be vital for the supply of fresh produce (eggs, milk, vegetables) in countries where the state of road infrastructure limits transport and especially refrigerated transport. It will also be important in the management of organic urban waste and in ensuring the food security of households in periods of crisis and shortage. The sustainable development of certain cities in the Global South will be dependent on the way in which agriculture develops there. 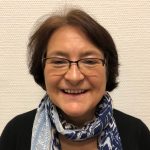 PhD in agronomy at AgroParisTech