Urban waste management is an issue with both local and global consequences. According to a World Bank study released in June 2012, the total amount of waste produced by cities is expected to increase by 69% by 2025, even more so in Southern countries, which often have limited financial resources. This estimate implies a number of challenges for the creation of sustainable cities, but there are also a whole host of opportunities.

For more sustainable cities, the urban waste management industry must be reorganized

One of the first challenges in urban waste management is the organization of the sector. It involves a number of public and private stakeholders and requires strong cohesion between them through the establishment of strong policies. Different systems are implemented by municipalities: optimization of waste collection circuits, autonomous collection management, delegation of collection management to private stakeholders, recycling and energy recovery, etc. All these activities are more generally part of local urban plans and their implementation requires the active involvement of both policy-makers and local communities. Consequently, waste management imposes the dual objective of results and effectiveness. Indeed, deficiencies in waste collection services inevitably lead to all sorts of directly visible inconveniences in cities: creation of illegal landfills, development of diseases, local pollution, etc.


In this industry, the informal sector, made up of undeclared workers, plays a considerable role in waste management and particularly in its recycling. For example, according to G. Van Kote (Le Monde – 31 August 2012), “It is estimated that 2% of the population in these cities, i.e. roughly 15 million people, earn their livelihood from these informal activities (…) the recycling performance of the informal sector would have nothing to be ashamed of if it were compared to the costly and sophisticated systems implemented in Western countries. According to a study released in 2008 under the supervision of David Wilson, it is estimated that these recycling rates in Southern cities are often between 20% and 50%, a result in which the formal sector generally plays a marginal role, if any.”

Turn urban waste management into a source of development


Moreover, local stakeholders often have a great capacity for innovation in turning local urban waste into new resources and building more sustainable cities: making paving stones from recycled plastic, recycling paper and cardboard into fuel briquettes, recycling glass, waste from abattoirs, etc. However, these very local activities struggle to find a place on a larger scale due to the lack of resources, political involvement, real capitalization and the difficulty of developing new markets. 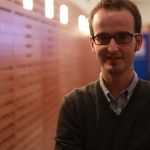