Where does Turkey stand in terms of ILO standards on access to the labor market for women and their retention in a decent job?

To be honest, we have a long way to go. Turkey is at the bottom of the classification in all the OECD’s and ILO’s global statistics. For example, women’s participation in the labor force barely reaches 30%, meaning that only one woman in three is active on the labor market. When we compare this with global statistics, it is really very low.

In your view, what are the main challenges facing Turkey?

There are so many of them! If we start at the beginning: the patriarchal way in which society functions is really at the heart of the problem. The role of women in their family, their role in society, the role that they are expected to play in the eyes of men and society, is a very “problematic” issue, to say the least, because they are really regarded as being the pillar of the family: they must take care of their children, the elderly, all family members and of their husband. Their real job is the work they do at home. Consequently, for those who find the time and who need an additional source of income, is it possible to find good opportunities for a decent job on the labor market? No, it isn’t.

Despite the fact that the level of education has risen in Turkey and the gap with men has narrowed – which is a very important step forward –, at the same time, women continue to face very serious problems in terms of equal access to the labor market, and nurseries for employees who have children, with kindergartens that are very expensive.

There are also the salaries: women earn 20% less than men. They prefer to stay at home rather than looking for a job outside, because the salaries are very low and their main recruitment opportunities are in the informal sector of the economy, meaning they will have no social security, and that they will have longer working hours. Furthermore, half of the women on Turkey’s labor market work in the agricultural sector, and 98% of agricultural workers work in family businesses, meaning they do not earn any money, they work for nothing.

There are consequently a number of barriers for women at different levels. They must first of all convince their father or their husband, then they need to find a way of getting into the labor market, and here they still have to fight against discriminatory practices by their employer. To obtain what? Extended working hours, low salaries, and sometimes gender-based violence. They often prefer to stay at home.

Does the Turkish Government offer solutions for women?

Certain aspects of the current Labor Code are very positive: on non-discrimination, equal opportunities and equal treatment between men and women, and also on psychological harassment and sexual harassment. At the same time, the Ministry of Family and Social Policies is seeking to promote nurseries and parental leave. However, even if we are taking positive steps on the legislative front, we really do need to look at the question of where we are in terms of enforcement. We need to make the law a reality, in real life.

Are civil society and the business world stakeholders in Turkey in the fight for gender equality at work?

NGOs are very involved in the debate. The feminist movement has a long history in Turkey and there are a number of feminist associations, which are particularly active in the field of violence against women, women’s empowerment, and opportunities of finding a high-quality job. They do an enormous amount of work in project development and as lobby groups towards the Government. For example, women’s associations played a major role in the adoption, in 2011, of the Council of Europe Convention on Action against Violence against Women and Domestic Violence, which is known as the Istanbul Convention. Turkey was the first country to ratify the Convention, and women’s associations are also very active in terms of the monitoring and implementation of the Convention. Women’s NGOs have organized campaigns on violence against women, which have prompted the Government to adopt ad hoc national legislation and promote the human rights of women. A number of women’s associations are implementing specific training programs for women on the human rights of women and their empowerment. Some are particularly active in developing campaigns and recommendations on the policies that need to be conducted to increase employment for women and their economic empowerment. In terms of employers, we know that certain large companies are very committed to promoting women’s employment, gender equality and women’s empowerment. Examples of models of companies that are sensitive to gender issues include Vodafone, Koç Holding, Sabancı Holding, Boyner Holding and Suteks.

However, most women are employed by SMEs, and in an informal manner. We therefore need to take action at the level of SMEs. Large companies could play a leading role in this process, but it needs to go right down to the lowest level, and to come up with results in the field. We also need to continue to work directly with SMEs. Most are family businesses, and we know that if the company’s leader decides to do something for gender equality, he can do it. Consequently, we need to begin convincing leaders, and we also need to approach women in these companies. It is essential to reach the grassroots level.

What experiences has ILO already conducted with SMEs? Have you learned lessons from them?

We have set up a project to improve social responsibility in SMEs. We have worked with SMEs in several provinces in Turkey, particularly in the textile industry, which is one of the most important sectors in terms of women’s employment. We have implemented this program working closely with the Chambers of Commerce and Industry of four provinces in Southeast Turkey. We have worked both in partnership with leading international apparel brands, such as H&M, Otto-Hermes, M&S, and in close contact with SMEs. We have organized common training programs on labor law and gender equality in partnership with H&M.

We have organized series of seminars for male and female workers in the textile industry. The aim was to sensitize both male and female employees to gender equality, equality in working relations, to certain very specific economic rights – such as working hours, salaries, maternity leave, the right to join trade unions, occupational health and safety –, gender-based violence in the work place – mobbing, sexual harassment – and to the negative impact that this violence has on the work environment. The objective was not only to provide employees with training on their basic rights as workers, but also to sensitize them to the importance and need of gender equality in the work place.

It was an interesting experience, because we were in direct contact with workers and we could see that there was a real interest on the part of men and women, particularly in issues related to gender-based violence in the work place. With regard to gender-based violence, women are the most vulnerable group. They suffer a great deal from both mobbing and sexual harassment. Yet they tend to hide and prefer not to speak about this violence for fear of being dismissed or marginalized, and also for fear of being stigmatized by their family members and their colleagues at the factory.

We have also worked with employers to explain why these issues are important for SMEs. The problem is that they really want to see the economic benefit that they can gain from this, they want figures. We cannot convince them simply by telling them that it is important and that they must do it. We need to show figures, results and concrete examples.

What kind of immediate economic benefits can you mention in this situation?

For the time being, we have no data on the issue, but we do try to show them evidence as to the reality of this assertion (when it is applied to gender equality), because productivity is not simply a question of figures and increasing production. The quality of the work environment, the low level of staff turnover, the way in which people cooperate in the work place, are also important factors. Employee satisfaction has a decisive impact on increasing productivity as well. 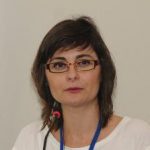