Do Western countries have a monopoly on NGOs?

Each year, $30 billion is raised for international humanitarian aid. It is largely provided by about 20 countries, almost all of which are OECD members. The overwhelming majority of them are located in Western Europe or North America. Three-quarters of that $30 billion comes from government funds and one-quarter from private donors in the same Western countries. Furthermore, the money is distributed to international NGOs that are likewise Western European or North American.

This raises two questions. First, in terms of numbers, do we want only 20 countries to supply those funds? And, from a political point of view, do we want humanitarian actors to be funded by a limited number of Western countries? The choices of how resources are allocated to different countries or crises are in fact not neutral. Donor countries have long understood that humanitarian aid is a tool for soft power.

What are the effects of donations being politicized?

Besides the sociological reality and the political ulterior motives of the donor countries, a new situation is emerging that didn’t exist when I started to become involved in humanitarian work. I call it “the security temptation”. Since the 2001 attacks and the growth in the fight against terrorism, not only have the big powers been targeting their funding, but they’ve also been issuing strict orders seeking to prohibit contact with rebel groups identified as terrorists. These rules have harmful consequences on the ground: they put humanitarian actors in a symbolic position of non-compliance with the principles of neutrality and independence and expose them to suspicion and even violence from belligerents.

You also speak of a “neo-liberal temptation” within the contemporary humanitarian movement. What does it entail?

One-fourth of aid raised relies on the compassion and generosity of a section of world public opinion. We put up with the randomness with which solidarity actions are chosen, with their criteria that differ according to the case, and with the fact that the funds raised depend on the feelings stirred up by the crisis in question. That’s what I call the neo-liberal temptation.

For example, we were very responsive after the explosion in Lebanon, because we are close culturally and politically to that country, but indifference dominated when Pakistan was stricken by floods in 2010. The lack of public funding for NGOs is leading them to resort increasingly to emotional marketing. And so I ask the question: shouldn’t the great sufferings of the planet, which affect between 150 and 200 million people every year, be dealt with by sovereign States?

In the post-pandemic context, is humanitarian aid at risk of paralysis?

In addition to the problem of Western-centrism, the security temptation, and neo-liberal dynamics, I can see an additional risk arising from the COVID-19 crisis: “the withdrawal temptation”. Donor governments are currently setting aside their budgetary orthodoxy and spending massive amounts of money to maintain their economies. This calls into question the role of these governments in financing international solidarity, because they may reduce the amount of funds allocated to humanitarian aid in the near future. That concern is all the more plausible because a slowdown in government contributions had already begun in 2019. What’s more, the pandemic has increased needs in the poorest countries, which are facing food shortages. The combination of these two trends is creating a worrying situation. If we can’t change the current financial equation, humanitarian organizations could quickly find themselves paralyzed and unable to take action in the future.

How can we change this financial model?

I am advocating that the circle of donor countries be broadened to include the 100 countries that the World Bank identifies as high-income countries. These richest countries of the world generated a gross national income (GNI) of $80 trillion in 2018. If each of them were to contribute 0.03% of their GNI, we could raise the $30 billion needed to deal with the international humanitarian crises. Besides the current donor countries such as the United States and the European Union, new countries like China, Russia, and South Africa would be involved. Not only can this proposal resolve the issue of the volume of aid, but it’s also a means of depoliticizing humanitarian aid and of making it less exposed to the changes in circumstances and power struggles that regularly pit the major powers against one another, as has again been the case between China and the United States with regard to WHO funding during the COVID-19 crisis.

The terms for distributing the funds should be entrusted to an acknowledged body that is independent—especially with regard to the members of the Security Council. It could be made up of representatives from the United Nations, the International Committee of the Red Cross (ICRC) and international NGOs. This body could be a new expression of multilateralism and should be considered as a non-stakeholder and non-aligned party in conflicts. It’s high time to move away from the voluntary donation model of a small number of OECD countries and to introduce a compulsory contribution from all the more developed countries.

Diversity and domination: for a paradigm shift in international aid 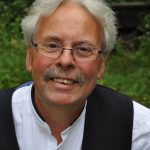