Sub-Saharan African countries now carry the lowest external debt burden in thirty years. This is a big change from the mid-1990s, when some countries’ debt overhangs rose to unsustainable levels, compromising growth and their ability to combat poverty.

In 1996, the donor community alleviated this situation with the largest-ever debt relief programme, known as the Heavily Indebted Poor Countries (HIPC) Initiative. It aimed to reduce the external debt of thirty-nine countries to sustainable levels. Thirty-three sub-Saharan African countries were eligible for the programme. It was commendable for three reasons: for the first time ever, multilateral creditor institutions, such as the World Bank and the International Monetary Fund cancelled debts owed to them; relief-receiving countries implemented reforms and poverty alleviation measures; and the sheer volume of relief – some US$120 billion – cancelled 90% of the external debt of sub-Saharan countries, reducing it from US$140 billion to US$15 billion dollars. A dozen years of nearly uninterrupted five-percent annual economic growth also helped lower Africa’s indebtedness, making it the second most dynamic region in the world, after emerging Asia.

The sheer volume of relief – some US$120 billion – cancelled 90% of the external debt of sub-Saharan countries, reducing it from US$140 billion to US$15 billion dollars

Since 1994, sub-Saharan Africa’s public external debt has fallen by three-quarters to 20% of gross national income, the average for developing countries. Debt service has been reduced by two-thirds, and represents less than 5-percent of exported goods and services. Sub-Saharan countries have used looser financial constraints and larger budgetary allowances to increase social expenditures and capital investments.

During the period of massive debt relief, the international donor community had to prevent low-income countries from falling back into debt crises. Donors set up a so-called debt sustainability framework designed to give borrowing countries and their creditors more ownership. This shared-discipline approach to sovereign debt rests on two major principles. First, analysts use long-term debt burden projections to categorize the country’s vulnerability to one of three levels of debt distress: “green” if low risk, “yellow” if medium risk, and “red” if high risk. Multilateral and bilateral creditors use these risk thresholds to largely determine the modalities applicable to their loans and relief. The second important principle requires that sovereign loans meet criteria for concessions; in other words, the loans must offer very favorable terms, such as low interest rates. Of the thirty-nine risk-categorized HIPC countries, thirteen present a low risk of debt distress, fourteen a moderate one, and twelve a high risk. Of the twenty-nine African countries that have achieved a HIPC Initiative completion point, seventeen are still categorized as moderate or high risk. Reduced debt levels must still match a country’s – often limited – repayment ability. For countries with narrow economic bases, or when budgetary receipts that make up 10- to 20-percent of GDP, as is often the case in Africa, even a moderate debt level of 40- or 50-percent of GDP can be hard to repay.

Going forward, we might ask what debt levels are sustainable for African countries faced with huge challenges. Africa have never had greater capital investment needs: the World Bank estimates that African countries will need to spend US$93 billion per year over the next ten years simply for infrastructure upgrading. Such investment is required to increase the competitiveness and diversity of African economies, and to accelerate growth on a continent where the population will double to nearly two-billion inhabitants by 2050. This US$93 billion estimate does not include the amount that African governments must spend to ensure sustainable access to basic services, such as healthcare and education. In addition, Ghana and some countries in East Africa must meet the challenge of managing recent and often large discoveries of oil, gas, coal and minerals. For example, Mozambique needs to invest several times its GDP to exploit and export such resources. To optimize the effect of these discoveries on the real economy, Mozambique must provide substantial financial resources and assistance to implement vital public policies and meet its social, economic and institutional challenges.

We see that African officials are going to have to reconcile massive investments with balanced budgets, especially since growth tends to increase the optimism of lenders and borrowers, attracting large foreign-capital inflows. Africa shows real dynamism and very encouraging economic trends. However, most of its economies remain insufficiently diversified and vulnerable to interest rate and price fluctuations or sudden export revenue reductions. Furthermore, the literature shows that countries that have experienced a debt crisis are relatively likely to default again.

In this regard, development aid can bolster the sustainability of debt through the subsidized funding of key structural investments, which in turn reduce countries’ economic vulnerabilities.

More than ever, lenders and borrower-countries question the sustainability of sub-Saharan Africa’s indebtedness on a daily basis: prudence remains the order of the day. First, because the lending countries’ own budgetary circumstances leave no room for another massive debt relief effort. Secondly, and especially, another debt crisis would undermine the positive movements and hope now running through the African continent for a long time to come. It would long hamper Africa’s ability to implement policies that promote sustainable and above all yet unseen redistributive economic growth. 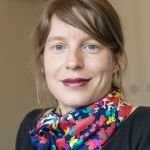