If you think that the tying of aid to procurement from donor country enterprises is a bad idea for development, you are securely situated within the mainstream view in development policy. Besides, this view coincides with the fundamental dogma of liberal trade policy, which has always considered tied aid credits as a distortion of fair international competition. Over the last 20 years, donors have increasingly untied their concessional financing windows, though some de facto tying practices may persist. On the face of it, that should be good news. After reviewing soft loan policies of four donors, we do have some second thoughts on this. Moreover the need for infrastructure development, the latter traditionally being the primary focus of tied aid financing has, if anything, increased in the developing world. Should tied aid credits be thus finally abandoned? We argue in favor of the second answer, albeit with strong qualification.

Tied aid credits are loans awarded on concessional terms and involve procurement from donor country enterprises. They are primarily used to finance infrastructure projects, with recipients usually being developing and transition economies. Donors pursue multiple objectives with their tied aid projects. For one, tying implies export promotion for domestic exporters wishing to access markets and sectors which are not open to them under market-based financing conditions. On the other hand, through pursuing tied aid policies donors hope to make a positive contribution to the economic and/or social development of recipients. Funds used for subsidizing the concessional element of tied aid account for official development assistance (ODA) according to the OECD/DAC definition. The practice of tying has led to criticism of soft loans since the prevailing opinion among development experts during the last 20 years has been that development cooperation should align with the priorities of the recipient country and thus rather be focused on local capacity promotion. In addition, tying will result in higher prices to be paid by recipient countries due to the lack of competition between suppliers.

Due to the export credit race of the 1970s and 80s, the parties to the OECD Arrangement on Officially Supported Export Credits agreed upon a set of regulations in 1991, which severely restricted the use of tied aid credits – the so-called Helsinki Disciplines. A second development, the untying debate, which gained momentum in the 1990s in the OECD/DAC, resulted in increased efforts by donors to untie their aid during the 2000s. In consequence, the amount of tied aid credits extended fell from 20 % before 1991 to roughly 4 % of total ODA during the 2000s and has stagnated ever since.
A more recent blow to tied aid has come from the graduation of primary recipient countries, in particular China, with other import beneficiaries, like Indonesia or the Philippines, expected to follow soon. Arguably, this will reduce the volume of tied aid further.

Donors have reacted differently to these developments. While tied aid programs had been in place in most OECD countries up to the early 1990s, these programs have evolved into different directions ever since. The provisions of the Arrangement do not necessarily cover these new forms, mostly because they are de jure not conditional upon procurement from the donor country.

Untying alone is not enough: the institutional framework matters

ÖFSE conducted a comparative analysis of national implementation strategies of Arrangement terms and analogous soft loan programs in Austria, Denmark, Germany and the Netherlands. While the former two countries still follow the Arrangement terms, the latter two  have untied their soft loan programs. Though Germany and the Netherlands thus appear to be exemplars of development-oriented concessional finance policies, in both countries we have found indications that de facto tying practices continue to exist. In addition, at least in the case of Germany a clear trend towards favoring lending facilities with significantly harder terms, like e.g. the Promotional Loans, has emerged. In sum, we have significant doubts that untying will per se lead to a more development-oriented form of finance. Instead, we would argue that in order to arrive at a more nuanced assessment of the development orientation of concessional financing, one has to look at the broader institutional picture. Three factors are of crucial relevance: (i) the extent to which concessional finance is aligned to the development policy of a donor, (ii) the extent to which development policy actors structure the process of assessment and selection of projects, and (iii) the extent to which recipient countries have a real voice in the determination of tied aid policies and their implementation.

While the rapid economic development of emerging economies, and in particular China, has for many years provided a geo-economic environment favorable to using soft loan mechanisms, the (foreseeable) graduation of many of these countries into upper middle-income status has effectively curtailed this avenue for the future. Some development pundits might thus conclude with satisfaction that the time of tied aid credits will finally come to an end. On the other hand, we would argue that the need for infrastructure investment in developing countries remains high, and that experience with private investment for long-term infrastructure financing has been disappointing. Hence, tied soft loans might still have a role to fulfill. The current situation suggests two scenarios. Scenario 1, which we call “Costly Aid”, implies a shift of focus for soft loan finance towards lower-middle and in particular low-income countries (LICs). Though certainly to be welcomed from a developuntment-oriented point of view, for the time being, two factors suggest that the option of extending untied aid to LICs is, however, not very likely. Firstly, austerity policies in many EC donor countries are leading to a stagnation, if not outright decline in ODA volumes. Secondly, the prevailing low interest rate environment makes it difficult to reach the minimum concessionality levels under Arrangement provisions without resort to public funds. In addition, it does not offer prospects for additional exports, a factor that has clearly gained in importance in many crisis-ridden EU countries during the last years. In consequence, untied concessional finance to LICs is costly for public budgets and unattractive for exporters. Under these circumstances, in our view an alternative form of tied aid finance targeting LICs, which combines highly concessional terms with high-quality procurement from donor country providers, might represent a sensible second-best option (Scenario 2, “Costly Exports”), but only if it is strictly aligned to the development strategy of the donor country and gives recipient countries a real voice in the determination of sector priorities, as well as the selection and implementation of projects. The likely alternative to these two scenarios will be that countries refer to untied aid with low concessionality levels. This scenario 3 (“Cheap Aid”) would conform to budgetary pressures, but would imply some form of cheating on the untying condition. As we have seen, donors are quite ingenious in promoting de facto tying and will be under strong pressure from their export sectors to do so.

For development purists all of this might have the smell of a lukewarm compromise, but given the current somber outlook for development cooperation in many EU countries, should we really expect that development policy will become more altruistic in the foreseeable future? 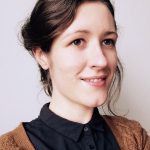 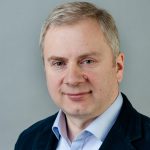