On 2 November, the Thinking Workshops addressed major cross-cutting issues in front of a once again full house. Ebrima Sall, a Gambian sociologist and outgoing Executive Secretary of the research laboratory Codesria (Council for the Development of Social Science Research in Africa), set out the debate on “decoloniality” in critical terms.

The post-colonial era: Anachronistic or more relevant than ever?

This debate is increasingly coming up against its own limits, he recalled, as it is defined in contrast to the colonial era and its main organizer, the West: “Thinking decolonial means still thinking in terms of the West, whereas this geopolitical area now extends to the East, as Asia has taken up the same development model. If it is a question of freeing ourselves of Western domination, what do we do about Chinese interventions in Africa? The debates about decoloniality are not only about the past, but about the current forms of domination, neo-liberalism. In any event, it is the political aspect of the debate that is lost: the knowledge we produce could contribute to strengthening relations (Editor’s Note: and not to the antagonism that it perpetuates) and be part of a transformation process that takes the global aspirations for freedom into account.”

The Rwandan political scientist Olivia Rutazibwa, a researcher in London, was far from seeing an obsolete position in “decolonial” or “anti-colonial” thinking and, on the contrary, emphasized the persistence of a dominant “Eurocentrism”. “In Europe”, she stressed, “we talk about the migrant crisis without asking where the story begins – as if it started when human lives are lost in the Mediterranean and as if Europe had nothing to do with this situation. Likewise, in the field of international development, expertise often starts in the countries studied: we ask how to fight against corruption in Africa, for example, as if no one in Europe was involved in the situation of corruption.”

The critique of the West, compatible with an African self-critique

Following suit, the Zimbabwean researcher Sabelo Ndlovu, attached to the University of South Africa (Unisa) in Pretoria, defined three different colonial empires: “The physical empire of territorial control and direct domination, which caused the political decolonization; the commercial and military empire, which is not territorial, and to which the Lagos Action Plan, the New Partnership for Africa’s Development (NEPAD) and the BRICS group provide a response; and the third empire, which is metaphysical and leads to the mental decolonization on which we are working in South Africa.”

On the decolonization of knowledge, he asked: “How to make Europe provincial and “deprovincialize” Africa? How to shift the center? Should we withdraw Western philosophers from the curriculum, or read them again differently with a decolonial critique? We need to go even further and do the same thing for “indigenous” or “endogenous” knowledge, by not considering Nkwame Nkrumah or Steve Biko as temples or altars, but by drawing in a serious manner what is useful in their thinking.” Taking intellectual honesty even further, Sabelo Ndlovu recalled all the violence in South Africa, but also the fact that English-speaking Africa was one step ahead in terms of decolonization: “The students sometimes remind us that we teachers should be killed (sic), because we transfer knowledge that is problematic! Instead of spending our time criticizing Senghor or Mugabe because they are simplistic, we should start with ourselves, and criticize ourselves in the same way that we criticize African leaders.”

The issue of borders

A second equally dense panel addressed broad issues concerning borders, movements and migrations – a central theme in the thinking of Achille Mbembe, a Cameroonian historian based in Johannesburg. He mentioned the demographic revolution underway in Africa, whereby the continent will account for 40% of the world’s population by the end of the century. “In this way, it will complete the historical cycle, which goes from the bloodletting of the slave trade from the 16th to 19th century and will finish by recovering what it lost throughout this cycle.”

The consequences of this demographic transition are now geopolitical, recalled Achille Mbembe. “Europe, the USA and Japan will be inhabited by old people, whereas the young people in the world will belong to Asia and Africa. This is why there is an identitarian closure, the return of nationalism, a visceral desire to stay with one’s own kind, the militarization of the desire for protection, an urge that saturates our societies. For Africa, all this poses a huge threat: being enclosed both from outside and from inside. The top priority for Africans, for whom it is increasingly difficult to visit the world, but also to circulate inside the continent, must be to complete the decolonization by managing the abolition of their own borders in a methodical manner.”

Mehdi Alioua, a Moroccan researcher, stood out with a reflection on intra-African mobility: “A migrant is perceived as a poor peasant who has been vomited by the earth, yet this poor peasant contributes much more than we think to transforming the places where he settles. Their exile echoes that of Moroccans themselves, which brought about the emergence of a movement for migrants’ rights in Morocco, followed later by laws which have changed and a massive regularization policy.”

The following debates were lively. Felwine Sarr, a Senegalese economist and co-founder of the Thinking Workshops, criticized Mehdi Alioua over a “politically correct” communication, which was not critical enough with regard to Morocco’s public policies. “We will not succeed in terms of movement without raising the question of racism eye-to-eye. If we want to settle this dispute, we will need to discuss the way in which black people are treated in North Africa.”

Achille Mbembe, for his part, reignited a nagging debate over Europe’s contradictions in terms of development assistance: “If Europe is so concerned about the wave of illegal migrants, it can change its position: instead of giving EUR 1 billion to African dictators to shut black people away in camps, it should invest so that Africans can open up a huge space to everyone by doing away with their own borders. Because the continent is vast, and there is no reason why young Africans should die in the Mediterranean. We are already too much foreigners everywhere else, we don’t need to be foreigners at home!” 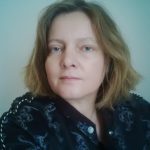