Degrowth is a political and ethical vision based on the realization of the physical limits of the productivity-focused model. This term first and foremost refers to the idea that industrial societies will decline as resources, especially fossil fuels, will be more difficult to extract and will become increasingly scarce due to entropy (physics principle of the degradation of energy). For example, we can burn a lump of coal, but we cannot recover the heat from its combustion once this heat has been dissipated into the atmosphere. These resources also raise an ethical question for our thermo-industrial societies, which tap their power in post-colonial territories. The sociologist William Catton refers to “ghost acreage” and “distant territories which supply the raw materials required for European power”. Degrowth proposes the relocation of power and the end of productivism, the advent of low-carbon societies, weaned off mass consumption and able to make their tools themselves. Degrowth is a concrete and pragmatic utopia, but it is currently muted by the giants of industrial society.

Is the idea of degrowth infused in society or does it remain marginal?

The IPCC report on the 1.5°C released in October 2018 recommends leaving carbon underground. The more the COP follow on from each other, the more the contradiction between the recognition of the need to abandon fossil fuels and maintaining a growth society seems untenable. Climate change is a result of the intensive combustion of fossil fuels and the dissipation of the energy derived from it. The idea of degrowth is inherent to the fight against climate change. It remains widely unspoken. While awaiting more coherent policies that would target a change in behavior more than technological substitutions, degrowth is making headway in the form of social debate, which citizens themselves feed into.

It is a world where humans redeploy their physical strength and regain their capacities and tools. It is a slower world, where communication is more direct and more friendly, where we are pleased with what we produce. While degrowth stigmatizes the fears of a society that refuses to face the finiteness of the model inherited from the “thirty glorious years”, it would also appear to be both the fatal and desirable outcome of it, when it comes to a political project of temperance.

Furthermore, from the Zadist hardline environmentalists from Notre-Dame-des-Landes to those who advocate for welcome sobriety, from Pope Francis to organic farmers, there is no degrowth but degrowthers. Can degrowth unify these numerous avenues and be embodied in a political model that is both alternative and realistic? In this case, governing degrowth would involve starting by taking note of where we stand now. The alarming reality of the Anthropocene Era raises the issue of the limits of the growth model. Faced with the ecological turbulence and the fragility of societies modeled by technical and financial systems that elude politicians or are built with their complicity, degrowth remains to be considered as a set of policies of sobriety and solidarity.

In your opinion, do sobriety and the reduction of inequalities go hand in hand?

Yes, there cannot be one without the other. If rich and industrialized countries organize sobriety, they relocate the use of space and resources and reduce their footprint on ghost acreage. They resize their lifestyles, eliminate the planned obsolescence, repair objects and stop exporting their waste to Africa. The allocation of quotas for energy and CO2 emissions could thus take account of inequalities by reducing the footprint of those who consume the most.

A great number of initiatives would make it possible to kick-start the transition towards post-carbon societies: redesign territories as walking and cycling bioregions, create teleworking and co-presence spaces in suburban areas and rural villages, relocate industry, reduce speed limits and give priority to car-sharing, establish an ecological transition income (ETI) to remunerate activities to take care of and repair the environment, develop education for the population by establishing sobriety assemblies, diversify agriculture, generalize the use of organic and locally sourced food in canteens, promote low-tech solutions…

Carbon pricing corridors: the solution for reconciling climate and development?

It is the taboo question which is still not on the agenda in climate negotiations. There is a fundamental contradiction between the productivity-focused model and reducing greenhouse gas emissions. From the agricultural model focused on export and overproduction to the mobility system based on increasingly heavy private vehicles such as SUVs, it is hard to see how these two trends which run contrary to each other can continue to be combined. In psychology, this is called a paradoxical injunction and it can lead to a physical and moral collapse of our industrial societies.

To prevent this from happening, we need to develop coherent scenarios combined with education for citizens and regulations imposing new rules: resizing of farms, support for the diversification of production, halt to the construction of hypermarkets, cap on the horsepower of vehicles at 3 liters per 100 kilometers, etc.

How to reframe the debate?

The decolonization of the imaginary is a prerequisite for the necessary alignment and scaling of industrial societies. Yet industrialism and consumption take the place of the state of nature, if only because we are steeped in mental images and models disseminated by advertising and embodied by emblematic figures. Does the French President not travel in a DS7 Crossback, an SUV model embodying a form of power and modernity?

Beyond this anecdote, the decolonization of the imaginary proposes to face up to the facts: we will not settle the issue of the huge spatial and energy control of cars by replacing a petrol vehicle with an electric vehicle. Reframing the debate means to stop thinking in terms of substitutability and to devise policies to change behavior. 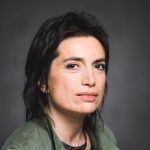