In 2015, Doctors of the World (MdM) conducted 4 socio-anthropological studies with Lasdel in Peru, DRC, Burkina Faso and Palestine, with the aim of documenting and analyzing the determinants of unwanted pregnancies and abortions.

Generally speaking, teenagers and unmarried women find it more difficult to have access to contraception, either because services are not suited to their needs or because of restrictive legislative frameworks. In DRC or Peru, for example, minors face legal and regulatory barriers which hinder their access to contraception services. In addition to the regulatory aspects, the representations of nursing staff, who are influenced by social standards, have a negative impact on their attitude towards teenagers and unmarried women who request contraception. In the Gaza Strip, “it is socially unacceptable to raise the awareness of young people”.

Contraceptive methods are to a huge extent regarded as being “a matter for women in union”. Promoting contraception among young people would encourage them to have sexual relations, which is socially repressed out of wedlock. Similarly, in several contexts, nursing staff consider that certain methods (e.g. IUDs) can only be used after a first pregnancy.

Consequently, while an increasing number of governments are including contraception as a priority in national health policies, these efforts are not always reflected by the availability of services and continue to exclude certain categories of woman. In Peru, Palestine and Burkina Faso, there are frequent stock outs of certain contraceptive methods and women are unexpectedly forced to stop, change method, or there is no alternative, or it is at a prohibitive cost. This has an impact on women’s ability to effectively prevent pregnancies.

Potions, counterfeit drugs, chemical products, needles, abrasive objects… When the health system or weight of social standards do not allow an unwanted pregnancy to be terminated, women are willing to resort to the most extreme practices, putting their health and life at risk. In Djibo (Burkina Faso), women “resort to clandestine abortion methods using traditional pharmacopoeia and pharmaceutical products bought from street vendors and which are misused”, often with dramatic consequences. Yet abortion is based on a simple and safe medical procedure, if it is carried out by qualified staff and with the right equipment. This makes this global public health problem even more unjustifiable.

While the trend for access to contraception is generally increasing in developing countries, despite real inequalities, access to medical abortion continues to come up against strong opposition from conservative groups, which severely hinders progress, and it is regularly called into question. The voluntary termination of a pregnancy continues to be one of the most neglected components of family planning, and thereby an obstacle to the rights of women (and couples) to decide freely and responsibly not to carry a pregnancy to term. Yet one pregnancy in three ends in abortion.

The inability of women to resort to a safe and legal abortion is especially alarming in certain environments where women are particularly exposed to risks of sexual assaults and rape. In Peru, “nursing staff and members of civil society have identified adult women in union, with economic and decision-making power limited by machismo and domestic violence, as being the most vulnerable to unwanted pregnancies”.

The prevention of unwanted pregnancies, access to medical abortions and post-abortion care require an environment conducive to the promotion, respect and exercise of sexual and reproductive rights. But sexuality and women’s bodies are the focus of strong taboos in a number of societies and are subject to deep-rooted representations.

The studies conducted point to the role of religious representatives who, with very rare exceptions, fiercely reject any idea of decriminalizing abortion. The vocabulary often used of prohibition, sin and divine punishment greatly stigmatizes the men and women who are in favor of the practice of abortion. Abortion continues to be condemned by the whole of society and those who practice it are viewed negatively, considered to be morally disgraceful, and are de facto stigmatized. The young girls and women who refuse to carry a pregnancy to term are perceived as deviant with respect to social standards, where maternity is closely associated with the status of the female gender. The moral discourse, associated with religion, is also widely cited by nursing staff who refuse to give medical treatment to women.

While women are more or less aware of the risks associated with unsafe abortions, the lack of education, income, and of support from families or health structures, forces them to resort to dangerous methods alone, or with people who have little or no training. Giving young girls and women the opportunity to be informed and advised about their sexuality, contraception methods and their rights is an approach that should be systematically used in a process to reduce risks and empower them to take action.

In addition to the weight of social standards and representations, there are restrictive laws which put women’s lives at risk by restricting access to abortion to rare exceptions, and penalize to a greater or lesser degree those who decide to have an abortion through their own means.

In the 4 study countries, abortion is forbidden and a criminal offence. While therapeutic abortion (when the pregnancy endangers the physical and/or mental health of the woman, or in the event of serious fetal malformation) benefits from a different treatment, it is either regulated by strict criteria, or by unclear details which are subject to the interpretation of several doctors and religious leaders, making it more difficult to apply.

As well as improving sexual and reproductive healthcare provision, there is a pressing need to change the laws governing access to contraception and abortion and promote the right of women to decide. MdM is working in this sense by supporting civil society organizations. But it is essential to reform legislation that criminalizes abortion. The rights of women to decide on their sexuality, their health and their lives will only become a reality if the political change is combined with means to change representations and practices.

Sexual and reproductive health rights concern fundamental aspects of a person’s life: their body, their sexuality, their health, their relationships, the fact of getting married or not, and the fact of having children or not. Sexual and Reproductive Health and Rights (SRHR) are basic human rights and are also a major component in progress towards gender equality. Protecting and guaranteeing the exercise of SRHR for all men and women triggers a virtuous circle in the whole society and is an important step towards fair and sustainable development.

In 1994, the Cairo International Conference on Population and Development recognized the importance of sexual and reproductive rights for the first time. They are essential drivers for women’s emancipation and improving women’s health. At both international and regional level, there are numerous texts, declarations and initiatives which commit governments to promoting and respecting women’s rights in general, and sexual and reproductive rights in particular. However, the translation of these commitments into concrete actions remains very tentative in many countries in the South and North alike. Yet it has been found that women and teenagers who have control over their sexuality and fertility are healthier.

The recognition of sexual and reproductive rights for all men and women requires the commitment of all actors, starting with governments, which must support policies that promote women’s rights. Efforts must primarily focus on sexuality education, particularly for young people, access to comprehensive service provision for the prevention and management of unwanted pregnancies, as well as the reduction of stigma and the consideration of sociocultural, economic and geographical determinants to allow every man and woman to make their own choices in terms of SRH.

Are you interested in the subject? Join us on Thursday 3 March at the symposium “The Right to Abortion: An Urgent Combat” organized by Doctors of the World 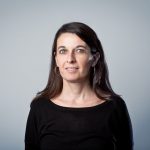 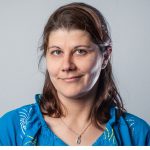