A bank in Congo. © Nicolas Guyot

Over the past decade, Africa’s banking sector has been among the most dynamic in the world. Banks have restructured and recapitalized while showing record growth. This contrasts with the frequent systemic crises that occurred in the early1990s. Less visibly but just as truly, the key actors have also changed: domestic banks that emerged in the 1980s have rapidly consolidated and taken the lead from previously dominant foreign firms.

The expansion of domestic banks

This is a natural evolution inasmuch as domestic banks must grow to survive, and local markets provide the platform for growth. Banks must achieve economies of scale to be competitive, and they must also achieve critical mass to be able to diversify sector and country risk by increasing the number of sectors covered in their investment portfolios and by opening subsidiaries outside their home country.

Foreign banks view the situation differently, since their growth in African markets remains optional, rather than a necessity. Even though these markets are very profitable, foreign banks remain more sensitive to risk and to the quality of the business environment; increasingly, the latter does not meet the requirements of foreign banks’ normal operating practices nor the constraints of their home-country regulators. In addition, foreign banks find it harder to grow, because expanding would entail entering riskier markets, such as retail and small-business banking. Meanwhile, domestic banks find growth in the more easily reached corporate segment.

This reshaping of competitive forces affects banking activity in Africa. The rise of domestic banks has increased the percentage of bank-account holders, as clearly seen in the past decade. The domestic banks have a better understanding of the needs of local customers and can more easily innovate, tailoring products and services and penetrating new market segments. Nonetheless, the foreign banks’ reluctance to pursue riskier business threatens to isolate Africa’s banking sector: the biggest international banks provide expertise and funding, and they remain indispensible for financing large capital investments and international trade. They also generally serve as a relay between Africa and the outside world.

The African banking sector appears to have potential for further growth. Market penetration rates remain very low, profitability levels reach some of the highest in the world, and, in absolute terms, competition remains underdeveloped. Growth beckons from many directions, such as in new markets for mortgages, farm credit and debit and credit cards, and so forth. Domestic banks still miss out on most of the larger lending deals, such as infrastructure financing, mining and gas operations, international trade, and others. More synergies could be generated with other types of financial services companies, such as stock markets, investment funds, insurance companies, microfinance providers, and so on. Furthermore, English-speaking and French-speaking African countries remain totally disconnected from one another. These and other sources of new business abound. However, domestic banks will need more funding to tap these sources of growth, and foreign banks will need more confidence in Africa.

Ed.: This opinion piece is taken from issue No. 16 of Proparco’s Private Sector & Development magazine. 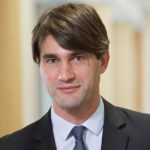