The performance of “A Rapist in Your Way” by Chilean feminist collective Las Tesis (D. Valdés, S. Sotomayor, P. Cometa, L. Cáceres) has met with huge and unexpected success, first in Chile and now around the world. Is this just a one-off success? Contrary to appearances, the performance by Las Tesis (“Theses” in English) is not an isolated phenomenon that has been revealed by the explosive social situation in Chile since October 2019, propelling the country into the global media spotlight.

“A Rapist in Your Way” draws its strength from the talent of the young artists who created it and from the Chilean feminist movement they belong to and that inspired them. This movement is characterized by extraordinary dynamism. It has aligned itself with the Latin American feminist tradition, particularly that of Argentina, and has renewed the tradition by inventing new means of action, with a major focus on performance art.

From Argentina to Chile: a new feminism crosses the Andes

In 1990, Chile emerged from 17 years of dictatorship, while still maintaining some of the institutions and political leadership left over from the Pinochet regime. Argentina, on the other hand, underwent a much shorter and far more brutal military regime than Chile that collapsed in 1983. Argentina’s civil society was therefore able to break with its dictatorial past and become very dynamic once again.

It was within this context that the Argentinian feminist movement was reshaped. The National Women’s Encounter began in 1986 and has become a mandatory annual gathering and a place where new ideas and movements emerge. In the 2000s and 2010s, Argentinian feminism took up several causes that were later adopted by the Chilean movement, causes that are implicitly and explicitly referenced in “A Rapist in Your Way”.

The first cause was the fight for the legalization of abortion. In Argentina, green scarves have become the symbol for this cause. They can be seen on participants in the performance piece by Las Tesis.

Violence against women, a symptom of a sick system

Unlike the #MeToo movement, which focuses on isolated cases of abuse, “A Rapist in Your Way” includes violence against women in its portrayal of violence as a systemic problem. In this respect, Las Tesis collective follows in the footsteps of Rita Segato, a leading figure in Argentina’s feminist movement.

Rita Segato’s academic career and research led her from Brazil to Mexico and Central America. In Brazil, she interviewed offenders convicted for sexual violence. In Mexico, she investigated femicides in the northern part of the country, including the city of Ciudad Juárez, which became a notorious symbol of femicide in the 1990s. In Guatemala and El Salvador, Rita Segato focused on the use of sexual violence against women as a weapon of war in civil conflicts, or as a political tool used by the police in order to “discipline” leaders of social or ethnic groups.

She came to a number of conclusions that opposed the generally accepted social representations of rapists as antisocial and of femicide as a crime of passion. Rita Segato explained that these acts of violence comply with the existing social codes.  The authors of these crimes see them as social acts aimed less at the women who fall victim to them than at other men. They seek to reaffirm a masculinity that has been undermined by unemployment or humiliating and mind-numbing work. For the army or police, they can become a strategy for fighting subversion and quelling or punishing social protest.

But why does femicide and other violence against women often go unpunished? According to Rita Segato, this is proof of a judicial system that is intentionally blind to the systematic nature of gender-based violence. The system therefore relegates this violence to the private sphere, explained by the uncontrollable individual impulses of the attacker or the victim’s “provocative” attitude.

The words that go with the minimalist choreography of “A Rapist in Your Way” echo the ideas presented by Rita Segato. That is the message behind “The Rapist is You”: rapists are not abnormal individuals on the fringe of society. The words “They are policemen, judges, the State, the president” denounce the judicial system and the use of sexual violence as a weapon by the police and political authorities. Furthermore, the title of the performance piece parodies the title of one of the Chilean police’s anthems: A friend on your path.

The choreography was first performed on 18 November 2019 in front of a police station. The location was chosen because the Chilean police has been accused of 200 cases of sexual abuse since the start of this movement.

The performance piece by Las Tesis takes up the ideas and struggles of Argentinian feminists, but its main source of inspiration lies in Chilean feminism. Since 2011, the movement has grown strongly, primarily due to student mobilization in favor of good-quality, free public education, with the massive participation of female students.

Starting in 2015, the mobilization of female students became explicitly feminist. They denounced numerous cases of sexual harassment and abuse against students by teachers. In 2018, female students organized an entire semester of strikes and feminist sit-ins.

Led by this new generation, the Chilean strike on March 8, 2018 gathered hundreds of thousands of participants. This was how La Coordinadora 8M came to be. It brings together feminist collectives and has become a meeting place for several generations of women activists. It has also become a powerful voice denouncing major social inequalities that are rampant in Chile. Since women are the main, though not the only, victims of an unequal system, Coordinadora 8M began to create ties with other collectives, including the Mapuche and ecologists.

Feminism, a driving force for mobilization

In October 2019, there was a rapid convergence of feminist groups with other mobilized groups. Feminism has become a powerful driving force for mobilization. The leading role of feminism can be explained by this dynamic young generation that has taken up the historical ideas and causes of historical Latin American feminism and its capacity to reinvent means of political action.

In this movement, many collectives of women artists and feminists, including Las Tesis, play a crucial role. Their performance art portrays the female body and seeks to make an impact. Female bodies are revealed and exposed, reminding audiences that the bodies are primary targets of violence in our societies. They also expose themselves to invite women to use their body as a tool for emancipation. The aim is to break with the sense of shame or guilt that is often linked with this act, and to break free from exploitation at work, from abuse, and from social control over the reproductive function of their own bodies.

The right to contraception and abortion: An urgent combat 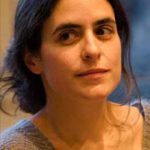