VICE-PRESIDENT OF CONVERGENCES AND CEO OF GRAMEEN CRÉDIT AGRICOLE FOUNDATION

At the Convergences 2015 Forum, held from 19 to 21 September in Paris, Jean-Luc Perron, executive officer for the Grameen-Crédit Agricole Foundation and vice-chairman of Convergences 2015, talks about the Paris Appeal for Socially Responsible Microfinance.

This Appeal, made in 2011 at the previous year’s forum, “is a significant document, a substantial analysis in response to sometimes excessive but sometimes justified criticisms of the world of microfinance”, says Jean-Luc Perron These criticisms include lack of transparency, excessive rates of interest, debt overload among borrowers and a shift away from the initial aims of microfinance services.

The Paris Appeal, which was adopted by consensus by participants at the Convergences 2015 forum, noted these criticisms but also pointed out what the sector has achieved in terms of self-regulation and returning to responsible microfinance. As Jean-Luc Perron explains, the Appeal “puts forward a set of fundamental principles and rules that strongly assert the social role of microfinance, and calls on all stakeholders to make a new start on a sound basis”.

The Paris Appeal was signed by 500 organisations and key figures before a meeting of the G20 in 2011. Although the meeting did not grant the Appeal as much interest as was hoped for, it drew attention in the United States.  A major US network, the Microfinance CEO Working Group, offered to sign the Appeal, which became global in 2012. “The text was rewritten but retains the essence of Paris Appeal’s message”, says Jean-Luc Perron.

This global appeal, which is also intended for regulators and international development agencies, is to be monitored. All stakeholders are invited to launch initiatives and provide the relevant information to a special secretariat to be set up by Convergences 2015. At the end of 2013, this secretariat will report on all of the commitments made by microfinance institutions (MFI), investors, financing agencies and central banks.

Replying to some of the criticisms levelled at the microfinance sector, which some accuse of keeping poor people away from the formal economy and banking, Jean-Luc Perron says that “the French economic model is totally different to the developing country model”.  Microfinance fills a gap in access to credit in countries where a very small proportion of the population uses banking services (2% to 3% in Ethiopia, 5% in Madagascar, 10% in Senegal, for example). Jean-Luc Perron, as executive officer of the Grameen Crédit Agricole Foundation, explains that by operating as a small lending agency that specialises in financing for micro-credit institutions in developing countries, this institution “combines banking professionalism with social commitment”, and he tells us that an investment fund is shortly to be launched under the aegis of the Foundation. 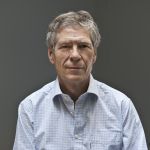 VICE-PRESIDENT OF CONVERGENCES AND CEO OF GRAMEEN CRÉDIT AGRICOLE FOUNDATION