The number of donors per country has multiplied threefold in two decades. Some developing countries have more than 700 active (sometimes very small) projects and receive more than 400 missions a year, each with its own specific requirements. Aid channeled through bilateral as opposed to multilateral institutions would roughly be in the proportion 70/30. To this already complex picture enters the benevolent foundations mainly in Health and Education and the emerging actors such as China deploying significant level of resources.

This system of institutions and rules that govern the mobilization and the deployment of aid to developing countries is euphemistically called the international aid architecture. It has evolved over time as an inter-play between geo-strategic, historical and commercial factors but also the push for the Millennium Development Goals. It is an architecture, which emerged largely after the fall of the Berlin Wall, and is characterized by a larger degree of fragmentation and proliferation without necessarily providing greater effectiveness or additionality.

In theory, proliferation should not in itself necessarily be negative. New players bring fresh air, resources, innovation, new tools and naturally some competition which in principle, should have driven costs down and improved delivery. It is not happening, not yet. The 2005 adoption of the Paris Agenda on harmonization and effectiveness was a major breakthrough. Its implementation is improving everyday, but the record is mixed even among traditional donors. With some of the new players there is concern about debt sustainability, incentives or rather disincentives for governance reforms and reluctance by “new actors” to be bound by “old rules”. The question that is challenging to all of us and is urgent is – how do we find the right kind of framework that accommodates the increased generosity by the foundations, the significant role likely to be increasingly played by the new official players within the context of real additionality, best practices, innovation and accountability to those who give and those who receive by ensuring we are effective and get sustainable results.

According to some estimates, since 2005, the breakdown of global aid composition would indicate respectively; development programs (64%), debt relief (24%), emergency aid (8%) and administrative costs incurred by the donors (4%). What is certain is that “core aid” outside debt relief, peace keeping and other emergencies has declined by 4% since that year. Very little additionality in terms of core resources, reaching beneficiaries in recipient countries.

A related and pertinent question is – what is the role of multilateral institutions whose share may now have declined (30%) but whose institutional knowledge, capacity, regional and global reach keep the “horizontal” concerns addressed even when more resources are raised “vertically” or bilaterally.

What is the optimal path to a more effective collaboration with new players? What is the risk that it will all end up again in “donor fatigue” as inability to constructively engage gives rise to disappointing outcomes. Of course, the greater the coalition around the Paris Agenda by all actors remains as relevant as ever. What is certain, the field will no longer be the same and innovation is imperative. We owe it to the “bottom billion”. 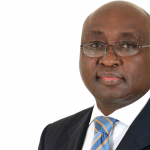