Facebook Twitter Link
Copied to clipboard
Joel Villamon, fisherman at Tablocan, front of his house, rebuilt after the Hayan typhoon that hit the Philippines in November 2013. © Eleanor Farmer / Oxfam

In 2009, in Copenhagen, developed countries pledged to mobilize USD 100bn a year by 2020 in order to help developing countries tackle climate change, by financing mitigation and adaptation. The GCF was set up to host part of this funding  – and not all of it, despite the persistent confusion. At COP21, developed countries agreed to extend the USD 100bn target through to 2025, after which a new collective goal will be set .

The Green Climate Fund’s first capitalization has reached USD 10bn for 2015-2018,[1] i.e. an annual average of USD 2.5bn. Consequently, as it stands, it cannot single-handedly meet the commitments made in Paris. However, the GCF is expected to become the main distribution channel for climate finance which currently flows through  multiples  donors, such as national development agencies – like AFD – or dedicated multilateral funds –about 20 of them. This new and simplified architecture should provide more direct, more strategic and less costly access for  recipient countries.

But the Fund is facing critics from some donors, concerned by its  current weaknesses, especially its lack of strategic direction. Much remains to be done to make it an effective tool recognized by the international community.

During its last Board meeting in early March, the Fund adopted its strategic plan, which aims to guide its action and help set up a transparency and accountability system. This document, which will be reviewed during the next phase of financial contributions (2018), is a step in the right direction, but it could have been much more ambitious.

Country ownership is one of the founding principles of the Green Climate Fund. This involves building the capacities of recipient developing countries, particularly national institutions in charge of implementing climate actions. Without making it its cornerstone, which would have been desirable, the strategic plan has nevertheless included it, and civil society will have a key role to play in the future in improving its operationalization, particularly in the context of the Fund’s accreditation strategy.

The Fund should avoid being over-prescriptive in the definition of its priorities. Part of its added value is precisely to allows recipient countries to finance their own priorities, and not only those of donors. Let’s take an example: adaptation needs greatly vary depending on each country (rising water levels, small-scale family farmers)so it would be counterproductive to seek to identify common indicators for all countries. In this respect, the Board tried to strike a delicate balance between the demands of donors and the aspirations of beneficiary countries. However, tensions are running high and so far the entities which have been accredited are mainly traditional international donors. The challenge is to facilitate the accreditation of national entities in order to give them more power to influence the Fund’s strategic choices.

Finally, the Fund has not addressed yet one fundamental issue: How to avoid financing climate-damaging projects? The Fund must adopt an exclusion list to avoid this type of risk. Some countries, like Japan, consider that building “new generation”, less polluting, coal-fired power plants is an action against climate change. Excluding funding all fossil fuel projects would send a strong signal to the international community, including the private sector.

Provide a response to the financing gap for adaptation

In October 2015, an OECD report, commissioned by the French Presidency of COP21, confirmed  fears expressed by Oxfam: adaptation is the poor cousin of international climate finance. Only 16% of the funds mobilized in 2013-2014 were earmarked for adaptation. Oxfam estimates that by 2020 only USD 5bn to USD 8bn in grants will flow towards adaptation every year , despite  recent announcements made by certain donor countries, such as the USA, Germany and France.

The total amount of public financing for adaptation only adds up to USD 3 a year and per farmer: a pittance compared to the needs of vulnerable communities to protect against flooding, severe droughts and other extreme  events. Based on a temperature-rise scenario of about 2°C, developing countries will need to disburse over USD 500bn a year by 2050. Yet we are currently on a path towards 3°C.

As soon as it was set up, the Green Fund took note of the financing gap for activities which aim to protect the most vulnerable populations from the impacts of climate change, by planning to earmark half of its funds for climate change adaptation projects,. The Fund  must rapidly disburse the funds for adaptation projects such as research and development projects to find new salt resistant seeds, setting up early warning systems to inform populations about upcoming extreme climate events (one of the projects approved last November plans to set up weather stations in Malawi to meet this need), or building a dyke to address rising water levels in Senegal.

By rapidly releasing funding for adaptation projects , the Fund could create a knock-on effect with a number of donors – including France which dedicates only 16% of its climate finance to adaptation, by demonstrating that such projects exist and are feasible.

The Fund must also have the resources to match its ambitions. In 2017, during its first replenishment, donor countries will have to start making new financial pledges for the post-2018 period. France will need to take its fair share and contribute mainly through grants – which are necessary to finance adaptation.  This new GCF contribution must not be made at the expense of France’s bilateral development aid..

Refuse dubious alliances which tarnish the mandate of the GCF

If the Fund aims to become an essential and respected instrument, it must be beyond reproach. Yet, after having accredited Deutsche Bank –the world’s 10th largest funder of coal, it has just accredited HSBC and Crédit Agricole, two of the banks which invest the most in fossil fuels. For example, between 2009 and 2014, Crédit Agricole invested 7 times more in fossil fuels than in renewable energies (EUR 35bn against EUR 5bn). The credibility of the Fund is at stake here. Although the Fund has requested the two accredited banks to align their financial activities with a low-carbon economy, it lends a helpful hand to the banks’ communication strategy which consists of redeeming their image, while diversifying their activities.

It is not a question of shutting out the private sector, which has a key role to play in the energy transition, but  cooperation with companies must be strictly controlled. Institutions seeking accreditation should be able to show that they share the GCF’s objectives. For banks, the existence and implementation of a fossil fuel divestment strategy should be a pre-requisite. Otherwise, the GCF risks putting a fox in charge of the henhouse. The adoption of an accreditation strategy, which is on the agenda of the next Board meeting in June, could mark a turning-point.

The Green Fund, which will choose a new director by this summer, must disburse USD 2.5bn this year. It is an ambitious target. Will it be able to address the emerging concerns and make the right choices? 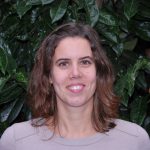