What role can States play in the commons: these resources managed by communities of users? In the ongoing debates, public authorities are alternately presented as being an obstacle or an asset. Benjamin Coriat, Professor of Economics at University Paris XIII (Villetanneuse-Bobigny-Saint Denis), explains why the issue is more complex and is worth raising in other terms.

Are the commons a third way between the State and the market?

No, they are not, even if this appealing idea is often highlighted. First of all, the opposition between the State and the market appears to be largely artificial, as there is a market within the State (mail, urban transport, etc.), as there is the State in the market (regulation and control of sectors, such as the agribusiness and pharmaceutical products).

Secondly, certain commons focus on market transactions and sometimes even operate as fully-fledged companies, yet without seeking to make profits. This is the case with certain couchsurfing platforms (temporary free or paid-for accommodation), or carpooling, which maintain a spirit of community and openness to their activity, in opposition to the predatory practices of Uber or Airbnb, but which do not exclude recourse to monetary transactions.

In other cases, the commons are based on free contributions (Wikipedia, open source software), but conditions for their existence and reproduction depend on property rights and more or less favorable extensive legal infrastructure.

Does the dynamism of the commons depend on the State?

It does to a certain extent, since their development is indeed based on the scale of available legal resources. The Digital Republic Act (LPRN), submitted by the Minister Axelle Lemaire and adopted in 2016 in France, has, for example, allowed these legal resources to be extended. It has consequently widened the scope of the commons, particularly in the scientific field, by authorizing[1] open access to data and publications which were previously exclusively owned by restricted groups (administrations, scientific journals, publishing houses).

So, what role should the State play in the commons?

The State needs to turn into a partner of the commons, to make the legal, financial and human resources required for their development available.

But in my opinion, the issue must be looked at from the other way round. What role can the commons play in the State? Three series of complementary behavior can be considered.

First of all, the commoners can use available State resources to develop their own activity, for example, by using certain funds dedicated to the social and solidarity economy (SSE) provided for in the Hamon Act of 2014.

Secondly, they can divert or hack existing legal resources, but which are designed for a different use, in order to make them consistent with their objectives. This has been the case with Richard Stallman, who has had the genius to use copyright laws to register his software, while specifying that everything he owned was in principle “open to all and freely copyable and duplicable”. He has devised a new type of license: the General Public License (GPL), which not only allows a free circulation of programs, but also the free nature of any future development of the open source software. Richard Stallman said that this was the best hack that he had ever achieved: by diverting intellectual property legislation in order to turn it into a tool for socialization and not for appropriation, for inclusion and not for exclusion.

Finally, commoners can encourage the State to create appropriate resources for the development of their activity. For example, during the debate on the Digital Republic, they lobbied to obtain an article defining the public domain in a positive and no longer negative manner. For the record, everything which falls within the public domain concerns everything for which the use is no longer restricted by law. Yet the commoners wanted to create user rights for the public domain, aiming to allow them to engage in legal proceedings in order to protect the latter. Unfortunately, in the end, this article did not get through, due to the negative arbitrage of the Prime Minister.

New provisions are urgently needed with, for example, supplements to the definition of the Public Interest Cooperative Society (SCIC), which could provide a stable, appropriate and recognized legal form to a number of commons, which currently do not benefit from any legal status.

In a nutshell, the commoners need to promote the emergence and assertion of a State function which currently does not really exist: that of a State acting as a partner with which commoners can enter into a contract. In Italy, regions or cities negotiate formal agreements with communities of citizens to entrust them with the management of a garden or industrial wasteland, to turn it into a space for exhibitions, sharing or cultural or educational activities. This formula, which is also common in Scandinavian countries, provides a good example of the potential for cooperation.

Is there not the risk of the specific management methods of the commons being diverted by State actors?

It is indeed a risk. The relationship between the State and the commons may be complementary, just as it may create tensions, with the need for commoners to maintain their values. Conversely, the rules of the commons need to remain consistent with the basic rules of the Republic, and be careful not to contain discriminatory elements.

When the commons fall within the management of a specific resource by small communities, it is, indeed, necessary to ensure that the management does not turn into a holdup by the community of the resource in question. The commons only make sense when they allow the values of equality and freedom to be revitalized when – and this does sometimes happen – they are diverted towards certain State practices.

What relations between the commons and public services can we imagine for the future?

Where public services fulfill their role, we absolutely must not pit them against the logic of the commons but, on the contrary, consider their complementarity. But in cases where the public sector is running out of steam, how can the State and the commons mutually revitalize each other? In my opinion, this is the major issue for the future.

I dream of a society in which the State would guarantee access to education and healthcare for all with commonalized governance. Users, patients and staff would consequently have the right to oversee (and better still, the possibility to take action over) governance, in order to guarantee equal access to these services and their quality. This citizen oversight should not allow the State to offload its responsibilities, but to exercise them more effectively.

By contrast, where public services do not exist or are only partially delivered (a few hours of electricity a day, no regular drinking water, etc.), at best, the State can guarantee nothing, and at worst, it acts as a predator. Consequently, the commons must set objectives that are similar to those in countries where a real notion of public service prevails.

In practical terms, if resources and expertise are in place (whether they come from local mobilization, development assistance, NGOs or the private sector), the construction of the common must be guided by three principles:

The common could work towards the construction of a bottom-up service. Over time, and with the increase in the number of local commons, charters ,interlinking them could be established. These locally rooted charters would thereby provide the legal basis on which infrastructure and the public service could be established.

I say it again: the common is a powerful instrument for establishing or reestablishing social inclusion and equality. If it is designed and practiced in this manner and in this spirit, it is not contrary to the public service, but indeed complementary. 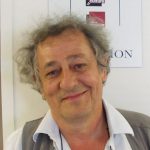