Head of the Infrastructure Desk at NEPAD Business Foundation

The 6th BRICS summit, which was held from the 15th to 16th of July 2014 in Fortaleza, Brazil, endorsed the creation of the “New Development Bank” (NDB) and “Contingent Reserve Arrangement” (CRA). These two new institutions, which act as a development bank and common currency reserve fund, with the purpose of mobilizing resources for infrastructure and sustainable development project in BRICS and other emerging and developing economies, particularly in Africa, and to control the volatility of the currencies of member countries. What will be the impact in the development finance world?

How did this project come about? What are the ambitions and challenges of the NDB?

The set-up of the two new institutions was announced at the New Delhi summit in 2012. Two years later, the BRICS members have now agreed on the amounts of USD 100m for each institution with an initial subscription of USD 50m for the NDB and the distribution of capital between the countries. It was also agreed that the headquarters would be in Shanghai and the first regional center in South Africa. The launch of the NDB is however planned for 2016.
In one of my articles, one of the things I explain is the difficulties involved in establishing these banking institutions. The fact that member countries have managed to do this is an achievement in itself. The formation of the new bank will increase the availability of liquidity for infrastructure projects. It will also contribute to increasing competition when projects are submitted. This will also have a stimulating effect and should accelerate the duration of the due diligence for loan approvals. Currently there is not much information on the financial products that the bank will offer since the Finance Ministers of the BRICS countries still have to work out the modalities for its operationalization. It remains to be seen what added value the BRICS bank can actually bring in a world of international finance where there are already a large number of tried and tested models. This new bank may not be able to finance core infrastructure projects, as an example in the water sector, for which the returns on investment are weak and on a very long term. The Bank also does not appear to have been established to improve access to financing for those excluded from the structured economy. This is above all because any new, less restrictive rules in the decision process on loans would necessarily lead to a higher risk taking level. This would jeopardize the sustainability of the NDB in the long term. Therefore, multi-sovereign “risk equity” BRICS fund or a guarantee fund for the construction phases for Public-Private Partnership (PPP) infrastructure projects are financial tools which can be explored. These types of financial products are currently being considered by NEPAD.

What are the economic and political consequences of the emergence of the BRICS for the West?

If the ambitions of the BRICS are not held back, changes can be expected in the international monetary order system, with a reduction in the hegemony of the dollar and a loss of some of the means of exerting pressure from the World Bank and the IMF. Emerging countries accuse the latter of being too slow in its own reforms, and too rigid and stringent in the loans condition precedents. The creation of the NDB/CRA can partly be explained by the fact that the IMF is slow to modernize its governance to reflect the increase of the emerging country weight in the world economy.

The foreseeable upheavals in the distribution of global energy resources also has an impact on the relations between the BRICS and the West. The Gas supply agreement between Russia and China provided a glimpse of what can be expected.
More recently, the BRICS refrain from criticizing Russia’s position in the conflict in Ukraine. Any issue between the West and Russia leads to new trade opportunities for the BRICS. This is why South Africa views positively Russia’s embargo on certain European food products, such as fruit and vegetables. It is still not clear what will be the consequences of Russia’s recent embargo on Europe in retaliation to Western sanctions. A new political focus has appeared and will be a force to reckon with. There is an increasing alignment of the BRICS, which would have been inconceivable just a few years ago.

How is the West reacting to the rise in power of the BRICS? Are you in favor of cooperation between this new bloc and the West?

The West perhaps do not take sufficient account of the new power of the BRICS. The West also have our strengths, starting, until now, with its financial capacity. For example, the subscribed share capital of EIB alone stands at EUR 243bn, this amount is well above that of NDB. Furthermore, the know-how and the experience of the West remains at an unparalleled level. Expertise as well as technical and scientific research must continue to be developed. If  Mexico, Turkey and Indonesia are added to the BRICS, the GDP of this group is close to that of the G7 and it is expected to be double by 2050. Emerging countries are aware of their increasing power. At the moment, they are showing a determination to differentiate themselves from the West. Cooperation with the multilateral and bilateral development banks is not their priority. The West must nevertheless seek to continue to strengthen the dialogue, because long term sustainable economic development depends on it.

Are you more optimistic or pessimistic about the emergence of a dialogue? What is your perception of the BRICS’ contribution to development policies?

It is too early to predict the outcome of this new power relationship. The BRICS group also represents 50% of the world’s poor, which sometimes fosters populist discourses. The BRICS promise a different and, therefore, normally innovative development policy. Yet if we take the example of the fight against poverty, the BRICS are lagging behind. Despite its limits, the European economies are much more inclusive and its social models are more effective. Their main strength lies in their flexibility and responsiveness. But for the time being they have not managed to develop innovative models to promote employment, yet this is the challenge that the global world is currently facing. In Southern countries, there is, however, “frugal innovation” that could be further explored by the BRICS as a solution to the fight against poverty. A recent report by the British NGO Oxfam challenges the BRICS on this issue by asking them to adopt a “pro-poor” agenda. To give another example, France’s commitment to maintain and develop family farming, particularly in Sub-Saharan Africa, which respects natural resources and protects employment more, is not mentioned by the BRICS, whereas it could be a source of progress and stability. .

What benefits do you expect in Africa?

South Africa, as a bridgehead, constitutes an essential stage in conquering the African market, as it is Africa’s leading economy in terms of governance, GDP per capita, and the development of its infrastructure. The BRICS are giving it the opportunity to play a full and major role in the sustainable development of the continent.
Africa’s development will not come from the outside, but from its capacity for inclusion, regional integration, continuous improvement in the business environment, infrastructure development and its industrialization. To achieve this, Africa needs good governance, to establish new management methods, within an open and informed partnership, whether this is with the BRICS or with the West. Will Sub-Saharan African countries manage to develop balanced, long-term relations with the BRICS, without rejecting their Western allies? All this is an encouragement for Africa to take ownership of its destiny. Let us remain confident! 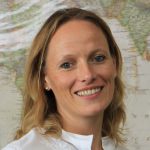 Head of the Infrastructure Desk at NEPAD Business Foundation