Facebook Twitter Link
Copied to clipboard
A worker sewing at a lingerie factory in Guanyun county, on March 25, 2021, some 50 kilometers (31 miles) from Lianyungang in China's northeastern Jiangsu province. (Photo by Hector RETAMAL / AFP)

Over a year after the outbreak of the COVID-19 pandemic, what is the economic situation of workers in the textile industry?

These workers are today faced with a widespread loss of jobs and income, lay-offs without compensation and trade union violence, which plunge them further into poverty and hunger. Indeed, following the fall in sales of clothing, brands and retailers in the sector suspended or refused to pay for their orders from their suppliers, many of which are located in Asia (Editor’s Note: China, Pakistan, Bangladesh, India, Indonesia, Myanmar, Sri Lanka and Cambodia), and used the crisis as a pretext to put further pressure on prices. Since the onset of the epidemic, suppliers have already laid off 10% of their workers. In addition, these workers do not benefit from any social protection that would allow them to get through this crisis. They are faced with an impossible dilemma: go and work in factories that are unsafe in terms of health and get infected with Covid-19 or stay at home and not be paid.

Yet it is the entire clothing industry, from subcontractors to the major ordering parties, that is hit hard by the crisis…

Several major retailers are rapidly recovering from the losses caused by the pandemic and should return to profit this year, partly due to online sales. This is not the case for garment workers. Throughout the value chain, they are the ones who are paying the price for the crisis. And a high price. They are the most fragile, the most vulnerable, with the least protection. In normal times, these workers are already among the lowest paid in the world. The health crisis has made their situation even worse. Wage arrears have skyrocketed. The international Clean Clothes Campaign network, of which Collectif Éthique sur l’Étiquette is the French member, has calculated that between $3.2 billion and $5.8 billion of wages were not paid to millions of workers during the first three months of the pandemic.

Textile industry: “Every purchase is a political act!”

The countries concerned, the major retailers, the consumers… Who is responsible for this extreme impoverishment of garment workers?

Those who are the most responsible are the ones that have caused these disparities, these inequalities, this lack of social justice. The major fast fashion retailers – H&M, Zara, Primark, etc. – thrive on a low-cost production and sale model. To make a profit, they put huge pressure on all the players in the production chain in some of the world’s poorest countries. The major world powers are also guilty of promoting this type of economic model through total deregulation. The garment industry is a fully liberalized sector, not bound to respect the fundamental rights of people or the environment. Current regulations exonerate transnational companies – the leaders in the garment industry – from any legal liability towards their value chain. It is unacceptable.

The collapse of the Rana Plaza in April 2013 in Bangladesh, which killed over 1,100 workers in a textile factory, caused a huge shock wave. Have the working conditions of these workers improved since then?

Some improvements were made just after the event. An increase in the minimum wage in the sector was obtained after a hard-fought battle, from €28 to €80 a month today. These are starvation wages that do not allow any of these workers to support themselves properly. The Bangladesh Accord signed by multinational companies in May 2013 has also improved safety in production plants. But these decisions change nothing in the economic model of retailers, which continue to put pressure on purchase prices to maximize profits.

China, the world’s leading textile producer, reformed its labor law at the beginning of the 2010s, which has benefited garment workers. Is this a viable model?

China has managed to diversify its economy and has decided to invest in sectors with higher added value. It has to be said that this has led to increases in salaries. But even in China, some garment workers are not paid as much as the others. Furthermore, we must not ignore the issue of the Xinjiang region, in Western China. The forced labor of the local population, the Uighurs, has been proven. The fact that major transnational companies take advantage of this has also been proven. These companies enjoy absolute impunity. For example, recent independent research compiled by the Worker Rights Consortium shows that Inditex (the parent company of Zara) maintains relations with two textile production units in Xinjiang, which are complicit with the forced labor system imposed by the Chinese government. In fact, we have just filed a complaint in France against four multinational companies – Inditex, Uniqlo, SMCP and Sketchers – for concealment of forced labor and crimes against humanity in Xinjiang.

So, how can the economic and social situation of textile workers be improved?

It is firstly essential to support the many and continuous struggles of workers in textile producing countries. It is our duty to support them to ensure their success. We also need to make headway with the definition of binding rules imposed on transnational companies. The directive on the duty of vigilance, which is currently under discussion at European level, must introduce the notion of civil liability for these multinational companies and improve access to courts for the victims of the garment sector. Finally, democratic countries must use the political weapon to ensure the rights of these workers are respected in producing countries. 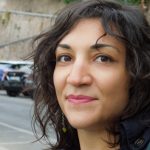