President & CEO of the Trade and Development Bank

The mandate of the Eastern and Southern African Trade and Development Bank is to support intra-African trade and finance infrastructure projects. This development bank was founded in 1985 under the name of PTA Bank and renamed TDB Group in March 2017. On 12 April 2017, this rapidly growing institution signed a USD 75 million credit facility and USD 0.5 million grant with Agence Française de Développement (AFD). The aim is to strengthen infrastructure in Southern and Eastern Africa, whose deteriorated state hinders Africa’s growth and competitiveness.

TDB Group reflects the dynamism of its business area: the 20 member countries of the Common Market for Eastern and Southern Africa (COMESA), i.e. the entire Eastern half of the continent. It has 32 shareholders – sovereign or financial institutions – including the African Development Bank and People’s Bank of China. For five years now, this decentralized bank has been operating simultaneously in five countries. In 2015, TDB Group extended its business area to the Democratic Republic of Congo (DRC), as explained by its President and Chief Executive Officer, Admassu Tadesse, who was one of the speakers at the symposium “One Africa: The Issues of a Continentwide Approach” organized by AFD at the Institut du Monde Arabe on 12 April 2017.

What does the size of the region covered by TDB Group involve in terms of strategic vision and decisions?

Our activities allow us to be everywhere, without difficulty, in a vast geographical area with 537 million inhabitants and a GDP of USD 758 billion. The financial transactions we work on have a very modern approach by nature and fit in with a legal framework based on British law, with international arbitration tribunals. Although we cover a large number of countries, we operate in the “B to B” (Business to Business) sector and “B to G” (Business to Government) sector. The average size of our transactions is quite high, between USD 10 million and USD 80 million, and rarely less than USD 1 million.

We act as a partner in financial arrangements involving other sources of financing. For example, TDB Group took part in financing the largest wind farm in Africa, Lake Turkana Wind Power, alongside the European Investment Bank (EIB) and AfDB. We never operate alone, but always via cofinancing, and we avoid financing 100% of a project – unless it is quite small, by acquiring shares.

Are you specialized in a specific type of financing?

Our financing mainly targets regional trade, with an outstanding amount of short-term loans of some USD 2.5 billion in 2016. TDB Group also operates over the long term for infrastructure projects in Africa (USD 800 million of outstanding loans in 2016). These loans are very diverse and range from the electricity producer Ndola Energy in Zambia (USD 20 million) to the Sudanese Sugar Company in Sudan (USD 21 million), including the Kenya Ports Authority (USD 11 million).

For both trade and infrastructure, we have a preference for job-creating sectors which contribute to social development – agribusiness, real estate, tourism, transport, etc. In addition, our efforts to diversify into export financing have led to a remarkable growth in our activities. The volume of loans has risen by 32% a year since 2011 and the net interest margin by 43%.

What makes us stand out, as a regional institution, is the fact that we have very close relations with many of the countries we cover. We are respected as a neutral actor and mediator, ready to observe investment and financing opportunities in Africa via a collective and not national approach. Most of the countries where we operate are shareholders of the bank. They consequently all have an equal voice. The share of Egypt (7.22%), a giant economy in Africa, is equal to that of Kenya, Ethiopia, Zimbabwe, Zambia and Tanzania.

Yes, we are. We have financed several of them, for USD 28.7 million alongside Exim India, for example, for a 29.4 MW wind farm project in Mauritius.

In December 2016, TDB Group signed a USD 100 million credit line alongside the German bank KfW to support the expansion of road, energy and water supply infrastructure in Eastern and Southern Africa. A proportion of this financing will be earmarked for renewable energy projects, which are part of national policies to diversify energy supply. These projects include Turkana Wind Power in Kenya and the 5.5 MW Hydromax Minihydro power plant in Uganda in the context of a public-private partnership.

Climate change and Africa’s Infrastructure: Adapt now, but do so wisely


Why does the bank conduct its activities from five countries?

Because they are subregional hubs and our bank operates in a decentralized manner. Burundi has always been home to the headquarters of TDB Group since it was set up in 1985 as PTA Bank. In the region, international organizations often focus on Nairobi and Addis Ababa. The bank consequently selected Burundi in the interest of rebalancing – a country where the political crisis subsequently occurred (Editor’s Note: civil war from 1993 to 2002 and new political turmoil since April 2015).

The decision to decentralize the bank was taken in the early 2000s, with offices in Kenya, in order to have outreach throughout East Africa, then in Zimbabwe starting in 2007 to serve Southern Africa, and in Ethiopia to cover the Horn of Africa. The Bank has had two headquarters since December 2016: one in Burundi and the other in Mauritius, a country which allows us to easily travel everywhere and it has an extremely strong profile as the continent’s best performing economy.

Is it complicated to operate in crisis countries?

In Burundi, the bank had to cut back on its staff during the periods of instability and its operations have currently been reduced to a minimum. The political crises are cyclical, whereas economic prospects need to be considered over the long term. It is for this reason that we are going to open an office in Kinshasa, the capital of a country which is also experiencing political turmoil. The Democratic Republic of Congo (DRC), which joined TDB Group in 2015, has strong potential, but shortcomings both in terms of the market and government institutions.


This country needs financing and is not covered by institutions like ours. We are already providing USD 80 million of cofinancing, with the World Bank’s International Finance Corporation (IFC), for a cement plant located 100 km to the north of Kinshasa. It has required a major investment of USD 170 million for DRC. This brand new project, with a production capacity of 1 million tons a year, is being implemented by a South African operator (Pretoria Portland Cement) with a Congolese partner (Barnet).

Does the fact that you worked for a long time at DBSA in Johannesburg make a big difference in TDB Group’s expansion?

Over the past five years, the bank’s assets have indeed increased by 300% (USD 4.5bn) due to the partnerships established with other development banks. The relations with AFD and PROPARCO started the day I joined the bank!

Ten new shareholders have joined TDB Group over the past five years. In addition, a number of strategic financing partnerships have been established with large institutions, such as the EIB, the Export-Import Bank of China (China Exim), the German bank KfW, the Brazilian Development Bank (BNDES), South Africa’s Industrial Development Corporation (IDC), AFD, and the United States Agency for International Development (USAID).

Through my experience, many South African banks are also our partners, despite the fact that South Africa is not a member of COMESA. This country has renowned financial institutions for which we have a lot of respect. Absa, First National Bank, Standard Bank, Investec… we work with all these banks, but also with Europeans and the Chinese.

Does the arrival of Chinese investors, which have been among your shareholders since 2000, change your strategy?

These are highly valuable partners, as they are professional and focused on trade – and not on politics. Our Chinese shareholder, the People’s Bank of China (8.68% of TDB Group’s shares), never dictates courses of action to us and does not exert the pressure which Chinese operators are sometimes suspected of.


Similarly, the credit lines from China are not necessarily conditional upon imports of Chinese equipment, whereas this country can provide it. It is often forgotten that a common practice around the world is for certain financial agreements to be based on this type of incentive. For example, last year, we cofinanced the import of two Airbuses for RwandAir, in partnership with German and French banking institutions. When TDB Group financed the procurement of Boeing planes for several African airline companies, we also obtained American financing.

For their part, USAID, Germany’s KfW Development Bank and AFD allocate financing which is not tied to opportunities for firms from their respective countries, but which first and foremost depends on two main criteria: good procurement practices and the interest of projects for the countries in question. The Chinese have strong financial institutions, capable of identifying attractive transactions by offering discounts on their interest rates which we are unable to apply. We have a very flexible and frank relationship with China, which encourages us to build strong partnerships with other countries – contrary to common belief. It is, in reality, a healthy and open relationship. 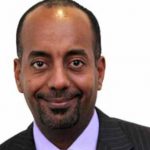 President & CEO of the Trade and Development Bank