What is the most visible impact of the Syrian crisis for Lebanon?

This impact is multifaceted, and generally speaking not very positive, despite the quality of interaction between the two peoples and the cohesion that may prevail. Poverty and vulnerability have doubled, from 28% prior to the crisis to 50% of the population, which consists of 4 million Lebanese, plus 1.5 million Syrians and 300,000 Palestinians. According to the latest Lebanese Crisis Response Plan (LCRP), some 3.3 million people are now vulnerable in Lebanon. This poverty is visible to the naked eye in the north of the country, as well as in the Bekaa Valley. Every available piece of unused land is used by refugees who settle where possible, in unfinished buildings, slums or makeshift settlements on land which they rent from its owners. There is great need for housing and shelter, among all the other necessities of humankind.

There has been a serious impact on the labor market. There is growing concern among the Lebanese who have lost their jobs, especially the youth, who consider that the Syrians compete with them because they accept wages at half the price. We know from various surveys that the refugees are working – in fact, the labor force participation rate of the Syrian refugees in Lebanon is higher than for the Lebanese! So the refugees are working – which is logical as people anywhere in need cannot afford to not work. The issue is how to grow the economic pie and create jobs for everyone. This is not easy in the context of the wars and strife and instability in the region.

Is the situation the same in Jordan?

Yes, although at a slightly less order of magnitude : there are fewer Syrian refugees. The Jordanian Government estimates that there are 1.3 million Syrian people in the country, although according to the UNHCR about 670,000 are registered refugees.

Is there a risk of Syrian refugees being radicalized in Lebanon, particularly in the north?

Yes, this is a risk and the situation is quite urgent. It requires the constant and sustained attention of the international community. This is one of the reasons why the World Bank, United Nations, and the Islamic Development Bank (IsDB) have launched a new financial mechanism on 15 April, during the Spring Meetings of international financial institutions in Washington, to leverage as many additional resources as possible. Lebanon has requested USD 2.4 billion for a five year period to support its development in all the sectors affected by the refugee crisis.

What is the impact of the report published in early February by the World Bank and High Commissioner for Refugees (HCR) on the Syrian refugee crisis, which recommends moving from a humanitarian approach to development assistance?

Among the strong points of this report, this extremely clear conclusion stands out for me : the fact that the social assistance programs such as the e-card food voucher program and cash assistance are working in helping improve the welfare of the refugees. Knowing whether they can continue is another question, but they clearly contribute to reducing poverty.

The second important point concerns the integration of the policies of the various development agencies. What do we do? No international social contract has been proposed on the efforts that need to be made to address the crisis, despite the fact that progress was made at the London conference. It is important to note that Jordan, Lebanon and Turkey have already paid a heavy price for the crisis, even if these countries have also received substantial aid. That being said, the refugees are still poor.

What does the future hold for Syrian refugees in Jordan?

Does the report focus more on Jordan than Lebanon, as some critical voices say?

No, I am not sure I agree with this assessment. It should be pointed out that the data in Jordan are better than in Lebanon, due to the poverty survey which is conducted there by the authorities.

Should Turkey, which is not dealt with in the report, be integrated into a regional approach to development and the future?

Of course, Turkey must be taken into account, but the problem is not quite the same. Turkey is hosting some 2 million Syrian refugees, a higher figure than in Lebanon, but it has a population of 75 million people, not 4 million like in Lebanon. In addition, Turkey has a strong and growing economy, whereas it is stagnating in Lebanon and Jordan. It is for this reason that the World Bank-HCR joint report focuses on Jordan and Lebanon – two countries which are on the brink of collapse under this heavy weight.

Is developing host countries for refugees around Syria the solution, without a political way out of the conflict?

Development agencies will need to be ready as soon as there is a political solution. We need to gear up for the “day after” – if there will be such a thing. It will be a messy process and there may not be clarity nor peace throughout Syria, but we can all collectively draw upon our experiences around the world in reconstruction and peace building.

One can also wonder how Jordan and Lebanon have managed to avoid massive epidemics with the large influx of refugees. They have managed to achieve this, despite the strains on their public health systems. More reflection needs to be given to the development of the region. Multilateral aid agencies need to strengthen local institutions, as they will be managing the consequences of the crisis in the long term, when international agencies have pulled out.

Is speaking about developing Lebanon and Jordan a way for the international community and donors to contain the influx of refugees in these countries?

I find this approach problematic, because Lebanon and Jordan have gone beyond what could be expected of them in terms of hosting Syrian refugees. Europe is discussing the possibility of receiving 1 million refugees on an entire continent, whereas Lebanon alone has hosted 1.5 million of them. If the approach involves helping Lebanon and Jordan to contain the influx of Syrian migrants, efforts need to be stepped up to transfer resources to these two countries, but also to come up with solutions at international level to allow the return of Syrian refugees.

In your opinion, what is the priority?

The host countries need more financing and technical support, without aid conditionality. For example, the international community is putting a lot of pressure on Lebanon and Jordan to provide jobs for the refugees – to some extent conditioning aid on this. Well, as I mentioned above, firstly the refugees are working, but more importantly, there are political realities explaining why the Lebanese for example, cannot open their labor markets just like that – which go beyond economics. Again, think of what is happening in Europe and the resistance there to refugees.

An important priority is to provide concessional financing to Lebanon and Jordan to help them mitigate the medium term impact of the Syrian conflict and refugee influx on their development. This is what the new MNA Financing Initiative is all about and we just had a very successful donor pledging event in Washington on April 15 which raised 800 million dollars in concessional loans for Jordan and Lebanon. This is only a small percentage of the needs of the two countries and is the for first year. We hope to leverage additional funds next year.

Why do you insist on the non-conditionality of aid?

The answer follows on from your previous question. In some ways, the populations of Lebanon and Jordan interpret the London conference on the financing that needs to be provided to address the Syrian crisis in the following manner: “You keep the Syrian migrants and we give you the money”. This is not the right approach. More generally, the international community needs to make efforts to put an end to the war. Everything depends on the political solution that will be found to the conflict. 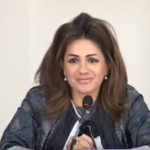