Professor of Anthropology and Forced Migration at University of Oxford

Is the profile of Syrian migrants who go to Lebanon and Jordan very different?

Yes, there is indeed a marked difference. As many as 55% of the 640,000 Syrian refugees in Jordan are from rural areas. They are farmers and herders who have suffered from severe droughts in the past and have not received any support from their government. They have gone to Jordan and their families have subsequently joined them due to the crisis.

In Lebanon, the Syrians come from Damascus, but also from Aleppo in the North, and not only from the border regions in the South. There are Christians, Jews, Alawites and Muslims among these populations. It should be noted that 500,000 Syrians were already working in Lebanon before the crisis broke out, and accounted for the bulk of the workforce in the construction industry. Here again, their families joined them and they now number 1.5 million.

For the record, the Lebanese region of Akkar, on the border with Syria, was Syrian until 1938. The first flows of refugees went to this province because its population is very close to the Syrians. Middle-class Syrian nationals now go wherever they have relatives and where they think they will be able to survive. They sometimes go directly towards Europe, but most feel the need to be supported by relatives before being able to find a job.

Does the seriousness of the crisis not point to the powerlessness of the international community?

Yes, it does, but there are still possible lines of approach open to us. We have not yet recognized that, ultimately, we are not necessarily going to see the fall of Bachar el-Assad. The Syrian government is currently gaining ground and is attacking all those who oppose it: the “moderate” opposition and radical extremists. It would appear that the West is not prepared to acknowledge this. Once the regime has regained control of the City of Aleppo, over 80% of the total population of Syria will still be in Syria. In 2012, the US announced: “No more Bachar al Assad, he has killed too many people”. There is no question of defending him, but simply of recalling the fact that Western countries tolerated Robert Mugabe in Zimbabwe, although he had also killed a lot of people.

From a political point of view, if there was a little more sympathy for the Syrian people and less emphasis on the need to negotiate with just one man, we could consider the necessary reconstruction. This really needs to be done, otherwise we will be faced with a “big black hole”, like in Afghanistan. If Europe does not want to see another 2 million Syrians forced to flee, we will really need to reconstruct Syria, build schools, roads, hospitals. Otherwise, how will Turkey cope? The situation is untenable. There is a risk that Europe will implode under this pressure. It should be pointed out that an increasing number of Syrian families are sending their young men who are under 18 to Europe, alone, because they know they will be received, trained, and could be sent back to Syria later.

The situation of Syrian refugees is described as unprecedented, but has this not already happened in the region?

Yes, it has. There are 1.5 million Iraqi refugees in Syria –  that is the same number as the Syrians currently in Lebanon. The Lebanese tend to forget that a number of them were themselves refugees in Syria between 1975 and 1990, where they benefited from Syria’s public system. The Lebanese complain a lot, maybe a bit too much!

What is the most distorted and most widespread perception over the Syrian conflict?

A populist discourse prevails in Europe, saying that the host countries are full, that they are Muslim migrants who are going to destroy society, attack women, etc. This is despite the fact that the Syrians who go there are middle class and trained professionals.

Will Syria be unstable for many years to come?

We could have hoped that the moderate opposition would be in a position to rapidly negotiate with the Bachar el-Assad government. The chances of seeing this scenario occur are fading: the Russian military successes suggest that the Bachar el-Assad regime will regain control of the country.

What would be your recommendation to Western governments, who are also donors?

We have to be very careful to reduce the push factors for Syrians and influence the pull factors which can encourage them to stay in Syria. Donors need to hold their noses and work with the Syrian government. It is vital that we find a way to provide education to refugees, who have been out of school for five years, so that they can return to build a new Syria from a different perspective.

The regional response, in Lebanon and Jordan, involves creating new schools for Syrian refugees, with a reduced curriculum – without history or politics. This situation is not likely to change, at least not without very high level intervention. When a wave of Iraqi refugees flocked to Syria between 2006 and 2007, the authorities did not authorize many NGOs to come to the country and insisted that foreign aid went directly to Syrian structures, so that the refugees could go to the country’s schools and hospitals. As a result, the Iraqis were well educated and have not become a problematic group in Syria, where they have become integrated.

Is this the right response to the risk of the radicalization of these young people?

This is also why families send their young boys to Europe alone. They want them to escape from Islamist radicalization. This is a golden opportunity that we really need to become aware of in Europe. Even if we only educate 200,000 of these young people and introduce them to the Western way of thinking, they will later be able to go home and rebuild their country in a different spirit. 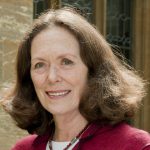 Professor of Anthropology and Forced Migration at University of Oxford