What is the situation in Lebanon?

There are huge needs and the situation is explosive, especially since Lebanon was already hosting 400,000 Palestinian refugees prior to the crisis in Syria. According to HCR, we have 1.1 million Syrian refugees, and 1.5 million according to the Government, i.e. a third of the Lebanese population.

The Syrians who are in Lebanon are going to stay there for another five years. According to our data, 20% of them will not return to Syria. So it is consequently no longer a question of emergency, but of development. We should pay tribute to the exemplary solidarity of Lebanon, which has received these refugees despite its economic and political crisis. The country has been without a president for two years, but has decided to integrate Syrian migrants, whereas the European fortress is unable to agree on receiving 130,000, despite the international texts on refugees and the right of asylum.

What role do NGOs play in Lebanon, and especially yours, Amel International, in managing the current crisis?

Local NGOs manage 760 health centers and clinics in Lebanon, against 100 for the public sector. This shows the importance of civil society, which is extremely dynamic. The Lebanese NGO Network, which I head, works a lot on coordination with major NGOs, like Caritas, and international agencies.

For the record, Lebanon experienced 16 years of civil war and 22 years of Israeli occupation, periods during which the public sector was weakened. Civil society has taken up the baton. Amel was founded in 1979, after the first Israeli invasion. During the civil war (1975-1990), this NGO managed to set up 3 tented field hospitals, 27 centers, and a fleet of 30 ambulances. It evacuated 1,200 wounded people to foreign hospitals, including 550 in France.

Today, this NGO has 24 health centers, 6 mobile clinics and 800 employees. It is secular and goes against the current of identitarian closure by working in all communities: Christian, Muslim, Sunnite, Shiite, Druze, etc. Its slogan is “Positive Thinking and Permanent Optimism”. It has offered 1.1 million services to Syrian refugees in recent years: medical acts, training, academic support for 7,000 children, distribution of blankets, mattresses, food. Above all, we address the dignity of the human being, irrespective of their religious, geographical or political affiliation.

What are the limits to your action?

We get by, just like governments or international aid agencies! We have a real problem in terms of hospitalization. Approximately 15% of Syrian refugees in Lebanon are sick, and the national structures are widely overstretched. HCR covers 75% of the cost of the medical bill, but not occupational accidents and chronic diseases. Education poses enormous challenges: 400,000 Syrian students for 280,000 Lebanese students. Approximately 35% of Syrian children do not attend school. This is a real time bomb! Our aim is to train 5,000 young Syrians, Palestinians, Iraqis and Lebanese to become new social actors and take up the baton. 19% of the 32,000 prisoners in Lebanon are Syrian, due to economic and social problems (lack of job opportunities, difficulty to pursue studies…). The large prison in Beirut has 3,000 inmates, including 1,000 Syrians.

What are you requesting in order to continue to support these actions?

A national action plan with local NGOs needs to be supported by international NGOs and development agencies. No institution is able to manage the current situation: 1,700 informal camps in 1,400 cities and villages in Lebanon. USD 6bn of financing pledges were made in London, mainly by the UK and Germany, including USD 1bn for Lebanon. These pledges are made less out of solidarity than for fear of seeing an inflow of Syrian migrants in Europe.

The money must be spent for beneficiaries and not for charity business structures. A medical consultation costs USD 15 with a local NGO, and this amount can double with the United Nations or an international NGO. According to the Guardian, only 2% of all the aid released for Syrian migrants goes to national NGOs. I call for us to work with these local NGOs, without seeking to replace them, as they will remain after the crisis.

AFD has launched outstanding work in the health sector for two years, with mobile clinics and primary healthcare, in partnership with NGOs. This is something new. This type of action still needs to be developed jointly by NGOs, particularly local ones, in partnership with institutional donors, in permanent coordination with public authorities and, where necessary, with the additional support of international and non-governmental partners.

The stumbling blocks to avoid concern the traditional conflict, in our sphere of humanitarian action, between professionalism and commitment. Professionalism, which is a quality, can lead to an excessive degree of technicality, administrative work and bureaucracy. For example, in one of our centers, one of our partners questioned the morbidity patterns, explaining to us that the number of consultations was too high. As we are aware of the situation of immense suffering experienced by people in this area, we thought that we would jointly develop a plan to ensure that the curative approach was accompanied by a psycho-social approach. Yet those we considered as our partners suggested rather that we observe our doctors, review their diagnosis and their approach. They considered that there was a hierarchy between our doctors and their doctors, which they found more professional. Rules are sometimes established by NGOs, theoretically for the well-being of all people, but they in fact result in a technicality that does not contribute to the dignity of all.

This phenomenon is not specific to AFD. In the field, we adapt. We should remember that throughout history, humanitarian action was first religious, then colonial and solidarity-based, before becoming a charity business after the end of the Cold War.

How can relations between organizations from the North and South be improved?

We must put an end to the Western habit of deciding everything everywhere, because it has the knowledge, competence and technology. In our planetary village, citizens have now become global, and we need to work as equals. In my view, always wanting to tell others how they must work is tantamount to neo-colonialism.

For my part, I studied in France for ten years, I am familiar with human rights and I do not need to learn my job: working for the most vulnerable, these people we do not personally know, neither me nor our external partners, is a vocation, a common commitment.

In Lebanon, Amel has built a pioneering partnership with Doctors of the World (MDM), on an equal footing. This type of relationship should allow us to fight against the growing inequalities, for a fairer world, against double standards. It is inhumane not to make any mention of hundreds of people who have disappeared if they are Syrian, and to see all the press talk about a Westerner who he has been kidnapped somewhere.

What are you expecting from the World Humanitarian Summit?

For it to take a step forward, always clearly bearing in mind that better is the enemy of good. How can we make progress towards more committed and more solidarity-based humanitarian action? The United Nations have failed to solve security problems in the world. The idea of sustainable development was adopted after the end of the Cold War: at the time, there were 400 million poor people and 10 billionaires in the world. Today there are 2 billion poor people and 550 billionaires. The rich are getting richer and the poor are getting poorer. We all know that this cannot continue. Even the President of the World Bank acknowledges this! There is no democracy without development. First we eat, then we think! We need to move towards more committed action in the field with the vision of a common future, with a return to the regulatory State, on which civil society can put pressure in order to redress inequalities. 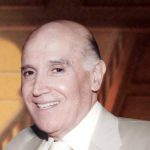