The French telecoms group Orange, the third largest operator in Africa, after the South African MTN (109 million subscribers) and ahead of the Indian group Bharti Airtel (53 million users), was at the European Development Days (EDD) on 16 and 17 October in Brussels.

Its objective was to make contacts and present its strategy to develop mobile services in Africa to participants. As part of its corporate social responsibility (CSR) objectives, Orange, which operates in 18 African countries, aims to “Develop the ecosystem around its subsidiaries with innovative services”, explains Marc Ricau, Vice-President Country and Partnerships for the French operator’s Africa, Middle East and Asia region. This involves “e-health”, “e-education”, mobile phone services for farmers, mobile banking, etc.

Telecommunications contribute up to 15% of growth and 10% of Government taxes and revenues in Senegal.

One of the priorities of Orange’s strategy concerns coverage for rural areas and services for farmers. “Isolated people who can get the market prices on websites where their products can be sold, thanks to a mobile phone”, points out Marc Ricau. “We can also give advice through oral replies or by text message using technical databases with teams which have sufficient agronomic expertise.”

“The ultimate objective is not philanthropic”, explains Marc Ricau. “Orange has a foundation for patronage activities. Here, we are working for CSR. The ultimate goal is commercial, but that is not all. We are major economic players in the countries where we are established. We have commissioned a study on the impact that telecommunications have on the development of Senegal. It showed that we contribute up to 15% of growth and 10% of Government taxes and revenues. There is a very strong impact. We aim to support the development of countries via new services.”

Orange works on the basis of priority areas in partnership, for example, with Agence Française de Développement (AFD) for “e-education” projects. The other priorities include rural areas, health, energy, with the use of solar power to supply rural facilities. “We work on coverage and providing new services in the countries where we are established, Internet, 3G and 4G”, says Marc Ricau.

Orange’s social commitment, via its technologies, ultimately aims to make it stand out from other operators in an African market which is highly competitive, but holds strong potential. At the end of 2001, Africa had some 620 million mobile connections with a 60% penetration rate. It has experienced an average growth rate of 30% over the past ten years. According to the figures of the GSM Association (GSMA), which represents the interests of mobile operators worldwide, the penetration rate has increased twenty-fold since 2002. GSMA expects the continent to reach 906 million connections by 2015, with an 85% penetration rate. 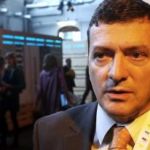