Conflict is generally taken to mean trauma, and humanitarian to mean psychosocial. When a conflict ends, it is true that the key word is “loss”: the loss of a sense of safety, of dignity, of hope. Compared to the general population, people emerging from conflict have three-times higher rates of depression and seven-times higher rates of drug addiction. Emergency and post-emergency aid providers and workers are the most exposed to these populations, and must address their needs in aid programmes.

However, a closer looks reveals that, through several aspects of their work, development-aid workers also touch these populations. As aid professionals make plans to rebuild schools in a post-conflict country, how can they not think about children’s capacity to learn after having experienced trauma and family violence during the conflict?

Our goal would be to improve well-being by repairing a person’s relationships to the objects and with worlds surrounding him or her.

When urban violence runs rampant, we see people descend into alienation and discomfort. Genuine urban development can take place only where people can come together and recreate social ties. Simply replacing their former lands with economically equivalent ones cannot make up for displaced people’s loss of bearings.

There are many other examples where development projects could and should more closely align with populations’ well-being. Using these examples for inspiration, we could change the paradigm and move from meeting a “beneficiary’s” basic needs through the provision of life-saving assistance and materials, to taking individuals’ relationships into account. Our goal would be to improve well-being by repairing a person’s relationships to the objects and with worlds surrounding him or her.

However, one must be careful. We do not espouse including “psychological first aid” in every project. Rather, we want to put populations at the center of projects by systematically asking about people’s welfare, using a holistic view rather than one focused solely on vulnerable populations.

This proves even truer when people need help to live, or when people do not have the cognitive or social means to relate to a development project or with one another. While food, shelter, clothing and healthcare count as vital needs for each individual, fostering psychological and emotional balance and creating harmonious social relationships remains equally vital and necessary for a person to thrive. I would even go so far as to say mental balance and harmonious relationships are prerequisites for totally successful development projects. 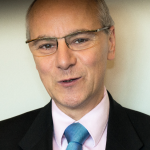