Out of the estimated 15,000 women business leaders in the Kingdom of Morocco, 600 have joined the Association of Women Entrepreneurs of Morocco (AFEM). This structure operates like a network, installs incubators, and conducts advocacy towards public authorities, as explains its President, Asmaa Morine Azzouzi.

Is it more difficult for a woman than for a man to set up their business in Morocco?

Society indeed continues to be patriarchal, but there is less and less the problem of mentalities. The fact that women manage companies has become commonplace. The new status of auto-entrepreneur, which came into effect in 2015, is a great success: 47% of the people who register are women.

Furthermore, the Moroccan General Confederation of Enterprises (CGEM), the main employers’ organization of which AFEM is a member, is led by a woman. Miriem Bensaleh-Chaqroun is also one of the founders of AFEM.

In reality, another constraint explains the low number of women who set up structured companies, limited liability companies whose management is more cumbersome and requires more time. Morocco simply lacks daycare centers for young children! Women are primarily responsible for children, as is the case in Denmark or elsewhere. These countries have public daycare centers and kindergartens – unlike Morocco.

Are there no private daycare centers?

Yes, there are, but the prices they charge are not very affordable, about EUR 400 a month, the equivalent of the average wage of a junior woman office employee. The minimum wage is under EUR 250 a month and salaries are not very high.

Extended families cannot take over to look after the children of working mothers, because urban housing is increasingly focusing on the model of the nuclear family. In large cities, young couples will go and live in the suburbs and come up against transport problems.

We need municipal public daycare centers. This is not a priority for the authorities at the moment, but we conduct advocacy towards our Members of Parliament, who hold 15% of the seats, so that they can speak about it.

Is it complicated for women entrepreneurs to access credit?

We have conducted surveys and women do, indeed, mention this difficulty. Certain bank branches ask women for additional guarantees, but if you have a strong application, it is accepted. Access to credit for a start-up requires serious guarantees for men and women alike. It is for this reason that AFEM has negotiated a system with the Central Guarantee Fund (CCG), which covers 80% of an investment loan for an entrepreneurship project led by a woman.

Is it also a handicap to be a woman when you need to give orders to men?

If competent and recognized women give work to men, they will be very glad to have it! For workers, there is absolutely no problem in having a woman boss. However, it may turn out to be a bit more complicated to have women executives in a small structure. When it comes to larger and well-structured companies, no one thinks in terms of men or women, but of competence and efficiency.

What are the stereotypes which irritate you the most over the role played by women in your country?

Morocco is not France, which itself is not Finland! Everyone has their own level of development, their own culture and obstacles.

What really undermines us is the illiteracy rate, which is still extremely high in a Moroccan rural world where a woman works hard all her life without income. She works 18 hours a day, but is not included in the statistics of working women of the High Commission for Planning (HCP), because she does it for her family. It is the man who goes to sell the goods at the souk or wholesale market. It is enough to make you cry: rural women do not work in the eyes of national statistics, whereas they work from morning to night.

Why has AFEM launched a network of business incubators?

For us, it is a citizen-based mission, which aims to fill a gap, by specifically encouraging young Moroccan women to set up their company, to give them more chances of success.

AFEM consequently conducts awareness-raising work in schools, universities and professional institutes in order to give young women information about setting up a new business. We subsequently conduct recruitment campaigns, by using the social networks a lot. We select projects and the successful candidates receive free support for 18 months, which allows them to benefit from overall legal, financial and commercial assistance.

How big is this network?

Our activity started in 2006, when AFEM launched the network Maroc Pionnières, with the support of several donors. Today, we have the support of Belgian cooperation (Min Ajliki program of APEFE), Moroccan OCP Foundation (Office Chérifien des Phosphates), Moroccan Ministry of Family and Agency for Social Development (ADS).

This incubator Maroc Pionnières was launched one year after Paris Pionnières was founded by Frédérique Clavel. We have since launched four other incubators for women in Tangiers, Rabat, Meknès and El Jadida. Two others will soon be open in Marrakesh and Tetouan.

To date, our pioneers have created over 300 companies, mostly in services – a major market trend, since 80% of companies set up by women operate in the service sector.

What services do you offer to the women who are members of AFEM?

Training in personal development, management, digital transformation, as well as business missions abroad. AFEM also provide female entrepreneurs with information on business support programs – both national and international – such as those conducted in the agri-food industry by the United Nations Industrial Development Organization (UNIDO).

What are the main focuses for your advocacy?

That they provide AFEM with financial support for incubator management, and help us, via loans and grants, to create new similar structures.

It would also be wonderful if they could contribute to establishing daycare centers for young children. 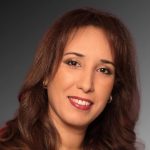