By Marie-Cécile Naves Policy analyst, Director of the Gender and Geopolitics Observatory (IRIS, Paris)
About this author
Follow the author

Marie-Cécile Naves believes that sport is a multi-purpose tool that can be leveraged further to achieve the Sustainable Development Goals (SDG), particularly gender equality. She takes a look back at some inspiring initiatives.

Discussions about the 17 Sustainable Development Goals (SDGs) regularly raise questions about potential competition between them or internal contradictions. Yet multi-purpose tools such as sport and physical activity can offer solutions, provided that they are integrated into policies that can be adapted, replicated, and ideally, measured.

Sport as a contributor to a shared world

The United Nations 2030 Agenda claims that “Sport is an important enabler of sustainable development. We recognize the growing contribution of sport to the realization of development and peace in its promotion of tolerance and respect and the contributions it makes to the empowerment of women and young people, individuals and communities as well as to health, education and social inclusion objectives.”

Sport was recognized as a fundamental right in UNESCO’s 1978 International Charter of Physical Education, Physical Activity and Sport, and showcased in the Kazan Action Plan signed in 2017 during the Sixth International Conference of Ministers and Senior Officials Responsible for Physical Education and Sport (MINEPS VI). And yet it still doesn’t get enough attention and support from decision-makers. Although there has been diplomacy of influence at the highest levels, “sport for all” is rarely included in comprehensive international policies and inter-ministerial measures, even though it can improve education, health, inclusion, cohesion, equality and environmental responsibility in all sectors.

Many innovative initiatives use physical activity and sport to promote a sustainable, shared world. Some of these are meant for a few dozen people, while others are larger-scale. They are made possible through support from various partners —ministries, national agencies, international organizations (both related to and unrelated to sport). Many of them specifically target girls or women who are most severely affected by socioeconomic inequality, conflict and climate disruption, and whose rights continue to be denied in many countries and regions.

Consequently, it is useful both in political and forward-looking terms to address gender inequality. This could inspire those working in the field and effectively inform international public decision-making to build a geopolitical agenda that emancipates everyone.

These projects must adapt measures that use sport to promote the equality and empowerment of girls and women to local or national contexts. They should also be based on the needs of populations; involve local protagonists in their governance; and prioritize transmission, setting an example, and identifying levers of development and sustainability.

In Burkina Faso, the local version of the “Tackle Africa” initiative is instructive. This British program was founded in 2002 and partners with FIFA and the Yaya Touré Foundation. It works closely with local NGOs specialized in health prevention and information and targets boys and girls aged 10 to 20. Some of the topics addressed with girls as well as boys include sexually transmitted infections, access to contraception and abortion, and sexual violence (rape, harassment, forced marriages, genital mutilation). The program organizes football matches, often with boys and girls playing together. Some 600 coaches, both women and men, are specially trained to share health messages with the children, facilitate interactions with and among them, help them express their emotions, and develop respect for themselves and others. The idea is that these young people will then go on to share what they’ve learned with their families and communities. The program also seeks to break gender taboos.

Encouraging girls to play football shows them that they can shine and have fun in a so-called “boy’s sport.” They learn to worry less about others’ perceptions and transgressing traditional gender roles. The program also offers a platform for information on sexuality where young people can have confidential discussions. And there is free testing and comprehensive treatment for young people infected with HIV.

In Oceania, rugby is used to fight against gender discrimination

In Oceania, World Rugby’s “Get into Rugby Plus” program takes a similar approach, with support from the Australian government, UN Women, and the European Union. It creates a safe and inclusive sporting environment to raise awareness about gender violence by teaching rugby to populations that don’t usually play it in certain parts of the Pacific (where rugby is very popular).

Coaches (an equal number of women and men) are trained to share concepts of excellence, leadership, self-control and equality through sport. “Rugby’s values” are not empty words: solidarity, mutual assistance, respect between boys and girls, the rejection of violence, and questioning of one’s relationship to others through the practice of rugby are part of this education through sport.

In the Pacific, where the rates of gender violence are among the highest in the world, and where there are few women in the political sphere, the “Get into Rugby Plus” program helps transform hierarchical social norms and provide young people with life skills. Its long-term goal is to work with community and governmental stakeholders to fight all forms of gender discrimination by spreading more overarching political messages. Using an extremely popular sport as an entry point, they can work more closely with local populations to eliminate the top-down aspect of this kind of project and inspire other local stakeholders.

Disseminating positive initiatives based around sport

These two initiatives, among others, offer original proof of concept based on user experiences. Of course, sport does not magically change society and gendered social relationships; promote development, peace, reconciliation, tolerance and mutual understanding; and fight against ignorance and patriarchal social structures. But because of its universal nature, it can be used as a tool to promote the active and willing participation of girls and women in society, and promote commitment to helping others and mutual respect starting in childhood and throughout all stages of life.

It is important to spread the word about positive experiences from around the world that target very diverse audiences in terms of origin, religion, age, family situations, health, location, experience, identity — as well as contexts such as war or peace. Through our collective intelligence, we can help perpetuate successful initiatives, learn what works, and develop international collaborations as part of a ‘planet of learners’ to help realize the SDGs.

Development: when sport comes into play

By Marie-Cécile Naves Policy analyst, Director of the Gender and Geopolitics Observatory (IRIS, Paris)
About this author
Follow the author 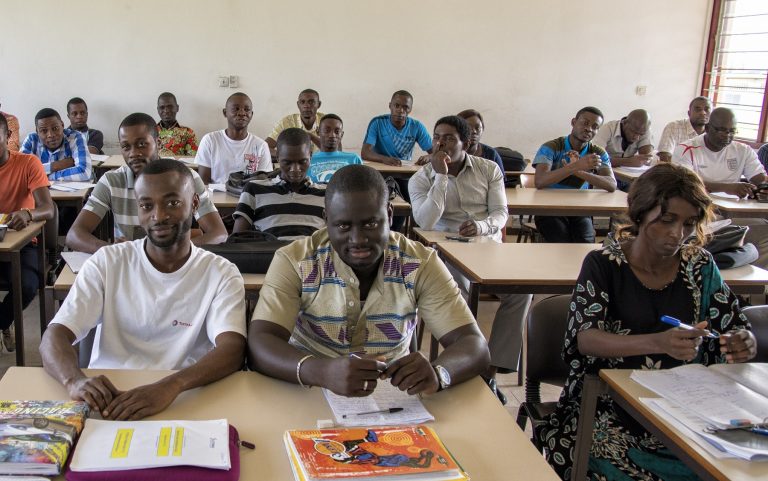 “Supporting youth integration does not solely depend on flow management”

Margarita Astrálaga
Director of the Environment, Climate, Gender and ...
Read