Professor of International Economics at University of Geneva, Senior Fellow at FERDI

Role of sharing a common language in trade relations

Sharing a common language leads to a reduction in transaction and communication costs, making it easier for companies to enter a new market, but also to maintain existing trade flows over time, including in the event of economic disruption. In addition to these costs, sharing a language also appears to have an impact on the level of mutual trust. Based on an Eurobarometer opinion survey conducted in European countries between 1970 and 1995, researchers[1] have demonstrated that sharing the same language fosters mutual trust, which in turn has a positive impact on trade. Generally speaking, taking account of linguistic ties improves our understanding of certain economic behavior in areas such as international trade, migrations, language learning, or even of the results of the Eurovision Song Contest.[2]

What is the situation with La Francophonie? In a recent study published in the report “The Economic Impact of Languages”,[3] we have estimated the impact that sharing French has on the trade of French-speaking countries. As the contours of La Francophonie are unclear, we used the two following criteria as a basis: (i) a political criterion: French must have the status of official language; and (ii) a demographic criterion: at least 20% of the population is French-speaking. By applying this definition, 33 countries belong to the Francophone community.[4]

In 2013, approximately 14% of the trade of French-speaking countries was conducted with other countries in this community. Given the fact that the Francophone community accounted for approximately 8% of global GDP in 2013, this figure appears to confirm that there is a privileged trade link between these countries. While this result can partly be explained by the reduction in trade costs brought about by sharing the same language, other factors (such as geographical proximity, strong historic ties, preferential trade agreements, etc.) also contribute to boosting trade within the Francophone community. In order to distinguish the specific impact of sharing a language, we conducted an econometric analysis on a large sample (153 countries, including 33 French-speaking countries for the period 1995-2009). Consequently, on average, it is apparent that a French-speaking country benefits from an additional trade of 22% with the other countries in this community compared to the trade it would have with these same countries if they were not French-speaking. This increases wealth (for example, France benefits from an indirect impact on its GDP per capita of 2.6%). In addition, the results show that sharing French has increased resilience in trade relations in times of crisis, with an additional trade between these countries of 33% between 2008 and 2009.

Graph 2: The influence of French on bilateral trade in the Francophone community

The diamond shapes represent the estimated additional bilateral trade (as a %) and the dotted lines show the confidence intervals at 10%, associated with the estimated impact.

In addition to these macroeconomic benefits, Francois Grin[5] emphasizes the individual benefits gained from having a command of foreign languages in professional activities. The author estimates the differentials of income from work which can be attributed to the language skills of individuals, by focusing on the case of multilingual countries like Canada and Switzerland. The command of French in German-speaking Switzerland leads to a wage premium of approximately 14%. More generally, having a command of several languages improves integration into the labor market and increases resilience.

What are the lessons for the future of the Francophone community?

What would happen if we extended La Francophonie? Promoting French would contribute to the international influence of the French language and its culture. This aspect alone could justify a policy to promote La Francophonie. In addition, the results presented above also show that the development of French has positive impacts on the economy.

However, it is necessary to qualify the benefits expected from a policy to promote French: this would involve increasing the proportion of foreign French speakers, but should not affect, at least in the short term, the proportion of people whose maternal language is French, or the adoption of this language as the official language. Jacques Melitz and Farid Toubal[6] have, however, broken down the impact of the language on bilateral trade flows by distinguishing the respective effect of its different components. Their analysis shows that sharing a non-native spoken language accounts for just under a third of the total effect of sharing a common language. Consequently, the impact would be lower than expected, as the enlargement of La Francophonie would only act on one of the components of the positive impact of the language.

These results do, nevertheless, also suggest that French could benefit from a strong population growth in French-speaking Africa (where French is the native language of a significant proportion of the population) and an economic catch-up in the region in the coming decades. France, and the other French-speaking countries, could consequently take advantage of this strong growth, provided they are able to deal with the increasing competition from English in the region.

In addition, why not give impetus to the Francophone community by integrating “Francophile” countries with strong growth potential into it, as Attali (2014)[7] suggests, such as Nigeria, Ghana, Qatar, Thailand, Vietnam and Egypt? 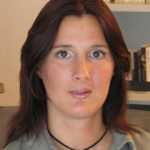 Professor of International Economics at University of Geneva, Senior Fellow at FERDI 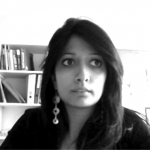