Epidemiologist, membre of the World Health Organization (WHO)

Facebook Twitter Link
Copied to clipboard
Medical members guide a driver with suspected symptoms of the COVID-19 coronavirus, at a "drive-through" virus test facility in Goyang, north of Seoul, on February 29, 2020.Photo by Jung Yeon-je / AFP

The images have been seen the world over. These photos, published by the Hong Kong newspaper, South China Morning Post, show teams of analysts dressed in white hazmat suits, conducting rapid tests for COVID-19 directly on passengers in their vehicles. These “drive-through” facilities, or testing stations, have allowed South Korea to test several hundreds of thousands of people in just a few weeks. Positive cases can thus be identified more effectively, before being isolated, with extremely positive results: less than 10,600 confirmed cases and 225 deaths (as at April 15, 2020).

Unlike China, which opted to lockdown a section of the population, “Seoul has adopted a strategy of open information, public participation and widespread testing”, reports Sciences et Avenir magazine. These measures have been reinforced with the installation, in certain areas, of thermal thermometers and the use of mobile apps, requiring each citizen to record their daily state of health. As summarized by Le Point, the South Korean approach has been to “test, isolate and contain” in order to curb the pandemic. Furthermore, this strategy has not required the complete economic shutdown of this Asian “dragon.” “So far, the [South Korean] government has managed to contain the epidemic without resorting to lockdown measures or closing its borders,” a study by Institut Montaigne reports.

Other countries, such as Ireland, are also attempting to apply this strategy, with some difficulty. South Korea, in contrast to many Western countries, has experienced this type of outbreak before. “It has already had to deal with serious epidemics,” says Australian Epidemiologist Mary-Louise McLaws, Professor at the University of New South Wales (UNSW). A member of the World Health Organization (WHO) Health Emergencies Program Experts Advisory Panel, McLaws answers ID4D’s questions.

South Korea, the worst-affected country apart from China at the start of the outbreak, seems to have contained the COVID-19 epidemic at present. How do you explain this?

The South Korean government realized very quickly that its testing capacities would be fundamental to overcoming the current health crisis. It thus rolled out widespread, rapid testing, which is recommended by the World Health Organization (WHO) as an effective way of combating the virus. Within 45 days, the health authorities were able to test more than 300,000 people with symptoms of the disease. It is a remarkable effort that has enabled South Korea to quickly flatten the curve of the virus’s spread.

However, it is important to remain extremely vigilant. Around 100 new cases are being recorded in the country every day and currently more than 10,000 people are infected. This is a very delicate and highly critical phase. Seoul must continue its efforts, or risk “losing its grip” on the spread of the virus. Schools there remain closed, although the general public is not in lockdown. However, everyone in the country is obliged to wear a mask; a necessity according to the authorities, given the very high population density. This is a question that everyone needs to ask themselves. New York in particular comes to mind, which has been very badly affected by the epidemic, and where, in my view, the wearing of masks is absolutely essential.

How has the South Korean government been able to develop this large-scale testing so quickly, something that neither the United States nor any other European country has been able to achieve?

Furthermore, Seoul has been closely monitoring the evolution of COVID-19 in Wuhan and throughout the whole of China. In terms of this pandemic, China is the so-called “first-born child” with South Korea being “the second” (after China, the country was very quickly exposed to the virus—Ed.); a position that gave it a better understanding of this novel coronavirus and enabled it to be more proactive. In late February, Seoul had to urgently deal with the case of “patient 31” [a 61-year-old woman, member of the Shincheonji church who allegedly infected hundreds of others at several congregations—Ed.]. That was a major turning point. That was the moment when the health authorities decided to roll out widespread testing.

Every South Korean who tests positive is subject to precise tracing of their life (contact tracing) and must accept that his or her movements will be closely monitored. Is it possible to apply such intrusive measures in Western societies?

It is natural to question the limits of such measures that represent an intrusion into our private lives, and which could potentially last a long time. We know that authorities generally do not like to backtrack. Therefore, it is understandable that some people in France, the United States, and here in Australia, are concerned about the implementation of all these controls. However, as an epidemiologist, and having seen up close how destructive this coronavirus can be, I also believe that we need to move past this debate. If we want to get our “old lives” back, especially our freedom of movement [in countries under lockdown], there may be a price to pay in the short term. This may take the form, for example, of a mobile app that would give us—if not infected—the green light to move around freely.

So, if I follow your reasoning, the fight against COVID-19 is also a battle on an individual level?

Definitely, it must be understood that, in the current situation, each individual action can potentially contribute to winning or losing the battle against COVID-19. This exceptional health crisis therefore requires every one of us to accept our personal responsibility. In order to overcome this outbreak, we must not only protect ourselves as individuals, but we must also protect the greatest number of people possible. Above all else, we must think in terms of public interest.

This relies on the assumption that we trust those who govern us. If you ask South Koreans, Singaporeans or Swedes how they feel, most will tell you that they trust their government. They are prepared to make major sacrifices to overcome this crisis. In Western countries, governments must “convince” their citizens of the effectiveness of the measures taken, while keeping them fully informed. 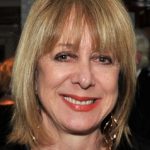 Epidemiologist, membre of the World Health Organization (WHO)