South Africa’s youth unemployment rate is the highest in Africa, ahead of Libya and Mauritania, with 54.2% of 15-24 year-olds unemployed according to South African official statistics. Unemployment is a marker for social and racial inequalities. It affects 27.1% of the working population, but more so Black people (30%) than White people (7%). The social situation is tense and, since September, has been marked by the “Fees Must Fall” movement and riots in most of the country’s universities. Students, who pay between ZAR 35,000 and ZAR 50,000 a year for their studies, are demanding free lessons for all. Twenty-five years after the official end to apartheid in 1991, only 25% of Black students are registered at university, whereas they come from a majority which accounts for 80% of the population.

Nelson Mandela’s great grandson, Luvuyo Mandela, 30, is a social entrepreneur and consultant. He manages Tyathumzi Advisory, an agency which works on South African youth empowerment and Corporate Social Responsibility (CSR) programs. He conducts projects with other people in various townships, these neighborhoods built during apartheid to accommodate “non-white populations” far from all cities, even secondary cities.

Why do you focus on education?

Because education is our main challenge and the key to our future. South Africa, as we all know, is a country that was built for 10% of its population. Ever since our democratic elections in 1994, we’ve been trying to figure out how to make opportunities available for more people in South Africa, the historically disadvantaged communities.

We’ve been working on giving youth in the townships – other countries call them ghettos – access to opportunities. One of the major problems is that they just don’t have any access or exposure to thinking about dreaming, thinking about opportunities and above all, making their plans real.

Are you trying to keep them from becoming criminals?

Of course, but some of these young criminals are very intelligent. The whole purpose is to give young bright people the idea that they can do better than where they come from. Every successful person in this world was given an opportunity to invest in himself. It seems selfish, but it’s the reality. That’s what we celebrate in athletes and great leaders, who have had access to education. At some point, they decided that their success was very important, to work towards the success of other people. School and the idea of education always seem to give a pay off later in life, a very far off perspective for young persons facing all kind of distractions. We tell them to think better, read better, go to the movies, look for opportunities everywhere.

Amongst a group of inspiring people, there is an author who speaks about the context in a relevant way to young township people. Ntsikelelo Mzibomvu wrote three books (Beyond Democracy, Thinking Ghetto Genius and Thinking Ghetto Entrepreneurs). Leaving the township is not necessarily the first thing to do, like everyone thinks. You can invest in your community, like the businessman Richard Maponya, who had a long-term vision and transformed a piece of land into something else – he built a mall in Soweto, a township located 20 kilometres South-East of the Center Business District (CBD) in Johannesburg.

Is the Mandela name a good asset to deliver that message?

It’s good and bad, in the sense that it’s expected. It’s like being a global brand delivering that kind of message. Some people don’t take it seriously. It’s like listening to the son of Michael Jordan saying you can change your life through basket-ball. Younger South-Africans to a large extent switch off. The adults are quite interested in hearing about it, but the expectations are that resources and support come in easy. It’s not necessarily the case. My name is a bigger asset internationally than locally. This is why I’ve become more proactive in the last 2 years looking for partners abroad.

Isn’t the legacy of Nelson Mandela controversial in South Africa, where the townships still exist for instance?

It’s been only twenty-two years we had our first democratic elections in South Africa. That is a reality that has to be looked at. It’s very nice for us to ask 22 years later why he didn’t do more, but he did what he could with what he had, what was available. The context of a looming civil war led to compromises, to make sure that people would not die.

Unfortunately, his agenda hasn’t been pushed hard enough because a very fair amount of people were uncomfortable with it. The easiest thing is always to point a finger at the government, but have South Africans made their own part of work? South Africans can step back and think things are fine because we didn’t have a civil war, and we are getting along. But when you actually start having conversations with people from different racial groups, cultural and religious groups, you understand that South Africa did not take time to sit down and get to understand one another. That’s one of the biggest issues we still have to face.

Was the Truth and Reconciliation Commission (TRC) not enough?

The TRC was an effort, hoping that more would be done, but I don’t think all South Africans were aware of how gruesome the experiences of apartheid were, of how damaged people have been. On both sides, there has been an effort to move on, but every now and then we are reminded that as a nation, across the board, we have not done enough.

Germany is one nation that has done very well, in accepting its history, admitting to it and teaching all of its generations about the gruesome past. You cannot go through the German education system without learning about the Holocaust. South Africa has not done that. History is an option in South Africa, it’s not compulsory after a certain grade. I don’t think it is a wise decision, in terms of making sure the younger generations understand why people are upset about the fact that the conditions under which they live today have not changed.

Our leaders have also been on a public global stage ever since they started the job, and looked at with a magnifying glass. Their opportunity to make mistakes has been amplified out of proportion. There’s always the question of international support, but at what cost?

Do you think the British press has a postcolonial insight into South African matters?

A lot of interests are at play. It’s important for people to read the information about South Africa with a fair amount of scrutiny. We have become very lazy as consumers of information. We don’t think about the sources of the information and the agenda of the people giving it. We think when something is in the public arena, it’s 100% sure. That is not always the case. We as individuals need to get involved. It will take a while to make us better informed citizens.

We inherited a vast amount of debt from the previous apartheid government, and we had to stabilize an economy that was designed to cater for 5% of the population, in order to free 95% of the population. The task was massive in 1994. A large majority of the population was given a bad education, and the allocation of resources was only accessible to 5% of the population in terms of training and education. How do you give the same quality of education to 95% of previously excluded students, given the fact that resources might be allocated to other priorities? The South African context must be taken seriously.

It is as important as Malcom X or Frantz Fanon’s legacy. At the time, it was important to teach young Black people to invest in themselves. That’s what the BCM is about. Black South African people were seen by BCM as “non-white” and defined in a positive way, to make people aware of differences in terms of opportunities under apartheid, and what could be done in that context.

The psychological damage will always be there, like in any nation of conflict. It’s very tricky if we racialize it when trying to fix it. It’s important to think about how South Africa was built, and the race conversation becomes more of a geographical conversation all of a sudden. It is potentially a solution for people to sit down and think about how resources can be redistributed. Wealthy people get access from the moment they are born. It’s not only a matter of money, but of social capital and access to opportunities. This access must not be related to a birthright only. The awareness must prevail about the right of a general access to the same opportunities for all.

Has the mechanism of racism been dismantled in South Africa?

Our leaders have tried to overcome apartheid, but when they came out of prison, most of them were very old. They had time to think about apartheid, but did they have the time and energy to implement their ideas? This is another debate. We have had beautiful policies in South Africa, but sometimes no chance to implement them, because of negotiations and pressures that are related to the exercise of power, like everywhere else in the world. 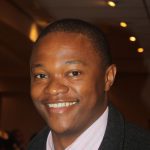