Spokesperson for the French Alliance for Sustainable Palm Oil

Why does palm oil cause deforestation?

This ingredient has been used for centuries as cooking oil in Africa and Asia, but Europe discovered its natural and technical qualities in the 1980s. This oil does not turn rancid, helps preserve food, is heat resistant and has a semi-solid texture at room temperature, allowing different textures to be obtained (creamy, crispy, soft). It is used in pastries, biscuits, margarine and doughs, but also in cosmetics – and this is why Givaudan, a manufacturer of flavorings and perfumes for food products and cosmetics, has joined our alliance.

Consequently, the strong demand from industries in the 1980s led to an exponential increase in palm oil production in tropical countries, mainly Indonesia and Malaysia, which supply 85% of world volumes. These countries have widely deforested their territories in order to extend oil palm plantations.

Why did you organize a general workshop on deforestation during the Convergences Forum in Paris in September 2015?

The Convergences Forum provides a leading institutional and international framework which has given us credibility in the eyes of the people we wanted to bring together during our workshop on deforestation. Indeed, we wanted to meet actors from other industries – soy, pulp, rubber and wood – who face the same issue and also work to fight against deforestation. We firmly believe that we have a lot to learn from the experiences of one another and that synergies are possible. A sustainable rubber industry is in the process of being established and, in this respect, Michelin was at the workshop, as well as the world leader in pulp APP (Asia Pulp and Paper).

During the workshop, the environmental NGOs Greenpeace and WWF took stock of deforestation and future prospects, before defining the Zero Deforestation target. Getting NGOs, institutions and private sector actors together allowed us to identify solutions.

What concrete solutions were discussed during this workshop?

There was broad agreement on the importance of conducting crosscutting actions and a number of the solutions put forward are based on this principle. “Domino effect” initiatives to promote sustainable sectors are the order of the day, driven by the objective of achieving transparency between stakeholders and an effective identification of the needs of small producers. The aim of all this is to establish long-term “win-win” contracts.

Another major point involves gaining more consumer confidence by proving the commitment of actors in sustainable sectors to fight against deforestation. This can be achieved in three ways: through an international platform to monitor companies’ commitments, sharing a risk mapping for each family of ingredients with the general public, and the creation of an “anti-deforestation” meta-label that can be used for all sectors.

This workshop brought about a total of around ten innovative solutions. They are all set out in the summary report which can be downloaded here http://stop-deforestation.org/

As an industrial grouping, are you not suspected of especially wanting to work on your image?

For the Convergences Forum deforestation workshop, we only invited industry leaders who have taken steps and have committed positions against deforestation and for responsible sourcing. Following the workshop, we produced this summary support with a view to COP21: we hope that our proposals will be taken up on this occasion.

The member companies of the French Alliance for Sustainable Palm Oil have made two commitments: source 100% certified RSPO (Roundtable on Sustainable Palm Oil) palm oil by the end of 2015 and 100% sustainable palm oil by 2020 according to our own definition, which goes further then the RSPO principles. These commitments come with a cost for these companies and reflect their willingness to commit to transforming the sector and making its production virtuous.

What are your next deadlines?

We hope to have a 100% sourcing of RSPO certified sustainable palm oil by the end of 2015. RSPO has existed since 2004, but we believe that it is necessary to go further than the principles set out by this international certification body, as it only conserves primary forests and not secondary forests. It also does not prohibit the drying out of some peatlands which are, however, carbon sinks. Many other criteria can also be tightened. Our objective for 2020 consequently involves having sustainable palm oil with criteria that go further than RSPO.

Is there an impact in Africa?

Africa is massively developing oil palm crops, as up to now, countries on this continent have imported it to feed their populations. Primary forests in the Congo Basin are consequently threatened by deforestation. However, the damage caused in Asia over the past 20 years has served as a lesson and today, public authorities and NGOs such as WWF and TFT are in the field to supervise and monitor crop-growing practices: preserve the environment, while allowing these countries and their populations to develop economically and meet their needs.

How is it possible to control what goes on in the field?

There are many intermediaries involved in the palm oil sector. Agri-food companies that source palm oil cannot control the plantations, especially as 50% of production comes from smallholders. However, NGOs such as TFT and Rainforest Alliance are present in the field: they trace sectors from the factory to the plantation, oversee practices to ensure that the environment is respected and guarantee the traceability of the oil. Industries such as Ferrero, which is a member of our alliance, work together with these NGOs and producers to verify the origin of the palm oil they buy and that it is produced in a way that respects the environment and biodiversity, but also the protection of the natural habitats of animals and the rights of local populations. 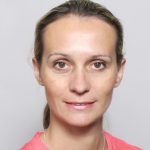 Spokesperson for the French Alliance for Sustainable Palm Oil