A price can be set for carbon and never changed. In this case, it involves a tax measure, often called the “carbon tax”. It sets a price signal and intentionally for the long term. While the risk of this tax is that it will place a burden on the budgets of the actors concerned (households, companies), it does have the advantage of strongly guiding investments and our consumption choices. As with any tax, it supplies the revenues of the State that introduced it and, depending on the degree of political will, it can provide considerable financial leverage for a transition towards a low-carbon economy. Today, nine countries and regions, mainly located in Europe, tax their carbon emissions. The price per ton of carbon emitted ranges from EUR 17 in the UK to EUR 118 in Sweden. In France, this tax system is called the climate-energy contribution. It is based on a ton of carbon at EUR 14.50 in 2015.

The carbon price that commonly serves as a reference is the one defined by the market, depending on supply and demand. Since the signing of the Kyoto Protocol, a quantity of rights to emit CO2 (emission quotas) is allocated every year to actors under regulatory constraints. In order to comply with their carbon emission limits, they have the possibility of exchanging these rights on a common financial market. In Europe, it is the EU ETS – Emissions Trading System. The carbon price constantly fluctuates on this market, as it depends on a number of external factors: an economic crisis will slow down industrial production, mild weather in winter will reduce the need for heating, energy costs will influence the market, etc. The price of carbon is way off the EUR 30 per ton of CO2 set by economists to encourage industries to be more eco-responsible, and is disconnected from the growing urgency to change model.

In addition to a market price, which only concerns actors under regulatory constraints, there is a social carbon price paid voluntarily by those who wish to engage in an international solidarity action. This price is shown through the reality of a low-carbon development project in the field. The abatement cost for a ton of greenhouse gas for these projects will directly depend on the socioeconomic impacts that the target populations benefit from. When these projects aim to build the capacities of local communities, structure a local economic sector, or organize the large-scale implementation of energy efficiency solutions, the carbon price has a social value. These projects are generally conducted in developing countries and follow very strict certification procedures. They are also subject to verification by an independent third party. They deliver as many carbon credits as they have avoided CO2 emissions. These credits are subsequently sold by carbon compensation operators to companies, individuals or local authorities in industrialized countries. Each operator is different and promotes its specificity, its vision and its ethics.

Consequently, this offsetting mechanism contributes to cofinancing the low-carbon development of the most vulnerable countries to climate change. In Cambodia, in 10 years, offsetting has, for example, allowed the NGO GERES to distribute over 3 million improved cook stoves and help 40% of Cambodia’s population to reduce their fuel poverty. It has professionalized and ensured the sustainability of a local industry of producers and suppliers of this cooking equipment, while avoiding over 2.5 million Teq CO2.

Faced with the drying-up of Official Development Assistance, NGOs must innovate and be imaginative in terms of financing their activities. Consequently, for 15 years, they have been participating in the emergence of a carbon finance that carries social, inclusive and responsible value. Some of these associations have succeeded in developing specific carbon expertise, which is internationally recognized, by promoting their systemic approaches to a development project. Today, the carbon credits from these projects are offered at an average of between EUR 15 and EUR 25, while the European market prices them at EUR 0.40 (CER spot price – CDM carbon credit – in February 2015 on the EU ETS). The purchasers of these carbon credits with high social added value must accept to pay this fair price and make efforts not to stifle a seller with an excessively tough negotiation. In other words, they must give priority to quality rather than quantity.

A climate project that is not simply restricted to its climate dimension is permeated with a history combining the involvement of communities, sustainable socioeconomic development and the preservation of our environment. This history comes with a cost, which is much higher than certain buyers claiming to support social carbon would be willing to pay. Social carbon must be recognized and supported, in particular by the buyers and public institutions that participate in the development of the voluntary carbon offsetting market. Social carbon participates in the humanization of the climate challenge, which is essential in gaining the buy-in of all peoples with a view to COP21, and well after. Its face is that of communities who are vulnerable to rising water levels, of millions of families exposed to indoor pollution, those who see their food security threatened, or the forests that disappear taking the wealth of our biodiversity with them. Social carbon is akin to everything that has a value rather than a price. 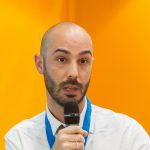