Why universal schemes are more effective

In developing countries, there is no poverty targeting mechanism that comes remotely near being accurate in identifying people living in poverty. Even well known schemes such as Brazil’s Bolsa Familia and Mexico’s Oportunidades programmes excluded 49% and 70% respectively of their target populations. Indeed, the most effective targeting mechanism in developing countries – Georgia’s Targeted Social Assistance scheme – has an exclusion error of 45%. In contrast, the exclusion errors of universal schemes are virtually zero and, importantly, they are significantly more effective in including those living in poverty. Furthermore, since they are universal schemes, their inclusion “errors” are almost zero since they intentionally include the non-poor.

Poverty targeting is often very unpopular and creates social conflict in communities, with the excluded – many of whom live in deep poverty – becoming jealous of those that are lucky enough to be included (many of whom are richer). The proxy means test targeting mechanism – which is increasingly common in developing countries – is particularly arbitrary in its selection, exacerbating the sense of unfairness within communities (see Kidd and Wylde 2011 for further information). Indeed, there are examples of the proxy means test causing riots and attacks on government buildings. In contrast, universal programmes – which are often regarded as entitlements – are very popular and strongly supported within communities, since they are offered on an equal basis to everyone.

Schemes targeting the poor often generate the perverse incentive of discouraging people from working, since beneficiaries are worried about being kicked off the programme if their circumstances improve. Or, they can encourage people to divest themselves of their assets and wealth, so that they become poor enough to be eligible for schemes. In effect, poverty targeting can encourage people to remain poor. In contrast, there are no perverse incentives with universal provision: people can work as much as they wish, increasing their incomes and wellbeing, without being punished by losing their benefit.

Poverty targeting rewards dishonesty. If people lie about their income or assets, they are often rewarded by receiving a cash benefit. In contrast, those honestly declaring their wealth are punished by being denied access to the benefit. In Mauritius, the pension was made universal in the 1950s because of complaints from those that honestly declared their means – and were denied the benefit – while their dishonest neighbours prospered.

Schemes targeting the poor are complex and, therefore, administratively expensive. In contrast, the simple criteria of universal programmes makes them significantly cheaper to implement. Furthermore, if sufficient administrative resources are not invested in poverty targeting, corruption is likely to be the result. Many poverty targeted schemes in Bangladesh and India, for example, are blighted by corruption and the exploitation of schemes for patronage purposes by local elites.

The advocates of poverty targeting are wrong!

“Poverty targeting is cheaper than universal provision.” This argument is, of course, self-evident; providing a scheme to a small proportion of the population is obviously cheaper than universal provision. But, it is also highly ideological. Neoliberals promote poverty targeting because they also believe in low taxation – in particular for the rich – and want to see a small state, with limited social spending. But, while poverty targeting is cheaper, it also guarantees low quality services, with all the problems discussed above, and much lower impacts. And, the majority of the target population are likely to miss out. Nonetheless, if you believe in low taxes, then poverty targeting is the way to go. The Tea Party is waiting for you to join up.

Poverty targeting provides higher benefits for the poor. While this may seem self-evident it is not, in fact, borne out by the evidence. In a recent paper on the Political Economy of Targeting I have demonstrated that universal provision tends to generate higher transfer values for beneficiaries. Using the example of social pensions in developing countries, I described how universal provision generated both higher budgets and higher value transfers, including to those living in poverty. South Asia provides an interesting case study: Nepal’s pension – which offers universal coverage – provides a much higher value transfer than the poverty targeted schemes in the richer countries of India and Bangladesh. Similarly, Brazil’s social pension has a transfer value that is around nine times greater than the famous Bolsa Familia scheme (see my paper Bolsa Unfamiliar for more information).

The reason that universal schemes provide higher benefits is because they build political alliances across economic classes, from the poor to the rich. As a result, the poor – who are politically weak – are no longer alone in advocating for higher transfers but, instead, benefit from the political influence of more powerful sectors of society who, acting in their own self-interest, promote and defend broad-based social security schemes. This contrasts with the conflict that poverty-targeted schemes create between the poor and the rest of the population, with the latter opposing their taxes being used to provide “handouts” from which they themselves are excluded. Consequently, the lack of political support for poverty targeted schemes means that they end up with low value transfers.

In fact, the belief that governments have fixed budgets for social security schemes is a fallacy. If they wish, policymakers are able to increase expenditures on schemes, but they are most likely to do so if the schemes are popular and deliver electoral benefits for politicians. The greater political popularity of universal schemes means that policymakers are more willing to increase taxes to invest in them.

Reducing both poverty and inequality

Universal schemes are, importantly, also much more effective than poverty targeted schemes in reducing poverty and inequality. So, while Brazil’s Minimum Wage pensions have been responsible for a 12% reduction in inequality, Bolsa Familia’s contribution is only 0.6%. Similarly, in Georgia, the universal pension is 3.5 times more effective in reducing child poverty than the Targeted Social Assistance poor relief programme, which is directed at the poorest 15% of households. This should be no surprise, given the higher transfers of universal schemes and their greater effectiveness in reaching the poor.

Of course, countries cannot offer universal provision across all areas of social policy. Nonetheless, it important that a country’s core areas of social policy – such as education, the health system, pensions, disability benefits and child benefits – are offered to everyone, to ensure that all those living in poverty are covered. Given that the vast majority of people in developing countries are living in poverty anyway – for example, in Bangladesh, over 80% of the population live on less than $2 per day – universal provision makes a lot of sense. And, it is affordable: most countries can provide comprehensive and inclusive social security systems – offering universal coverage for older people, children and people with disabilities – for less than 3% of GDP. It’s a question of political will. And, the best way to generate substantial political will is through universal provision. 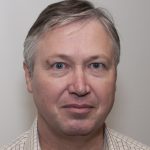