The main social work practices applied in many developing countries are often copies of models from developed countries, models that are no longer so highly regarded. Assistance provided for the purpose of social and economic integration is often aimed at ensuring the survival of individuals. It is rarely, almost never, aimed at eradicating the poverty experienced by those sometimes referred to as “helpless” and reliant on assistance. This is a negation of a core value shared by all social workers: empowering vulnerable individuals to become independent.

Everything is done as if an unspoken consensus existed between all those involved in social work (States, donors, social workers and those receiving assistance) that putting an end to poverty once and for all for a large portion of the population is unrealistic. No one seems to believe it possible.

However, at the same time, pilot projects are emerging in several African countries that are reforming and transforming social action practices. They are proving successful in ensuring the lasting social and economic integration of groups that were previously marginalized. There are many examples, including the “Bamboo bikes” initiative in Ghana or a project in Benin in which graduates are trained in agribusiness. Despite sometimes astounding success, however, all these projects seem confined to experimentation and study phases and are almost never generalized.

Another way of doing social work

The new ideas that are emerging are encountering resistance that may seem somewhat rational. “Has this new approach to the issue been tested? The cost of implementation you propose is much higher than the usual costs. Is that sustainable?” These are just a few of the intimidating questions project leaders are regularly asked by certain donors and financial institutions. The “traditional” practices, with “limited” implementation costs are the most attractive at first glance, due to the low investment required and their short-term profitability. But they result in underperformance in both the medium and long-term: the target populations do not move out of poverty. They remain in it and others join them.

Twenty-five years ago, Vincent De Gaulejac made an observation that is still true today: “Assistance practices require users to be realistic, humble and submissive […] and [accept to] reduce the possible to the probable and the probable to the institutional responses.” We join him in calling for things to be done differently, for the ambitions and energy of those who are “vulnerable” to be taken seriously. More than ever, in certain African countries where inequalities are increasing and profoundly undermining social cohesion, social work must be innovative and committed to lasting change.

Actively listening to those receiving assistance

The TELEMA project, currently being implemented in the Republic of the Congo, supported by Expertise France and AFD as part of a Debt Reduction-Development Contract, illustrates this change of method. It involves several dimensions, from capacity-building to the technical means for social intervention. It also provides for long-term assistance for those benefiting from the services with appropriate means. 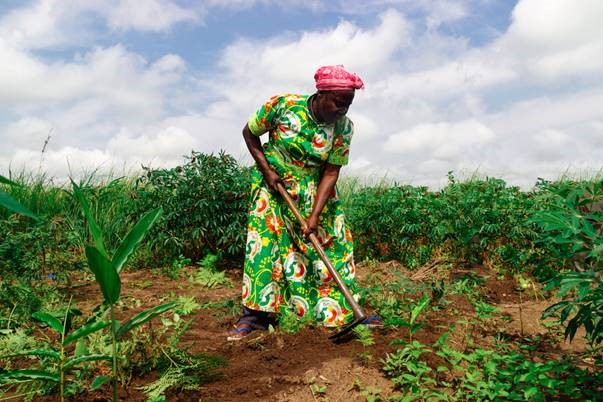 Resulting from the National Social Action Policy of the Republic of Congo, the TELEMA project aims to promote the economic and productive inclusion of vulnerable populations. Photo: © Victoire Dounamia

The capacity-building initiatives for social workers and technical means implemented were designed in conjunction and in direct response to the needs on the ground for communities and individuals at the local level. The skills social stakeholders must acquire, and the overall organization of the system therefore result from the process of actively listening to those benefiting from the services and an analysis of social workers’ practices. To accomplish this, significant investment is dedicated to updating the ethics and practices of those who will implement social programs at various levels of responsibility.

The priority is to break free from a vision according to which the difficulties individuals and communities face are the result of their own actions or passivity. Empathy, the profound and sincere ability to put oneself in another’s place, must be reestablished as the foundational pillar of social action.

A new perspective on those who benefit from social action is being established based on this critical analysis of thought patterns and practices. Attentively listening to the needs and ambitions of individuals and communities will make it possible to identify the energy they possess and pursue new (and perhaps unexpected) paths for achieving them. This change of perspective involves building a new model encompassing the entire chain of those involved with the individuals and communities. A new framework is therefore emerging.

The example of women farmers in Ignié

Through support for women farmers in Ignié, in the Pool department of Republic of the Congo, we have seen astonishing changes in very little time and social barriers being overcome in ways that were once thought unlikely. Like many others, these women had ambitions. But they had not been able to implement them due to a form of isolation. They believed this situation was linked to their own personal incapacity.

Social and economic integration is sometimes achieved through collective organization that is encouraged and supported by social workers. This was the direction chosen in Ignié to move forward hand-in-hand. By listening to the women’s aspirations and being sensitive to their energy, the social worker was encouraged to seek new perspectives and ways of working together.

This support took the form of a complex framework, involving several levels of simultaneous and complementary cooperation or collaboration: financial investment in keeping with the group project, partnership with a private company and the mobilization of an NGO specialized in agriculture. There was also mobilization from many different directions: dozens of sponsors from a wide range of social backgrounds, high school students from the capital, families from the community, local authorities and political decision-makers, the media and networks.

Agnèl, Rose and eight other women are now involved in two types of business. The first individual business involves selling various products (oil, fruit, fritters, vegetables, etc.) at the market in Ignié. This business, which has been operating for several years now, produces barely enough to live on. But these women then got involved in a second, collective business: growing cassava on five hectares through negotiations with a private company, GTC. They are also receiving training from the Essor NGO to begin to diversify their agricultural activities by cultivating land for market gardening in five additional hectares freely made available to them by the same private company.

Social work: time for each other

The goal of the TELEMA project is to implement a sponsorship and volunteering system with the project leaders. Not sponsorship for funding or skills but a journey shared by several members of society in which they can discuss things and help each other, without any expectation of direct financial support—just time for each other. As a result, in this remote area of the Congo, regular meetings and discussions are taking place among these women.

By following this example of the Ignié project, our goal is to help create new connections between members of society. To enable those considered most vulnerable to see their environment with a new perspective and overcome social barriers. But the goal is also to give those who are not in need the opportunity to actively contribute to the development of social cohesion in their community. 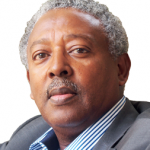