This OpEd originally appeared on

But the SDGs are already being criticized before even being adopted. They are said to be too vague, too numerous, and to come under the register of a “pious hope”. Before analyzing these arguments, we should remember that the SDGs represent a universal agenda, and no longer simply an agenda for less developed countries and for the donors who support them. They do not focus on social issues, the trademark but also the limit of the MDGs, but integrate economic and environmental issues more. Does mankind not deserve a universal ambition that specifically allows us to effectively fight against climate change?

Are they more vague than the MDGs? Not really: they incorporate a number of formulations from the MDGs – for example, on maternal and infant mortality or on access to education. They also generally have more ambition: hunger and poverty must no longer be reduced – as with the MDGs – but eliminated once and for all by 2030. Is it “vague” to reach an international agreement on the need to make States and other institutions effective, responsible and open? On the contrary, not mentioning this would suggest that institutions do not have a role to play in terms of development. Who can believe this?

The SDGs are undoubtedly higher in number, 17 against 8 MDGs. But should it be regretted that objectives have been added concerning economic growth, the fight against inequalities, institutions, changes in consumption and production patterns, sustainable cities, the survival of oceans? Should we sacrifice such an ambition – a hard-won consensus – on the altar of simplification? What are 17 objectives in view of the future of the planet?

The SDGs are said to be too numerous and would also be weighed down with countless indicators. We would tend to state the contrary: with 300 indicators, is it really possible to monitor such a complete universal framework? Bearing in mind that France’s ecological transition strategy for sustainable development adopted in early 2015 comprises 9 areas and 39 indicators, but only retains those of the first level (there are also “second level” ones), and bearing in mind that the European Union’s sustainable development strategy comprises 45 policy indicators and 98 analytical indicators, one might say that the SDGs deserve rather to be commended for their simplicity.

The success of the MDGs lies in the fact that they renewed public opinion in support of development assistance. The SDGs are the heirs of this: their definition has involved over a million people, who wished to go beyond the simple framework of aid. It is not development agencies that will implement the SDGs alone: they fall within the competence of governments, cities, companies… The Sustainable Development Goals, by taking into account all issues and by their universality, provide a tremendous opportunity to put the planet on a path of new and more sustainable development models. This is a first in the history of mankind. It is up to the world to seize this opportunity and make it happen if it wants to open up a sustainable future by 2030. 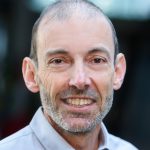 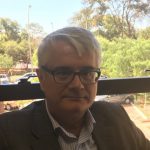