What is your assessment of the MDGs?

Having long-term target figures continues to be an effective driving force to move public policies forward, but, in my opinion, two main aspects of the MDGs did not work.

Indeed, they were based on very vague definitions which changed along the way. For the goal of access to drinking water, the international community set out on a World Health Organization (WHO) standard as a basis, i.e. 20 liters a day and per person in a 1 km radius. In the end, a minimum for “improved” access to drinking water was defined – i.e. water not polluted by animal waste. Similarly, the MDG on sanitation focused on access to individual toilets, neglecting the transfer and treatment of wastewater outside dwelling places. Two phenomena were in play: the very ambiguous nature of the term “sanitation”, which also means “toilets”, as well as a legitimate and necessary movement claiming the right to toilets, which is a real problem of human dignity in certain countries, such as India.

The second striking failure: for years, UN reports have said that basic and cheap technologies would not only allow the MDGs to be achieved, but would also give greater access to water and basic sanitation for all. Yet the competent actors have never got together to discuss this, define these basic technologies and invent them where they did not exist. It is a top-down approach, without taking territorial realities into account, or seeking to unite and be grounded in reality. There was not a link between the definition of the MDGs and their practical implementation.

What do you think of the SDGs?

They are both positive and numerous. They have drawn conclusions from the MDGs and offer more cooperative and territorial responses. It is good to have an ideal vision, provided we are able to build stages that allow us to move forward.

As with the MDGs, some of the SDGs are directly related to our activities, particularly for access to drinking water, sanitation and energy for all. According to the World Bank, private service providers allowed 20% of the people connected to a water distribution network between 2000 and 2010 to be so – i.e. 24 million people. Veolia’s results, at the end of the MDGs in 2015, concern 6.5 million people who, thanks to our actions, have gained access to water and 3 million to basic sanitation. Our position is all the more important in terms of the SDGs because we provide environmental and essential services. Yet the new goals include these two dimensions for all countries of the world and not only developing countries.

The SDGs represent a challenge which goes beyond the issue of the social and environmental performance of major groups. This performance is subject to non-financial ratings, measured by specialized agencies. Over 20% of Veolia’s capital is held by socially responsible investment funds. Furthermore, industries, which account for 44% of our clients, ensure that Veolia complies with their environmental and social requirements. Consequently, the recognition of the Group’s overall performance, integrating the social and environmental dimensions, is an important stake.

Can we leave the responsibility for the environment and sustainable development in the hands of the private sector?

CSR refers to the question of private sector regulation. Over the years, we have moved from a philanthropic and charitable vision of CSR to a vision more compliant with standards and a stronger regulation. In France, the two laws which resulted from the Grenelle Environment Forum in 2007, then the law on energy transition for green growth adopted in 2015, oblige investors to be accountable for the greenhouse gas emissions of companies in their portfolio. CSR is no longer only a policy which aims to meet the expectations of our time on a voluntary basis. It is now part of a legal mechanism.

Are the SDGs compatible with the COP21 commitments?

Yes, completely. There is no overlap between the two agendas, which are intrinsically linked because the poorest are also the most dependent on nature and biodiversity, as well as the main victims of the most visible consequences of climate change. A hurricane in Haiti has more repercussions than in New Orleans or New York. If we want to fight against poverty, we also have to fight against climate change and for biodiversity.

In fact, the pressure on natural resources is firstly related to the population increase and urban concentration, in Africa, Asia and Latin America alike. The major challenge for the future concerns controlling urban development, which for service management requires moving from the informal economy to the formal economy, hence the importance of an SDG on sustainable cities. When we work in New Delhi on connecting 1 million people to water in the next five years, we are working in the context of urban transition, to move from illegal connections to “formal” connections.

What are your recommendations for donors?

The leverage effects are not sufficiently integrated. A good experience in a city will give a State an incentive to build on it and take measures to ensure that the framework for action becomes more general. The addition of competences and financing gives rise to major virtuous circles. We could all think a little more in terms of leverage effects, co-construction and exchanges of good practices. We need frameworks for consultation, dialogue and exchanges of experience that donors could set up.

The South African city of Durban is faced with strong demographic pressure and increasing water stress. We have shown the municipality that it was unfortunate for wastewater to be discharged into the sea, whereas it could be recycled with industries, which are major water consumers, in order to save water resources and maintain them for the needs of irrigation and to supply households. Durban is a good example of water resources management in an overall framework, with the integration of the environmental dimension. The key to success lies in political will, within a certain outlook, in a territory, on possible producers of resources and consumers, without forgetting a certain openness to innovation – not only technical, but also social.

What should no longer be done?

Deciding that informal neighborhoods must have access to essential services, such as water and electricity, amounts to recognizing their populations. The issue of the perimeter then becomes central: care should be taken not to create rivalries between those who are in the areas to be served and those who remain outside. In a slum, pipes can be put down to supply residents with water, with an octopus-like system, which can take on crazy dimensions. The local authority sometimes plans to bring in water, but building networks requires moving certain dwellings and the policymakers may decide not to do so. We must not make the mistake of installing taps without an overall vision. Otherwise there is the risk of supplying water in areas where it is the easiest to do so. Residents will ask for outdoor taps and sell water to people who do not have access to it – which contributes to creating inequalities in access to the service…

It seems to me vital to understand the field and organize mediation in order to ensure that the technical solutions are compatible with the interests of populations. We have developed a purely empirical methodology called “ACCES”, based on our field experiences, which consists of asking a number of appropriate questions: it involves well defining the scope, verifying that no one is excluded, who will become opponents to the project, knowing how to look for mediators, explaining that the works will last for a certain length of time and that while there is a cost for the water service, it must be accessible to all. We encourage local authorities, which define prices, to ensure that there is an affordable tariff for the network connection. We have set up interest-free loans so that users can have access to it. We have a lot of discussions with NGOs about the perimeters covered by services. It is possible to do some vey good work with serious operators and a competent public authority. 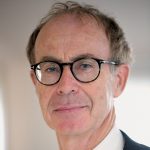