What is your assessment of the MDGs?

Significant strides have been made in many countries, since there has been a marked decline in under-five mortality rates, while school enrollments have increased, with a reduction in disparity between boys and girls in primary school. In two decades, countries among the poorest in the world, Niger and Burkina Faso, have seen the primary enrollment rate increase from 20% to 60%.

However, progress has been much slower and less visible in terms of protecting vulnerable and marginalized children – an objective that is not explicitly set out in the MDGs. Violence, sexual abuse, early marriages, traffic and exploitation through begging are all issues that need to be dealt with in a very specific context. Indeed, Africa is moving into unknown territory with the combination of its strong population growth, galloping urbanization and environmental degradation. No other society in the world has ever had to meet all these challenges head on.

What were the main barriers to achieving the MDGs related to health and education of children?

The main barrier is the number of priorities to be addressed by public authorities, which find themselves under increasing pressure, faced with more and more demanding populations and acute budget constraints. Defining priorities and finding the means to achieve success in a given sector continues to be a difficult task.

An international consensus has emerged over the importance of health and education. However, the barrier to keeping up the momentum concerns resources. Even a stable country like Senegal has very limited resources. The annual budget is under USD 400 per year and per capita, and under USD 25 are for health. External aid does not fundamentally change the parameters, since it involves a budget extension of about 20%.

Furthermore, the progress made towards the MDGs must not mask structural problems such as the poor quality and inappropriate side of education systems. The sharp increase in access to education of children has often overloaded systems, resulting in a decline in quality and a low level of educational achievement. We will have to reconsider models and content for curricula in order to take better account of the actual needs of society. This especially holds true as in the modern world, education must not be confused with conventional schooling, as education of children goes well beyond school walls.

For health, the capacity of services is also under severe strain. African countries face a twofold challenge: fight against poverty-related diseases – maternal and child mortality, communicable diseases, malnutrition – but also against chronic diseases – heart conditions, diabetes, cancer – which are rapidly increasing and require sophisticated treatments. Another barrier in recent years has been the impacts of epidemics, particularly the ones of the Ebola virus, and conflicts which have sometimes wiped out the progress achieved over several years.

What is your opinion of the SDGs?

“The SDGs raise the issue of the coherence of public policies”

How can this matching be fostered?

By a radical redistribution of resources and greater human solidarity, in a new world order. It would also be necessary to avoid importing “ready-made” development models, stop making promises that are impossible to keep, and draw on the tremendous wealth in terms of creativity, dynamism, labor, solidarity and selflessness which African populations have demonstrated. This wealth is, unfortunately, capitalized on very little by conventional projects and plans. A decisive factor concerns the quality of national leadership and the leeway provided by an international system looking for rapid results, but which is also risk averse.

In your opinion, what are the top priorities in this global agenda?

I think that it is up to each country to define their priorities. This being said, health and education of children should clearly remain major priorities in many African countries. All over the world, the success of development and rapid economic growth are based on the quality of human capital, which must be well-trained, in good health and well-fed. In this respect, certain achievements in terms of health still need to be consolidated and expanded on.

We must remember that maternal mortality rates remain unacceptably high. Some 60% of maternal deaths worldwide occur in Sub-Saharan Africa These rates have admittedly dropped, particularly in Cape Verde, Equatorial Guinea, Eritrea and Rwanda, four countries that have achieved MDG 5, which aimed to reduce maternal mortality by 75%. Be that as it may: the disparity between Africa and Europe in this field is one of the most blatant in today’s world.

Nutrition and early childhood care need to go beyond simple health procedures which are, however, highly effective. There is a need to invest in young children, as the former President, Abdoulaye Wade, sought to do with the Children’s Hut . However, it is important to remember that it is not the architectural model that matters, but especially the attention given to young children.

What are your recommendations to move forward the cause of children?

It should no longer be relegated to an object of charity left up to NGOs, nor merely refer to the United Nations Convention on the Rights of the Child. It is necessary to consider this cause as an economic priority and a political imperative. The actions taken for children must be perceived as win-win by politicians, as they will produce a more productive and more equitable, and therefore more stable, society. The issue of childhood is indeed a matter of citizenship, as children account for almost half Africa’s population.

This new vision must be supported by an increase in public aid for children and a programming approach based more on research and evaluation. Instead of importing one-size-fits-all solutions, each society must build its own models, by taking into account its values and its potential – which is sometimes latent –, and supporting the promoters of positive initiatives.

Stop the rise in private for-profit so we can achieve the Education SDG! 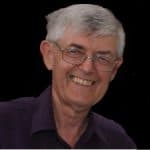