With the Sustainable Development Goals (SDGs), the world has set itself 17 ambitious objectives for the next 15 years. We asked Cristina Diez, representative of the International Movement ATD Fourth World at the United Nations in New York, to explain these goals.

The SDGs have been developed to be very inclusive, and this is why they cover a great many different aspects. However, besides the 17 SDGs taken individually, can you make out an overall picture, and does it meet your expectations?

It is crucial that the overarching goal of the 2030 Agenda 2030 is the eradication of poverty in all its forms and dimensions, including extreme poverty. For the first time in the history of the UN, the organization has committed to work towards leaving no one behind, reaching first those who are furthest behind, and claiming success only when all segments of society have benefitted from progress. This vision — together with the universality of the sustainable development goals (SDGs) and the commitment to integrate environmental sustainability, social inclusion, and economic development — constitutes a strong foundation for an agenda that addresses the biggest challenges the world faces today, including poverty, inequality, climate change, peace, sustainable growth, consumption, production, inclusion, and participation. The agenda is ambitious and addresses many of my expectations.

Have any important aspects been overlooked in the details? Have the root causes of poverty been properly taken into account?

While I don’t think that important dimensions have been left out, the agenda does not bring the paradigm shift that people living in poverty have been demanding for a long time: a human rights approach to sustainable development. Human rights and dignity are central to the agenda, but their potential for transformation hasn’t been completely unleashed in the SDGs, which fail to portray education, work, nutrition, health, and social protection as rights.

Furthermore, in this agenda, impoverished and marginalized people are perceived as receivers of aid and beneficiaries of programs, but not as rights holders and agents of change. They are considered for what they lack and not for what they can contribute, together with many others, to the development of their communities and the progress of society at large.

While partnerships with the private sector and philanthropic organizations are featured as key elements in implementing the 2030 Agenda, impoverished people and vulnerable groups are not taken into account as relevant partners; yet they are at the forefront of the fight to survive and they are often the first people to respond to emergencies, conflicts, and humanitarian crises by creating networks of solidarity in their communities.

In these SDGs, people who live in poverty and social exclusion are not only neglected as partners in development, but their experience and knowledge are also ignored. The international community failed to recognize that people living in poverty have valuable knowledge that can contribute to the construction of policy and development programs.

To help bridge this gap, ATD Fourth World is carrying out a pilot project in partnership with the University of Oxford to develop indicators of multi-dimensional poverty. The project hinges on participatory research that combines the perspectives of key stakeholders and prioritizes the views of people with direct experience of material and social deprivation. The partnership stems from a shared understanding of the inadequacies of existing ways of thinking about and measuring poverty, and the conviction that these can be addressed by conducting rigorous scientific research alongside people who have direct experience of poverty and who will be co-creators of new knowledge.

There are synergies between the various SDGs, but also antagonisms. Lifting more than a billion people out of extreme poverty and addressing climate change, can these two objectives be reconciled?

There are no contradictions in the SDGs.  The vision of the agenda is that the goals are integrated and indivisible and that they balance the three dimensions of sustainable development: the economic, social, and environmental. This indivisibility is not new; it was already affirmed in the 1993 Vienna Declaration on Human Rights and it matters in the lives of people in extreme poverty in very concrete ways. For example, it is not possible for children to attend school if they don’t have a birth certificate, if the parents cannot provide food or pay for school supplies, or if their housing is not secure because of environmental factors, such as landslides due to land degradation.

Furthermore, people living in poverty are especially vulnerable to climate change, and if it is not addressed we will probably see a decrease in poverty reduction and an increase in food insecurity. While it is not possible to eradicate extreme poverty without addressing climate change, it is possible that some measures to tackle it will have a negative impact on the lives of people in poverty. For this reason, adaptation and mitigation strategies should be based on the UN Guiding Principles on Extreme Poverty and Human Rights. If governments fail to combat climate change alongside people living in poverty, it is very likely that response measures will harm these vulnerable communities.

“Mobilizing the intelligence and courage of all!”

The SDGs are an agenda that applies within our own borders as well as in developing countries. Is this complementarity or rather competition?

If we look at the 2030 Agenda through the traditional divide between developing and developed countries and we add scarcity of resources, then we could see competition. But if we consider the SDGs through the lens of human rights — as the 2030 Agenda says, “They seek to realize the human rights of all” — then, more than complementarity or competition, there is equal responsibility from all Member States to collaborate to eradicate poverty in all its forms everywhere and to achieve sustainable development. And the outcome document says it very clearly in paragraph 5: “These are universal goals and targets which involve the entire world, developed and developing countries alike.”

To surmount the dichotomy between complementarity and competition, we need to understand the unprecedented scope and significance of the 2030 Agenda, which redefines development. In this new paradigm, if we were consistent about the definition of sustainable development that includes the three dimensions — economic, social, and environmental — we couldn’t label a country “developed” when 8% of the population lives in poverty and its mode of consumption and production is depleting the resources of the planet, as is the case with France, for example. The level of development of a country shouldn’t be based only on GDP but also on their environmental sustainability and on the access to human rights by all their citizens.

Even by investing thousands of billions, can the SDGs be “bought”? Is it primarily a question of money? If so, where can it be found, especially in the LDCs?

The SDGs are clearly not “for sale”. Some of the elements of the 2030 Agenda sketch out a paradigm shift that will require a change of mentalities that money cannot buy.

Obviously the implementation of the SDGs will require an enormous amount of money. Quantifying needs is complex and necessarily imprecise, since estimates are dependent on a host of assumptions, but studies show that they are in the order of trillions of US$ per year. Yet, there is enough money. Global savings, for example, are estimated at $18 trillion annually and global financial assets at $218 trillion. The challenge lies in promoting a financial system that incentivizes a reallocation of a small percentage of savings to global needs. And for this, the most important element is political will to implement the necessary reforms on monetary, financial, and trade governance.

The least developed countries, of course, face a greater challenge to find the means to implement the SDGs, not only because they lack resources, but also because their baseline in most of the SDGs is very low and they will need to make a greater effort to attain all the goals and targets. The 2030 Agenda agrees that the least developed countries — and other countries in special situations — need preferential treatment and the support and solidarity of the international community to progressively achieve the goals.

It has been said that the 2030 Agenda was delivered by the United Nations “without a manual”. In your view, what is the key to implementing the SDGs in practice?

It is true that the agenda comes without a manual, but national circumstances, priorities, capacities, and levels of development are so different that every country will need to find its own way to implement the SDGs. This said, there are many clues throughout the outcome document on how to implement the goals and targets and on how to measure progress. Two elements that ATD Fourth World brought to the negotiations and that were incorporated in the agenda are: leave no one behind; and reach those furthest behind first. These two principles could be a compass to orient all programs and policies. But, for this, we will need a change of mentalities at all levels, because development and progress have never been planned or implemented trying to prioritize those who are the most difficult to reach; it will need a radical shift in our thinking and practices.

Institutions that allow for inclusive and participatory decision making, monitoring, and accountability will be crucial. The challenge is not only about achieving the SDGs; it is also — and equally importantly — about walking the path together and learning in the process how to think, plan, and act with those we have traditionally excluded. We need inclusive and participatory schools, hospitals, social services, ministries, universities, churches, NGOs, etc., and in the process of building them we will need to create, re-create, adjust, invent, and rewrite the goals and targets to adapt to new challenges.

To achieve the SDGs: partnerships and commitments by the North and South 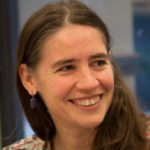