From MDGs to SDGs: Towards an integrated and universal response

While the MDGs were compared to paper elephants[1] when they were created, it must be acknowledged that they have effectively mobilized all development actors around a social agenda. However, the fact that the geographical areas they cover was limited to developing countries alone and that they mainly focus on social issues means that it has not been possible to provide an effective response to the new challenges faced by our planet. On the basis of a document from the Rio+20 Conference, The Future We Want, UNGA has decided to include environmental dimensions in this social agenda. It demonstrates a commitment to transform our production and consumption patterns.

This new framework is defined in “Transforming our World: Agenda 2030 for Sustainable Development”. The SDGs are 17 objectives combined with 169 targets, which are themselves translated into indicators. They are universal and binding for all nations, regardless of their income. Even if this agenda shows shortcomings and difficulties in both implementation and interpretation (targets and indicators relating to public policies are mixed with those from scientific knowledge, which raises questions for actors over their methods during the appropriation phase) and some gaps (for example, the protection of the high seas is missing from SDG 14),[2] it is nevertheless a crucial objective for the future of our planet.

This agenda is based on the realization that there is a link between the three dimensions of sustainable development. In other words, the SDGs recognize the importance of interactions between economic, social and environmental factors. It is indeed these interactions that the new research dynamics must focus on. We need to address the SDGs in a multifactorial manner by combining disciplines on the same subject. For example, agriculture needs modelers in order to gain a better understanding of the impact of climate change, geneticists to improve resources, agronomists to improve agrarian practices, sociologists to understand the weight of traditions…

The meetings in New York (SDG Summit) and Paris (COP21) raise the question of the consistency, application and monitoring of the sustainable development policies. Indeed, there are tensions between the economic actors, with some of them resistant to change.

Some, focused on productivity, express a preference for short-term economic and financial results. Others are seeking a circular, low-carbon and sustainable economy, and different economic and social relations. According to Michael Albert, the new social values will be self-management, equity, solidarity, diversity and ecological wisdom. In addition, Pope Francis refers to “human ecology” in one of his encyclicals and emphasizes “the urgent need for a radical change in the conduct of humanity”.

Furthermore, transnational private actors (NGOs, companies, foundations, universities, think tanks, trade unions, financial actors…) have a growing influence on all these intergovernmental processes thanks to consultation and lobbying processes. A particularly striking example: in June 2015, in the Netherlands, 900 people, with support from the Urgenda Foundation, filed a complaint against their Government, which was not taking sufficient action against climate change. The court ruled in their favor, thereby marking the first step towards climate justice.

In this complex and sometimes conflictual context, integrated scientific information that is accessible to private and public decision-making seems essential today more than ever before. This scientific information must allow us to address, in a collective and coordinated manner, all the new challenges that our planet is facing, such as migration management, climate change, biodiversity conservation and the construction of a real energy transition.

Key role of scientists for the SDGs

Scientists must mobilize knowledge about the themes addressed by Agenda 2030 for Sustainable Development in order to make it available to civil society, the media and decision-makers. Advances in research must be available to all. The scientific community will thereby be central to the public policy decision-making system.

Three aspects of Agenda 2030 for Sustainable Development are crucial in this respect:

Our capacity to build social ecosystem scenarios[3] should help us to achieve the proposed targets via national development programs at the interface between research and public policies. These scenarios require the best possible science and the talent, skills and resources of the North and South alike. Their construction raises questions, provides guidelines, broadens perspectives, and throws light on key questions for action by recognizing the social, economic and ecological constraints.

No matter the Human Development Index (HDI), Gini coefficient and GDP, the SDGs are everyone’s business. Coordinated and partnership-based collective action alone will allow them to be implemented. All development actors – both public and private – will need to shift the focus of their activities following this new agenda. The international community’s attention and financing over the next fifteen years will focus on these SDGs. The French Research Institute for Development (IRD) aims to contribute to this global ambition by mobilizing interdisciplinary expertise, its partnership networks, and its training and capacity building programs. 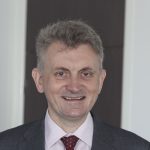