Nutriset develops and sells enriched food products to treat and prevent malnutrition. The initiative has two impacts: it saves the lives of children suffering from chronic malnutrition and allows a local economic base to be established. The key to success? Technical innovation!

In the 1990s, a first nutritious powder was marketed. You needed to add water to it to reconstitute the final food product to be consumed. This immediately raised the issue of hygiene: as the water added was often contaminated, there was nothing beneficial about the final product. A product that simply needed to be opened and eaten without adding anything was consequently necessary. After 2 years of research and development, in 1996, Nutriset invented the first Ready-to-Use Therapeutic Food (RUTF), which became its flagship product: Plumpy’Nut, a protein-rich peanut butter paste which is directly consumable. Plumpy’Nut has revolutionized the treatment of malnutrition and significantly increased the number of children treated, while reducing the cost of treatment.

Using technology and science for development is not a new idea. Technology transfers are one of the first strategies to be implemented in this respect. They involve offering a technology to developing countries which is used and well-known in developed countries. This approach has sometimes been successful and has, in particular, supported China and India’s growth in recent years.

The major problem of this model is the catch-up innovation factor (the adoption of existing technologies as opposed to the development of new technologies). For developing countries, it involves adopting the technologies of developed countries (which are already tried-and-tested, but specific to the context of the countries in question). Applying technologies that already exist to help certain countries to develop is a strategy which can work, but it poses a structural problem: by systematically adopting innovation devised by others, these countries do not develop their own research capacities and run the risk of always lagging behind in terms of technology.

Indeed, one of the main elements of this action is imitation. It is necessary to imitate what other countries do in order to understand it and take ownership of it. Imitation facilitates technological dissemination. This growth model is not based on their own innovation and necessarily obliges countries to remain behind. Consequently, despite certain economic benefits of this model, it prevents these countries from innovating themselves and their possibility of moving ahead in terms of technology. This lack of their own innovation is also characterized by a lower level of scientific research: in 2009, the average number of scientific publications for Africa as a whole stood at 20 per million inhabitants, whereas in North America this number was 705 per million inhabitants (source: World Bank DataBank).

The criticism of this model, which is based on a large-scale industry driven by the innovation of a handful of countries which are in advance, has led to the creation of the appropriate technology movement. This movement came about in the 1970s and postulates that technology must be at the service of people and not the other way round. The first thinkers on this subject drew a contrast between industrialization and the workforce. The idea was to say that in order to develop an economy it was necessary to employ people, and that this was therefore contrary to industrialization. Consequently, they wanted to give priority to technologies that are labor intensive and on a small scale. This means that when a technological choice needed to be made, priority was given to decentralized labor intensive technology on a small scale, with a low energy cost and could be controlled at local level. There are historical reasons for these characteristics and they arise directly from the construction of the appropriate technology movement and the context at that time. Today, it is no longer necessarily these characteristics which must be followed, but the idea remains the same: technology needs to be placed in its context, all technology, from the simplest to the most advanced – and needs to be considered depending on the physical and social conditions in which it is used. The particular circumstances of each country, of each region, require specific reflection. This vision puts the importance of the specific research capacities of each country back at the center of the debate.

Renewal of the movement in an era of social entrepreneurship

The appropriate technology movement has come in for a lot of criticism. The principle is based on the idea that the most widespread technology at a given point in time is the most effective technology at this point in history. It stems from the belief in a free market. If the market is free, then the best solution should be the one used the most (in demand from clients and therefore purchased on a large scale). Consequently, when there is perfect competition between all the technologies, the dominant technology should be the best one. Yet in reality it is totally different: there is not free competition on the “technology market”. The most widespread technology is not necessarily the most effective, but quite simply the most subsidized, the one which benefits from wide dissemination, strong political support or favorable regulations. A technology of little interest may be supported by government intervention, institutional inertia, lobbying or substantial investments, which undermine the development of innovative alternatives that are better adapted to the context. It is extremely difficult to finance alternative research, especially in developing countries which have a very limited capacity for scientific research. For example, the social enterprise Faso Soap, based in Burkina Faso, which obtained recognition with the Berkeley Global Social Venture Competition (GSVC) prize thanks to its idea for a range of everyday products to combat malaria, needs to rely on crowdfunding to finance its R&D!

Furthermore, there is fierce competition even before an arrival on the technology market: investment choices for any given basic research will have an influence on the development (or not) of new alternative techniques. Consequently, “why are there so many investments [in research] for transgenic plants and so few for ecological farming methods? Why gene therapies and not more research on communicable diseases in Southern countries or on the impact of new chemical molecules?”.1

For Paul Polak, a pioneering entrepreneur in sales to “bottom-of-pyramid markets”,4 if  the appropriate technology movement has experienced a number of failures, it is because it was conducted by “well-intentioned tinkerers instead of hard-nosed entrepreneurs”. The current growth in social entrepreneurship could allow technology initiatives adapted to their context to come into being. In response to Paul Polak’s argument, we would move from “well-intentioned tinkerers” to more professional approaches and using the effective tools of the enterprise (as an organization).

However, the weight of the research for appropriate technologies must not only be borne by local entrepreneurs who single-handedly promote their innovations: ambitious research partnerships must be structured. There are currently no research methods that allow social entrepreneurs to work with professional researchers and large research institutes. There is a need to create this possibility: the research capacities of Northern countries must work together with social innovators (from both the North and South). There are too few of these partnerships between public research and social entrepreneurs, whereas they are an extremely promising form of collaborative research, promising both to move science forward and address social challenges.

We should not hesitate to go further and question emerging technologies and ongoing research: What can microfluidics, 3D printing and the Internet of objects bring us? Technology should never be considered as an end in itself. It should be assessed on the basis of the contribution it makes to a human activity which benefits both its direct users and, more generally, the whole of society. The existence and emergence of these new technologies should be an opportunity to create ad hoc research programs based on their potential applications to improve human life and development. For example, the European Commission, with its H2020 research program framework (program to finance research for 2014-2020), should seize this opportunity and propose a call for projects based on the applications of emerging technologies for the common good in order to stimulate multidisciplinary teams (research, public policies, companies) on these issues. The crosscutting Responsible Research and Innovation (RRI) aspect of the H2020 program is particularly appropriate for creating this type of call for projects and would be more ambitious and credible if it proposed such projects.

However, it is still necessary to establish a genuine dialogue and a real collaboration between the different actors. This is, moreover, one of Nutriset’s keys to success: the collaboration between scientists, NGOs in the field, humanitarian workers and companies which are involved in the sector of malnutrition. 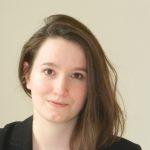