What is the share of water and sanitation in the activities of the Gates Foundation?

In 2016, the water and sanitation sector accounted for USD 100m of activities, i.e. 5% of our Global Development Program. It should be pointed out that we do not have the same vocation as donors: we do not finance infrastructure.

Our role is to innovate in areas that can subsequently facilitate the implementation of programs on a very large scale, which can be led by other development actors. We seek to create pathways towards new solutions, by reducing their risks.

Why is sanitation a priority for you?

I myself grew up in Côte d’Ivoire before studying sanitary engineering abroad. It is difficult to remain indifferent when you come from communities where children die from easily preventable diseases. According to the UN, 1 billion out of the 4.5 billion human beings on the planet still need to relieve themselves in the open air. It is appalling!

There are huge consequences in terms of child mortality: between 500,000 and 800,000 children under the age of five die every year. On the economic front, India has calculated the losses caused by this situation at 5% of its annual GDP, i.e. USD 100bn a year.

Why should this model not necessarily be followed?

There cannot be a one-size-fits-all solution. A flushing system with a sewer, treatment and discharge into the natural environment is very expensive!

Furthermore, we can question the quantities of energy used to supply households with drinking water and subsequently purify it. We should also bear in mind that safe drinking water partly goes into toilets! The energy balance of the cycle of water used for sanitation in urban areas may seem aberrant.

We cannot ask all countries to replicate this model, which requires substantial infrastructure and financial resources. Various alternatives can provide this same quality of service for all. It is for this reason that the Bill and Melinda Gates Foundation finances the development of technologies which allow fecal matter to be recycled into energy, while offering the same comfort as a flush toilet. We are doing this in the context of the call for the reinvention of toilets, which we launched in 2011.

When it is not possible to have a flush toilet with a seat, latrines are often available, with no comfort for women, insects and septic tanks we do not know what to do with. There is not a lot of choice. Consequently, we try to get industry to come up with new technological solutions. Major groups team up to try to define the characteristics of these toilets and turn them into international references. We have allocated grants to 16 researchers around the world for them to invent new generation toilets. The objectives? Recycle fecal matter without a connection to water and electricity networks for a cost of less than 5 US cents per user per day. For example, in 2013, we invested USD 5m in China for this research program. We are also working in India, in partnership with the Ministry of Science and Technology.

Toilets for more gender equality around the world

What projects do you support in South Asia and Sub-Saharan Africa?

In both these regions, we work using a more traditional approach with the other development actors to improve what already exists, i.e. latrines which require a quality service with sewage vehicles and treatment. This is the approach which prevails in Senegal, South Africa and Uganda. In these countries, we work with municipalities and water companies to remove fecal matter, transport it and treat it. It is a chain which involves both the public sector and private operators. This model works. Anyone who enters this market will bring added value. We want to demonstrate that sanitation is not a loss-making investment!

The work achieved by the Senegal National Office for Sanitation (ONAS) is an example of success. The pilot project was set up in 2014, with FCFA 8bn of support from the Foundation. The aim was to prove that non-collective sanitation can be organized as a market service without the use of new technologies. The program started in the deprived neighborhoods of Pikine and Guédiawaye, two of the most populous districts in the outer suburbs of Dakar. The toilets there were emptied, as they posed a health risk and a problem of public hygiene.

The service providers have taken over from the public service. They empty the septic tanks in these neighborhoods, then transport the sludge to treatment plants, which have been managed by private industry since 2012 and are profitable. The cost of services has fallen and commercial banks are beginning to lend to the private sector for the development of these activities. An agreement has been signed with AFD to support this process on a larger scale in Senegal.

Sanitation: Crucial to putting an end to undernutrition

In India, the Prime Minister has made sanitation a major national priority. Our role there is to support the administration and sector stakeholders at various levels. With the federal government, we are working to ensure that public policies are well formulated, so that the federal States develop well-targeted policies, which is the case in about twenty of them. In Tamil Nadu and Andhra Pradesh, States where we are present, we are working with the private sector to come up with solutions which we submit to the public authority or, conversely, with the local government to structure service provision and financing requests.

South Africa also sets an example with a national policy adopted in 2016, which recognizes non-collective sanitation as a priority sector for investments.

Why is “building a demand for sanitation” one of your priorities?

People do not always use the toilets which are built for them by external partners for a whole host of reasons. Sometimes, for cultural reasons, people do not feel comfortable in a confined space, or the technologies installed are not suited to customs. We need to propose products which communities are likely to take on board. However, the greatest challenge lies in the development of effective public policies.

The entire Western sanitation system is based on the idea that water is renewed. Yet water is becoming an economic resource which is not always available. From this perspective, on-site sanitation provides a good opportunity to save water and builds a link with climate change.

Innovate for sanitation! A pressing need, a complex process 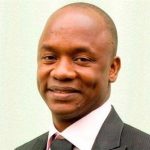