Technical director for water, hygiene and sanitation operations for West and Central Africa at Action Against Hunger

Can you first tell us what sanitation is exactly?

Sanitation refers to the provision of facilities and services that eliminate urine and fecal matter without risk. Human excreta is a potential carrier of viruses, bacteria and parasites, which are deposited in the external environment by open defecation or the lack of sanitation. It is what we call the fecal peril.

Sanitation also refers to good hygiene conditions being maintained thanks to services such as the collection of waste and disposal of wastewater, which contribute to spreading other diseases that are closely related to the nutritional status of children, such as malaria.

Undernutrition is at the crossroads of numerous direct and indirect factors. The causes include food insecurity, climate change impacts, the lack of women’s empowerment, insufficient access to healthcare and social protection, as well as to water, sanitation and hygiene (WASH). Consequently, sanitation is a major component of nutrition security.

The cause-effect relationships between the lack of sanitation and nutritional status are widely documented. Inadequate sanitary facilities or open defecation, which is still practiced by 1 billion people, contaminate water sources. This contamination increases the risk of diarrhea, which causes a loss of appetite, dehydration and poor nutrient absorption. It also increases the risk of intestinal parasitic infections (Ziegelbauer et al., 2011). Finally, tropical enteropathy increases intestinal permeability, which prevents a proper absorption of nutrients (Humphrey, 2009): this disease is a major risk factor of undernutrition.

The lack of access to sanitation and poor hygiene together contribute to 88% of deaths caused by diarrheal diseases. 2.1 million children directly or indirectly die of diseases related to water and sanitation every year. There is therefore clearly a vicious circle of the lack of sanitation-undernutrition.

How can sanitation projects contribute to reducing undernutrition?

A number of scientific studies have demonstrated that improving sanitation conditions plays a significant role in the nutritional status. WaSH operations considerably reduce diarrhea among children under 5 (Fewtrell Review, Lancet, 2005). According to WHO, providing a basic level of access to sanitation for all would avoid 245 million cases of diarrhea. WaSH operations have a positive impact on the incidence of chronic undernutrition and can reduce it by up to 15% (Cochrane, 2013).

Operations that specifically focus on increasing the use of latrines, such as CLTS projects, have an even more direct impact on chronic undernutrition (Spears & Hammer, 2013).

Finally, we should not forget that sanitation activities can also indirectly contribute to nutrition. This is the case with ecological sanitation techniques which, in addition to collecting excreta and urine, aim to sanitize them and transform them into amendment and fertilizer. The loop is closed!

But despite these obvious facts, sanitation continues to be a field that is neglected by the development sector where investments are too low.

Why is nutrition taken into account so little in sanitation projects?

Firstly, most sanitation projects do not have a nutritional objective. While water is a major focus of France’s development policy, WaSH loans are geared towards large-scale urban projects. Consequently, the small investments that are required for access to water in rural areas, including for pit latrines, are left out. Yet rural populations account for 90% of people who do not have access to an improved water source and 70% of people deprived of investment. As these investments are not primarily earmarked for the poorest populations, they contribute little to improving the nutritional status of the most fragile populations.

Secondly, programs to fight against undernutrition and WaSH programs operate independently from each other. While the multi-causal nature of undernutrition is widely recognized, the multisectoral approach is yet to be materialized in the field. It especially comes up against the fact that financial allocations, programs and evaluations are conducted by sector.

We are therefore missing out on an opportunity to fight in a holistic manner against the underlying causes of diseases and undernutrition.

While sanitation is neglected, it is not only a question of investing more in sectoral projects to develop sanitation infrastructure in order to “rebalance” disinvestment in this sector. It also involves promoting multisectoral operations that include WaSH, health and nutrition.

It will only be possible to strengthen the multisectoral response strategy to undernutrition and make it sustainable through wide political support. Several major donors have gauged the profitability of investments in nutrition and the effort that needs to be made, by adopting multisectoral strategies (USA, European Union, DFID, Ireland, World Bank). France must also enhance its performance in a context of budgetary constraints.

How? One of the recommendations of the Generation Nutrition campaign is to increase the nutritional impact of sectors related to nutrition.

What are your recommendations for actors in sanitation to include nutrition more in their operations?

Sanitation and nutrition projects need to share a common response strategy. For example, it is necessary to include representatives from the other sector in all the stages of their project management cycle. It is also necessary to ensure geographical consistency between the different operations. The sanitation activities must be targeted on the basis of nutritional vulnerability criteria: take into account the prevalence of undernutrition in areas of operation, prioritize the crucial “1,000 days” window from the conception of children to the age of 2…

The “WaSH and Nut” approach, which has already been implemented in several priority countries for French cooperation, involves developing a minimum package of activities for health facilities, as well as for communities, for example, by targeting both malnourished children and their caregivers.

Finally, it is essential to include the sanitation and nutrition value chains in order to ensure that financing, and therefore operations, are sustainable.

The Sustainable Development Goals include an ambitious target to reduce undernutrition. So what are we waiting for? 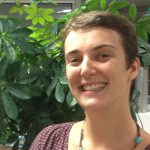 Technical director for water, hygiene and sanitation operations for West and Central Africa at Action Against Hunger 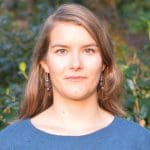