You can republish our articles for free under our Creative Commons license.
Youth rally in Bamako, January 7, 2016 Photo: MINUSMA / Harandane Dicko

The Sahelian population is among the youngest in the world. According to the United Nation’s Support Plan for the Sahel (UNFPA), young people aged between 10 and 24 represent 52% of the population in the Sahel, or around 53 million people. And this number is going to increase over the next twenty years.

Nonetheless, this category of the population is the most vulnerable to unemployment and underemployment in this region. In Mali, the unemployment rate for young people aged 15 to 24 is approximately 21.9% (according to INSTAT). These are official figures and therefore are often underestimated. As a result, in areas affected by conflict, young people with no prospects constitute a major recruitment resource for terrorist groups.

Young people in the Sahel: a secondary role in politics

Despite their significant weight in demographic terms, young people in the Sahel region occupy the bottom rung of the political ladder. The arrival of democracy has not affected this situation: young people, who, numerically, make up a large part of the electorate, have always been considered by their elders as “followers” in politics. During elections, they are used to mobilize support during rallies and by political parties controlled by leaders in their sixties. Talking about the representation of young people (18-35) among the decision-making bodies of political parties is still considered taboo.

At best, young people play a secondary role. In most West African countries, there is a significant age gap between the composition of party leadership and the wider population. Moreover, the age of candidacy for president is 35 in Mali, Niger and Burkina Faso, 40 in Mauritania and 45 in Chad. This means that young people (aged between 15 and 35) are legally prohibited from becoming president in Sahelian countries. In our opinion, this situation needs to change.

In Mali, a number of young activists, members of grassroots organizations, have decided to get involved in politics, such as 26-year-old Mamadou Kouyaté, President of the Anw platform (“we” in English). This group, comprising several associations, promotes the inclusion of young people in decision-making bodies. “I decided to become involved in politics because of a major desire to bring about change. It’s my belief that a nation’s development begins with its young people”, explains Mamadou Kouyaté.

In his view, political action is required to bring about change in Malian society. “Whenever people discuss politics they talk about governance, young people and change. Regardless of age, the social class must have clear and precise convictions in order to instigate change in the country,” he says. He was a candidate in the aborted 2020 legislative elections (following the coup d’état on August 18, ed.). The president of the Anw platform explains: “I opted to run as an independent candidate without support from other parties or politicians, using my own funds. The best way to effect change is from within the system”.

According to Oumar Bassy Sanogo, political secretary of the Party for the Restoration of Malian Values (PRVM-Fasoko), civic engagement is only one step away from political engagement. He says: “I quickly became involved in community life as part of Collectif Action-Vérité (CAV) and the Action Jeune pour le Développement association. We implemented community development activities and organized training for young people in sanitation and road scraping operations”.

He adds that in 2015, “I decided to register on an independent list to be elected as local councilor. That’s how I was able to gain access to the town council”. Oumar Bassy Sanogo explains the reasons for his involvement in politics: “I was driven into politics by a sense of gratitude to my country which has given me everything. At a young age, I began and completed my studies. I found a job. I wanted to apply my experience to serve my country”.

The bet on citizenship in the making

Founded in 2014, the AJCAD-Mali association is one of the youth organizations trying to make a difference in Mali. During each election, young people work to inform and educate citizens in the community about the importance of voting. They explain how to make a decision based on the social agenda of candidates, in spite of a political context in Mali which is unfavorable to the emergence of young leaders.

With more than 20,000 citizen action club members across the country, our association aims to promote the candidacy of young people on the political scene. It encourages their involvement in governance, not just as beneficiaries of programs and projects, but as major players.

The action clubs carry out citizen mobilization operations to facilitate participatory elections. Spaces for dialogue are established at each election giving candidates the opportunity to present their vision for society and enabling citizens, especially young people, to make responsible choices. For the 2020 legislative elections, AJCAD created a forum on its media platform “AJCAD TV” so that young candidates could share their vision with the rest of the electorate.

Throughout the elections, “AJCAD observes the voting process and provides citizen support which involves assisting people with finding their polling station and helping the elderly and people with disabilities to vote,” explains Oumar Sangaré from the association. Lastly, following the elections, the association scrutinizes political leaders’ actions by challenging them on the “promises made in press releases”.

In Mali, our multidimensional actions are shared via community dialogue spaces, social media (Facebook, Twitter) and digital platforms, as well as on community radio and television stations which are highly popular with local populations.

Demba Diallo, President of the AJCAD citizen action club in Bangassi, a commune in the Kayes region (western Mali), believes that these actions are helping to mobilize citizens. “We are now demanding that politicians build a real program for society”.

For his part, Souleymane Diarra, member of AJCAD and leader of the citizen action club in Mandé, in the Koulikoro region, maintains that the association’s activities at community level have kept citizens informed about elections. “We were deployed in the field during the operation to review electoral rolls and thus advise young people on three specific scenarios: registration-validation, transfer and deregistration”. He estimates that 200,000 people were reached through this operation.

Despite the global security crisis, young people are becoming increasingly mobilized in Mali. More generally, civic and political engagement in poor and unstable countries plagued by violent extremism can offer some hope to communities in search of comfort. 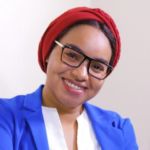 The Sahel is one of the regions simultaneously facing the most numerous challenges. According to the recent “Desert Flower” scenario, the five countries of the region could reach an intermediate level of development by 2033 with adequate political leadership.