Pastoralism is one of the key economic activities in the Sahel, but it is under increasing threat. Where is that threat coming from?

I will first mention the sense of insecurity that is prevalent in the livestock transit areas, particularly in the border regions, but also in the host locations. Among locals, herders are often perceived as individuals who foster insecurity. And it’s true that certain criminal elements do profit from transhumance: cattle rustlers, bandits, members of armed groups and many others exploit the movement of livestock to escape the clutches of the law. It hurts us all and weakens our sector, because mistrust in herders is growing.

Has it become more difficult—or even impossible—to cross borders in order to reach certain lands?

Absolutely. Benin, for example, has closed its borders to all transhumant herders from neighboring countries (Nigeria, Niger, Burkina), citing security reasons. This is a measure that discriminates against nomadic herders in particular and farmers in general. The laws were negotiated and accepted by everyone in the region, and now they’re being violated. In Nigeria, southward mobility has become quite a challenge due to the rising number of inter-community conflicts—and not only those involving Boko Haram. In Togo, herders can still circulate, but the administrative process has become increasingly draconian. Taxes have also risen significantly in this country.

In this increasingly insecure context, is it true that Fulani herders are being compared to “terrorists” in the Sahel?

This kind of stigmatization is nothing new. All it takes is for a fight to break out, even one between two “brothers”, for the Fulani to get the blame. However, this is not true everywhere. In Niger we have not noted any particular tension with this community. On the other hand, conflicts between communities have definitely grown in both Mali and Burkina. There was already a form of intolerance in these countries, and the presence of Fulani in armed movements—sometimes among their leaders—has acted as a spark.

Do you have to pay taxes to armed groups in order to herd your livestock and maintain pastoralism?

It’s true that certain groups charge taxes to finance their activities on the territories they control. They collect the “zakat” duty on herdsmen. When village chiefs or leaders are murdered, it is often because they have refused to pay this duty or because they have alerted the local authorities or the government. The Tillabéri region in southwest Niger is an area where livestock theft has always been commonplace, even before the situation worsened in the Sahel. The stolen livestock is then taken to Mauritania. Sadly, rebellions of all kinds have always lived on the back of herders.

Pastoralism, development and security in the Saharo-Sahelian region

What’s the attitude of the authorities on this state of affairs?

We’ve always been marginalized; we are refused land in many areas and are excluded from the socioeconomic investments made by governments in the region. Our rights are not protected, probably because of our lifestyle and our production methods. The authorities do not take account of mobility in stock-farming. Despite agreements that were signed between the State and herders, our children are largely denied education. Everything seems to point to a lack of trust in pastoral herders among local authorities.

When France was a colonial power, it attempted to settle the populations of the Sahel. Did the States look to do the same thing after independence?

Absolutely. They applied the same policies. The areas in which herders travel are managed militarily and in accordance with the “sedentary” standards, but without adequate support, for example in terms of infrastructure. This is the case for wells, which were dug in locations that are not on the routes taken by nomadic herders. All these standards have seriously disadvantaged us. The numerous pastoral codes adopted by States over the years have never guaranteed the rights of herders. There have merely been declarations of intent.

Do herders participate in public life? Do they vote?

They are supposed to vote in the territories where they live. But many don’t because they feel indifferent. Why vote? It doesn’t change their day-to-day lives. They don’t know the prefect or the subprefect. Even less the president, in his faraway residence.

The major difficulties that the Sahel faces are often linked with the region’s very strong demographic growth. What’s your view on that?

This argument is widely used against pastoralism and mobility, which consume a lot of space. Should nomadic herdsmen be gradually prohibited from using these spaces on the grounds that the sedentary population is growing rapidly in the region? The lands on which our herds graze have gradually been taken away from us, whether by wealthy landowners or by foreign companies, especially mining firms, which speculate on the land. Our territory has become a highly coveted one! The lands are bought from herders in difficulty who have no choice but to sell. The purchasers do not intend to invest in these lands, but instead hold on to them for a while and then sell them off at a higher price later. Yet in theory, none of these sales should be taking place in the pastoral zones, as these are community spaces that by definition belong to everyone. It’s illegal. And the State itself creates a certain confusion between community spaces and the public domain: sometimes, it decides to assign land in the form of concessions to private economic operators under somewhat debatable conditions.

Is climate change having an impact on pastoralism?

It is. A greater amplitude in temperatures has been observed. In the Sahel, the hot periods are getting increasingly hotter. The rainy periods are more intense. These changes are affecting everyone, both sedentary farmers and nomadic herders, although by its very nature pastoralism adapts more easily. But in recent years, many animals weakened by drought have fallen victim to the heavy rainfall that comes at the end of the dry season. Additionally, this rain destroys the millet and rice stalks which make up about 10% of livestock feed.

What about the younger generations: is the future of pastoralism assured?

Lots of young people are turning away from it. Although this is partly due to the arduousness of the work, it is also a conflict between generations. When a Fulani child is born, they receive an animal as a gift. And as they grow older, they receive part of the family herd as their own. But increasingly, these young people want to sell their livestock in order to buy motorbikes, phones, etc. This is something new, and has created tensions between elders and young people in families. Values have changed. Traditionally, herders have always had little in the way of ready cash, but the youngsters want money.

Are you worried about the future of pastoralism? Is sedentism the future?

I’m confident in our ability to overcome the current challenges. The benefits of pastoralism are acknowledged throughout the region. Our professional organizations are still strong, despite a growing tendency toward individualism. If we take the example of a family of seven farmers, I can envision just one of them remaining nomadic while the others convert to agriculture. But it all depends on the ability of the State to promote the sector. Sedentism cannot be imposed. It’s also worth pointing out that if all nomadic herders decided to settle, the resultant land issues would be far more serious than they are now! It’s important to understand that nomadic herders are forced against their will to go south to feed their livestock. The fodder in the north is much better quality than the southern pastureland, which is less nutritious and also disease-ridden. In the Sahel, we have water under our feet—sometimes as little as three meters down. If we get properly organized, we have enough to feed all the countries in the Sahel region. But to achieve this we need a good agricultural policy!

What role do external actors play?

As regards farming, nearly everything comes from outside the region: there are herding-related adjustments in the drafting of the Pastoral Code which, in Niger, was financed by the Swiss Cooperation Agency. Since the emergence and the growing influence of armed groups in the region, numerous stakeholders have started to take a closer look at pastoralism and the issues surrounding it, which in itself is a very good thing. But we’re under no illusion: this interest is largely linked to security, whereby nomadic herders are seen as the “first line of defense” against the Jihadists. The local States must get more involved, including financially. 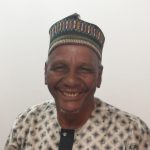