Every year, the Center for International Research on Environment and Development (CIRAD) and Agence Française de Développement (AFD) release a publication in the series “Agricultures et Défis du Monde”, published by Quae. The aim is to showcase the latest research results and thereby shed insight into policymaking for sustainable development.

Following on family farming, climate change and the relationship between agricultural sectors and sustainable development, in 2016, CIRAD and AFD focused on the notion of “territory”. How can rural territories contribute, at both local and global level, to the achievement of the Sustainable Development Goals? This is the question raised by the publication “Living Territories Can Change the World”, which will be presented on 27 February at the Paris International Agricultural Show.

Patrick Caron, geographer at CIRAD and President of the High Level Panel of Experts (HLPE) of the United Nations Committee on World Food Security, takes a look at this avenue for reflection.

Why focus on rural territories?

They are pioneering areas for new forms of governance. They are areas which provide economic, social and environmental services, which are essential to peace and social cohesion.

At a time when the rapid changes to our planet, particularly urbanization, raise a number of issues, we feel that it is important to focus on the capacity of rural territories to contribute, at both local and global level, to the achievement of the Sustainable Development Goals. We are convinced that there will be no prosperity or peace, including in cities, without flourishing rural areas.

Can agroecology meet the challenges of the 21st century?


Practically speaking, what does this involve?

It involves better understanding and tapping into territorial dynamics and resources. For example, it involves knowing how to rely on collective constructions at territorial level in order to organize agricultural production and manage land, water, pastoral and forest resources. The strong assumption behind this publication is that territories are major areas for technical, organizational and political experimentation and innovation and that, in this respect, they are a major engine for change in order to achieve the SDGs.

However, this does not mean that we are seeking to turn territories into something idyllic. Territories are also a battlefield which can generate the exclusion and marginalization of some. What interests us is to know when and how they can prove to be this engine for action towards sustainable development.

But what is the main engine for action at territorial level, between the private sector and public policies?

When we refer to regulation for sustainable development, we often think of the State on one side and the market on the other. At the end of the 20th century, Elinor Ostrom, winner of the Nobel Prize for Economics, put forward the theory of the commons as the third channel for regulation. The way in which we conceive territories here is similar to this conception. Territories, in the same way as the State and the market, provide an additional regulatory space that is not exclusive to these two categories.

In our previous publication on industries and sustainable development, it became apparent that it is at the intersection of industries and territories that virtuous dynamics can be built, in particular by involving actors more. The new publication confirms our analysis: it is essential for actors in the territory to control economic dynamics. It is by coordinating the economic dynamics of industries, and the capacity of actors in the territory to manage them and turn them into an advantage, that original innovations can be devised. It also allows territories to be turned into a form of regulation for sustainable development.

Global climate governance: the role of the commons paradigm


Do donors need to rethink their policies on the basis of territories?

The publication is all about sharing the conviction with donors and all development actors that we have an important potential avenue here. It seems all the more important to invest in supporting territories as the agriculture and rural issue has been largely neglected in recent years, with a dramatic decline in public support for this sector.

The overall disinvestment of Official Development Assistance in rural areas had already been mentioned in a status report on world development published by the World Bank in 2008, just before the “hunger riots” in 37 countries around the world, due to the excessive volatility of cereal prices and a limited purchasing power in urban areas. In 2013, a report by the High Level Panel of Experts of the United Nations Committee on World Food Security also emphasized the danger of such disinvestment.

Beyond donors, the issue also concerns States. Ambitious commitments have been made by African Heads of State, particularly in Maputo in 2003: indeed, African States pledged to allocate at least 10% of their public spending to agriculture. The pledge was reiterated in Malabo in 2014, but it has currently not been achieved in most cases. 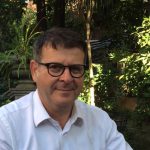