As 50 000 people gather in Rio for the Rio+20 Earth Summit to a succession of pessimistic and optimistic forecasts on the outcome, two French personalities encapsulate these different attitudes and perceptions.

Brice Lalonde, former Minister of Ecology and well known for his indefatigable environmental activism, has chosen to work from the inside. Appointed by the UN as executive coordinator for the event (which in itself is a remarkable acknowledgement of his commitment and competence), he perceives “a genuine desire to make headway. For many people this is the start of a cycle, an adventure that’s about to begin”.

But Nicolas Hulot, the well-known ecologist and chairman of the Nicolas Hulot Foundation, has announced that he will not be going to Rio. “What is the point of going to Rio to find out how incapable the world’s States are of agreeing on what they want? I’d rather see a diplomatic fiasco than a raft of toothless commitments”, he says. So what is the position? What can we really expect?

While the Summit will definitely be a major international event, given the number of delegates and accredited personalities attending, there will be some notable absences: Angela Merkel has announced that she will not be attending, and neither will David Cameron. There is still some expectation regarding Barack Obama, but he is very unlikely to attend, especially as the US presidential election campaign is now under way, in which the environment does not seem to be an issue. Even if other Heads of State will be there (including  François Hollande), those absences are a sign of only moderate interest in the Summit – less than for Copenhagen, which was a failure. The economic crisis has pushed ecology far behind immediate economic concerns.

Given this context, the best outcome we can reasonably expect is probably the signature of a joint statement setting out a series of key principles and general objectives.  Such a statement would not be binding on anyone – since the failure at Copenhagen, reaching a binding agreement has apparently ceased to be an option for international negotiations. It would presumably set out a series of Millennium Environmental Goals (MEG) on the lines of the Millennium Development Goals (MDG) set out in 2000 by the United Nations for the next fifteen years: reducing extreme poverty, promoting gender equality, increasing access to drinking water, health care, and so on.

However inadequate, such statements of principle are not entirely futile. The MDG helped to focus efforts and provide a framework for action or moral and organisational support to a number of governmental and non-governmental organisations: in effect, they set a global agenda.
Their impact has been modest, obviously, and hard to measure. The only MDG achieved – halving the number of people without access to clean drinking water – was only reached last year. School attendance and  poverty reduction have improved substantially in the last few years, albeit very unequally in different continents.  But has this really been the result of international commitment, or the fruit of economic development, especially in Asia? As for the funds devoted to the MDG, were they taken from other budgets?
Although progress towards the MDG has not been up to what our planet needs (abolishing hunger and the worst forms of inequality), the historic vote that officialised them was an important step in the right direction. If Millennium Goals were to be defined for the environment and adopted by all of the world’s countries, this would also be a step forward. A small step, but a step nonetheless.

Towards what, though?  Eight MDGs were set out in 2000, and the Rio +20 Summit has put 7 critical issues on the agenda: decent jobs, energy, sustainable cities, food security, water, oceans, disaster preparedness…

Yet even an agreement of this sort cannot be taken for granted. At the time of writing, there were still a great many points on which delegates could not agree. A number of well-informed people therefore doubt that even this kind of statement will be signed by State representatives before the end of the Summit – although this is probably its only achievable goal.

It seems that the age of major international agreements is behind us. The few decades since the fall of the Berlin Wall at the end of last century may well turn out to be a mere parenthesis in which the unrivalled power of the Western world made us believe that its economic and social model, even its approach to diplomacy and major international issues, would triumph over all. But now, with great powers such as China rejecting any interference with their national sovereignty, how can we believe any more in such overarching international accords?
It is not that China, or Brazil, which is hosting the Summit, are less ecologically minded than others.  China, for example, has undertaken a profound transformation towards a green economy, building more solar panels and wind turbines than the rest of the world put together, for example, and has introduced extremely severe laws against deforestation on its territory. But China wants to conduct its ecological transition in its own way and refuses to be dictated to by anyone else.

The emerging countries are not the only ones taking this position. The United States, or at least the US Congress, rejects any attempt to undermine its prerogatives (by refusing to sign the Kyoto Protocol or be subject to the International Criminal Court, for instance).

Hopes of a major international agreement, therefore, are not even a pipe dream now: they are an anachronism. So how can we move forward?  Perhaps, at the international level, through  statements of principle, like the MDG, provided they are brought into effect at national level, whether through government initiatives or not, by involving businesses and civil society. Perhaps through bilateral rather than multilateral agreements.

In a way, this would mean going back on the hopes of a few years ago. And especially, it is unlikely to be adequate to the urgency of the ecological issues at stake. But it is the best we can hope for, and it brings us back to the difference between the optimists and the pessimists: behind each different opinion, there are differences in analysis, in temperament, in points of view, in strategies and in levels of expectation.

As Nicolas Hulot says, in effect, if Rio+20 only even succeeds in introducing Millennium Goals for the Environment, this will still be a long way off what we need. The time now is for action, not words. But as Brice Lalonde says, we have to make the very best of historic moments such as this major international negotiation.

Our future will depend on the ability of the two trends of thought to work together – because it’s too late now for pessimism. 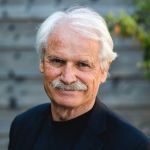