President and CEO of the European Climate Foundation

2016 was the hottest year since temperature recordkeeping began in 1880. Two years after the adoption of the Paris Agreement, does it live up to the emergency?

There is no reason to consider that the Paris Agreement, which was sufficiently ambitious in December 2015, is no longer so today. Article 2 of the Agreement sets the target for 2100 of holding the increase in temperature to well below 2 degrees compared to preindustrial levels.

The problem is that a number of national contributions submitted by countries, setting targets for 2030, were prepared before December 2015 and are not in line with the objectives of the Agreement.* If there is to be any chance of holding the increase in temperatures to 2 degrees and achieving carbon neutrality in the second half of the century, the level of national contributions taken before the Paris Agreement must be revised upwards. They should be more radical!

*A United Nations report published in October 2015 estimated that the national commitments of 146 countries (accounting for 86% of global carbon emissions), made on 1 October 2015 with a view to COP21, had “the capacity to hold the increase in temperature to 2.7 degrees” and not to 2 degrees.


Since the Paris Agreement, what rules and tools have been adopted for its implementation?

The commitments made for national contributions for Paris were neither complete nor detailed. There was still a lot of work to do. Following the Agreement, the first step was to work on finalizing national contributions, which subsequently need to be implemented and increased every five years. Little by little things are falling into place. National agencies and governments are working on preparing action plans and measuring their impact.

Negotiations over the rules for the implementation of the Paris Agreement will be completed by 2018. Several discussions have not been finalized yet, for example those on the transparency rules. The US administration placed great emphasis on this point in 2015 and there are also strong European demands for rigor. In contrast, a number of developing countries do not want the transparency mechanisms, which allow us to know the quantity of greenhouse gas emitted and verify that the national commitments are kept, to be intrusive. We need to strike a political balance: this will all be finalized next year during COP 24 in Katowice in Poland in 2019.

For the implementation, the practical aspects also need to be considered. A number of countries had monitoring systems, particularly for statistics, which were too weak. There is currently a lot of technical assistance for the development of statistical instruments to verify what is done.

What are the consequences of the US withdrawal from the Paris Agreement, which was announced on 1 June 2017?

It did not cause a snowball effect. It was not followed by any State disengagement. The US is particularly isolated. The ratifications have even gathered pace recently: to date, 169 parties  (as well as the European Union) out of 197 have ratified the text of the Paris Agreement.

That being said, we need to renew the political impetus, which was undermined by the US withdrawal. This is what the current challenge is all about! Are countries sufficiently committed to press forward anyway, despite this period of US latency? Will they be able to generate a movement to revise contributions upwards? This is an important question. Seeing how many or who can generate this positive movement is what is at stake in the facilitative dialogue scheduled in 2018, according to a decision adopted by States at COP21.

Several countries, including France, have announced that they wanted to achieve carbon neutrality by 2050. Ethiopia has made very ambitious announcements. Can Germany do the same, in a context where its emissions are increasing? We are in an in-between situation. A new wave of mobilization is in preparation. A leadership is needed. It is for this reason that France is organizing an international climate summit on 12 December 2017.

What assistance is being set up for developing countries?

In terms of technical assistance, several operations are being conducted simultaneously: the NDC partnership (partnership for the implementation of national contributions) co-chaired by Germany and Morocco, various European Commission initiatives, one by the World Bank, Inter-American Development Bank, Agence Française de Développement, etc. The preparation and implementation of national contributions is today receiving a lot of support from bilateral and multilateral aid.

The financing of investments is another matter. Following the US withdrawal from the Paris Agreement, the US contribution to the Green Climate Fund has not yet been replaced. In contrast, other channels are functioning: multilateral banks and agencies are financing climate plans via their investments in various sectors: infrastructure, clean energies, building renovation, agricultural adaptation, etc.

The mobilization of finance is set out in Article 2 of the Paris Agreement, but it still remains marginal. Several hundreds of billions of dollars would be needed for the energy transition, whereas the rechanneling of financial flows towards green financing at present amounts to tens of billions. There is no massive movement yet. There are a lot of investments in renewables, but they still remain well below those in fossil fuels.

Is the French plan presented by Nicolas Hulot sufficiently ambitious?

France’s climate plan is very good, it may even serve as a rallying point. The carbon neutrality target is crucial. The plan also includes objectives on clean mobility, electric vehicles, hydrocarbons, etc. The components concerning carbon pricing, investments in building renovation and energy efficiency are equally important. The plan is very interesting, even if it still lacks details on the measures and timetable, which should arrive by 2019. It is highly desirable for this to happen before. Most of the countries making commitments are going to try to propose their scenarios well before 2020.

Implementation of the SDGs: where does France stand?

This COP 23 does not promise a specific decision on the finalization of the negotiations, as the deadline is next year.

However, there is a very important political component: COP 23 is the first COP following the official announcement of the US withdrawal from the Paris Agreement, the world’s second largest CO2 emitter after China. President Trump has also just announced that he was completely repealing the US plan on closing coal-fired power plants. The political question is obviously about commitments: Are countries continuing to show solidarity towards the Paris Agreement?

Then the second important question is that of the territories the most affected by climate change. It is the first COP organized by a very small country, Fiji. There will be specific content on the adaptation of vulnerable and fragile territories, which are calling for more and more support concerning the sometimes irreparable consequences of extreme events. We can expect loss and damage to be a central issue in the discussions, especially after the climate events which devastated the entire Caribbean region this autumn.

Finally, some parts of US society – regions, cities, companies – are going to come to submit their commitments to the Paris Agreement, independently of the withdrawal decided by the government. This is a major innovation in global governance! 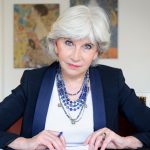 President and CEO of the European Climate Foundation