Population density in Asia and the population explosion in Africa put natural environments under extremely strong pressure. It is particularly difficult to fight against the fragmentation and degradation of natural habitats caused by land being used to the benefit of agri-food, industrial and mining activities, urban sprawl, the development of transport and energy infrastructure… The conservation models, which are based on national parks and natural reserves, are necessary, but will only partly withstand the economic, demographic and climate pressures. To recover natural areas, it is also necessary to reclaim land, in the heart of degraded forests, depleted oil fields… This is the real challenge for ecological restoration. Today, it constitutes a new priority in order to stem the degradation of environments and the disappearance of habitats and species. By integrating human values and the economic, social and cultural dimensions, ecosystem restoration is a powerful instrument for local development.

The dramatic impoverishment of biological diversity and degradation of ecosystem services have made it possible to legitimize a marked development in the political situation at international level, in Europe, and in France. Among the twenty priority Aichi Targets adopted in October 2010 at the Convention on Biological Diversity in Nagoya, the international community pledged to at least halve the impoverishment rate of all natural habitats and to restore at least 15% of degraded ecosystems by 2020.

The concept and principles of ecological restoration emerged in Europe and the USA at the beginning of the 20th century, with the aim of taking care of “damaged landscapes”. The first actions were part of approaches to fight against erosion on mountain lands and to fight against the degradation of forest areas. These actions have spread and diversified in order to address a whole host of situations of environmental degradation in a wide range of natural environments.

Ecological restoration aims to allow an ecosystem to return to its historical biological trajectory. It does, of course, involve long processes. The latter involve assisting the regeneration and reconstruction of degraded ecosystems, which have been damaged or destroyed as a direct or indirect result of human activity.

In practical terms, it involves establishing diagnostics of environments and of pressure factors, and defining appropriate measures to restore pathways of natural evolution: revegetation work and reintroduction of native species, fight against erosive phenomena, soil decontamination, etc. This requires expertise in the fields of ecological, biological and hydraulic engineering, landscape restoration and site development, soil decontamination, and water treatment.

It is also necessary to more accurately measure the services rendered by ecosystems, strengthen cost-benefit analyses, and quantify the returns on investment in order to demonstrate, especially to decision-makers, that these restoration programs are not only cost centers. A recent study[1]  has shown that on the basis of 200 projects analyzed on 9 biomes, the economic benefits are nevertheless well above the investment and maintenance costs. Apart from certain restoration projects for coral reefs and coastal areas, which can have substantial costs, the cost/benefit ratios are extremely high: 1/12 for terrestrial wetlands, 1/14 for tropical rainforests and 1/35 for grasslands.

The benefits are even higher when the fact that restored ecosystems are more resilient, particularly to pressures related to climate change, is taken into account. In the future, this should make it possible to contain the costs of preserving ecosystems.

China, one of the world’s 17 mega biodiversity countries, is facing an unprecedented environmental crisis due to extremely high demographic pressure and unbridled growth. It has been experiencing an alarming degradation and loss of wetlands over the past decades: reduction of 13% of lakes, 23% of marshlands and 51% of coastal wetlands.

The Chinese authorities have set out to stem this process by implementing a more active environmental policy. The 12th Five-Year Plan has set targets and launched concrete actions to preserve biodiversity and set the country on the path to “ecological civilization”.

The Chinese authorities wished to restore the wetland of the Liaohe Delta in Liaoning Province, which is recognized as a Ramsar site (international convention on wetlands). The Liaohe Delta is home to one of the largest reedbeds in the world and is part of the migration route of birds from East Asia, which include some emblematic species, such as the Saunders’s gull, the Siberian crane and Japanese crane.

This area was completely artificialized in the 1950s in order to structure a local economy based on reeds for the manufacturing of paper pulp. The establishment of the oil industry in the 1970s exacerbated the degradation process of the wetland via water and soil pollution, the fragmentation of natural environments, landscape degradation…

The restoration of this wetland, which is of global importance, primarily aims to restore the hydrological and ecological functions of the delta: rehabilitation of hydraulic infrastructure, remediation of degraded areas, depollution of oil wells, replanting of former roads, salt marshes and aquaculture areas… It also aims to conserve natural habitats and extend nesting and resting sites for over 200 species of migratory birds.

Improving the hydrological functioning will also increase the productivity of the reedbed for the benefit of the 50,000 residents who are dependent on it. In addition to activities related to reed harvesting, the objective is to enhance the development of natural resources and sites, taking into account the delta’s specific cultural values, via actions that aim at a rational development of ecotourism, fishing and aquaculture.

One of this program’s objectives is also to improve communities’ and administrations’ understanding of the ecological issues of this territory. This firstly involves environmental education actions, but also dialogue, by establishing multi-stakeholder platforms to allow the latter to more actively participate in the debate of ideas and take ownership of the developments undertaken in the management of the territory. Consequently, the success of this program will depend on the commitment of all the stakeholders in the delta, which is already quite something, but also actors in the Liaohe watershed. Technical measures to restore and strengthen the territory’s sustainable management institutions will go hand in hand.

Ecological restoration must be a priority in order to stem the process of environmental degradation, contribute to the preservation of fragile habitats and critically endangered species, and develop natural resources. With the mainstreaming of the economic, social and cultural dimensions, ecosystem restoration becomes a key area for action for development actors. By aiming to adopt a more inclusive development model, ecological restoration will require time, the time to change the behavior of individuals and societies, a time that we should take. Many Northern countries have understood this and can mobilize resources and their institutions for this purpose. We need to help Southern countries to follow the same path as rapidly and as broadly as possible, as the quality of their development is at stake. For this to be achieved, the political will must be clearly expressed.

The challenges of large-scale ecological restoration for development will be the theme of Institut Véolia Environnement’s 7th Future Environmental Trends Conference, which this year is co-organized by Agence Française de Développement, IUCN International and the Water Science and Technology Board of the Council of American Research. This conference will be held in Washington D.C. on 29 and 30 May 2014. 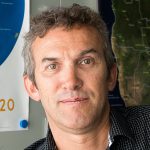