Founding President of Arcad-Sida Mali, Director of the Africa Bureau and Networks for Coalition Plus

The Global Fund to Fight AIDS, Tuberculosis, and Malaria regularly reminds organizations that its funding for staff treating HIV/AIDS patients will soon come to an end, arguing that local governments must take over. What is the current situation?

Aliou Sylla: We’ve been talking about it for three years, like we do at the end of each funding cycle. In Mali, ARCAD-SIDA covers about 50% of the costs for these personnel in charge of prevention and the fight against HIV/AIDS. The organization serves as a de facto employer, with the approval of the Malian government. An end to our funding would not only present an administrative problem, but there is the risk that all the knowledge from experience acquired by these staff might disappear with them.

Bintou Dembele: We created a first treatment center in 1996, at a time when patient care was not well developed in public facilities. However, the center was sort of a victim of its success. All the people tested HIV positive in Mali were referred to this center. So we started training the necessary staff, with the blessing of the authorities. But they never took over from us and our treatment units have continued to operate with staff paid by the Global Fund.

We have a major problem: in Mali, and more generally in West Africa, we have three times fewer qualified personnel than the rest of the continent. But for HIV/AIDS patients to receive the available antiretroviral medicines, someone needs to prescribe them. It is critical for the Malian government to free up the necessary resources to ensure this work can continue.

Given that security in Mali has recently deteriorated, particularly in the center of the country, does the government really have the ability to take over and organize the fight against HIV?

B.D.: We have 16 sites in Mali, including one in Gao and one in Mopti which together treat about 600 patients. In Gao, we have more patients than the regional hospital, since people fled when rebels and jihadists arrived in 2012. Unfortunately, in the northern region, many qualified personnel have also left, in large part because of safety concerns. If our unit were to close, it would be a catastrophe!

A.S.: Mali is a poor country, which is currently in crisis. I believe the Global Fund should develop a transition strategy adapted to this kind of context. Granted, it provides the funds, and insists on the sustainability of personnel and the need for national contributions. But what follow-up has there been?

B.D.: The government in Bamako has created a transition plan, but it is difficult to apply as is, for it provides for personnel to be appointed through a civil service exam. The problem is that many doctors are already older than 39, which is the cut-off age to apply. The only solution is to hire them by decree, despite the reticence of civil service unions.

Has the fight against AIDS in West Africa made progress in the past few years?

B.D.: In Mali, the prevalence rate in the general population has noticeably decreased, from 1.7% to 1.1% according to UNAIDS. Unfortunately, this decrease has not occurred in populations that are key for the success of the fight against HIV – vulnerable and marginalized groups such as men who have sex with men (MSM), sex workers and injecting drug users. The prevalence rates are respectively 13.7%, 24.2%, and 5.1%.

We are witnessing a severe outbreak of the HIV/AIDS epidemic among these populations. Yet there is no clear barrier between these categories and the rest of the population. According to recent studies, around 70% of men who have sex with men are bisexual. They are often married, against their will, to avoid stigmatization and religious and cultural burdens. Sex workers’ customers come from all types of populations. If the government doesn’t wake up to this reality, there is the risk of a severe epidemic rebound in Mali. We are sounding the alarm!

Has your message been heard?

B.D.: We are pushing hard for these marginalized populations to receive proper care. But the authorities seem rather worried about how their voters will react and they are under increasing pressure from religious organizations demanding laws to criminalize homosexuality. Organizations that fight HIV and care for these populations, such as ourselves, receive all sorts of insults! We are accused of wanting to “promote” homosexuality. But our only aim is to promote public health measures to benefit the entire population. If these individuals go back underground, we will have no means of doing HIV prevention.

A.S.: Bisexuality is much more common in West Africa than people think, for it is very hidden. Homophobia is indeed very strong. Public health departments have not necessarily adapted to this reality, and sexual health clinics are not present everywhere in West Africa. Civil society organizations promoting HIV/AIDS prevention and screening are therefore extremely necessary.

Is strengthening primary health care facilities also part of the solution to promote the fight against HIV in Africa?

B.D.: These health centers, which patients tend to go to first, are the best suited to care for patients under antiretroviral treatment. They lack resources unfortunately. For example, they don’t have a laboratory to perform serology tests on people under antiretroviral therapy. A pregnant woman would need to be able to access this service on-site, in order to know if her baby is exposed to the virus. Given the lack of equipment, women are encouraged to have these tests done elsewhere, at the hospital. This is the best way to lose track of them.

A.S.: We need to promote comprehensive reform of the health system in our countries, particularly to fight HIV. For example, encouraging prenatal consultations in these health centers would allow us to further improve screening for pregnant women. 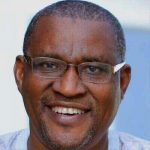 Founding President of Arcad-Sida Mali, Director of the Africa Bureau and Networks for Coalition Plus 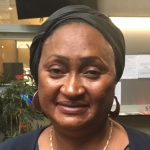