This OpEd is published in the framework of our partnership with
–

The current climate models provide an incomplete representation of the Earth’s surface and its interactions with the atmosphere. Global projections mask the diversity of local developments in terms of temperature and rainfall. Although regional models are constantly being refined, they have many imprecisions. How to act effectively faced with these uncertainties?

It is vital to set up a coherent observation and surveillance system for climate change research, particularly in intertropical and Mediterranean areas. The experience of environmental observatories and sociodemographic and epidemiological platforms already shows this. The data generated does not only serve science for science, but directly serves water and arable land management and the control of infectious pandemics. The research program devoted to the fight against desertification in Africa is an example of this. It is financed by Brazil, several African countries and France. It structures a tricontinental scientific community and, in practice, strengthens the sustainable management of arid and semi-arid areas in Africa. It is in this way that research and the action of developers can intersect and that synergies on certain projects should be more effectively sought.

The share of global change that can actually be solely attributed to the climate parameter is another uncertainty in view of the environmental and human parameters. In a few decades, industry and agriculture have widely polluted soils and water. Accelerated urbanization has artificialized shorelines and degraded natural environments. The globalization of transport has imported non-indigenous species into ecosystems, which are sometimes invasive. The impact of these pressures on environments and societies is, of course, combined with that of climate change.

In this context, attributing an impact to a given cause is a recurrent difficulty for scientists. It unquestionably requires more research. However, this causal uncertainty must not be used as an excuse for procrastination over action. If we want to avoid over 400 million people being faced with a water shortage by 2050 and the multiplication of water wars, it matters little to know which specific responsibility should be attributed to climate change itself.

Reconcile the development and climate agendas

If we want COP21 in Paris at the end of 2015 and COP22 in Marrakech in 2016 to lead to compromises with good future prospects, we need to better link the mitigation of greenhouse gas emissions and climate change adaptation solutions in countries in the South, solutions which also contribute to providing a response to the other components of the development agenda. The international agenda for 2015 is an incentive for this. Indeed, prior to COP21, the 3rd International Conference on Financing for Development will be held in Addis Ababa in July, and the United Nations special summit for the adoption of the new Sustainable Development Goals for 2030 in New York in September.

Research can directly contribute to a virtuous reconciliation of the development and climate agendas. There are a whole host of examples in innovation, health, education, agriculture, forestry, water and energy.

If we take the case of agricultural and forestry activities, they cause a quarter of total GHG emissions, but also contribute to reducing atmospheric carbon dioxide concentrations via carbon sinks in biomass and soils. During the Climate Smart Agriculture conference organized in Montpellier in March 2015, it was announced that a “4 for 1,000” research program would be set up. The aim is to develop the agronomic research program in order to improve stocks of soil organic matter by 4 for 1,000 a year which will offset total greenhouse gas emissions in the world. Conversely, a reduction of 4 for 1,000 would lead to a doubling of emissions. A number of technological innovations presented on this occasion are real win-win solutions. They would contribute to mitigating CO2 emissions by increasing the organic carbon content of soils, while improving agricultural productivity with greater respect for the equilibrium of ecosystems. It will be up to all actors to take them on board and test them on a larger scale.

In this field, as in many others, there are many opportunities for partnerships between development operators and researchers. They would facilitate the monitoring-evaluation phase in order to more effectively learn lessons from projets, with the objective of widespread implementation, and be more consistent with international forums and debates.

Scientists from the North are regularly criticized (and often rightly so) for imposing their objectives on their partners from the South, without really taking local needs into account. The French development research institutes (Cirad and IRD) endeavor to build programs jointly with their partners. For example, IRD’s International Mixed Laboratories (IML) are entities dedicated to conducting joint projects for research, training and innovation established in universities or other scientific institutes in the South. Similarly, Cirad’s (DP) joint research platforms have shown how close consultation makes it possible to progress together in research for agronomic development in the South. This open and humanistic partnership approach, beyond scientific cooperation, would appear to be shared by a number of actors, both from French-speaking countries and at international level.

Researchers and developers, from the North and South, let us each take a few steps towards each other in order to build more fruitful and effective partnerships! 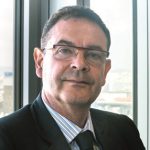