Facebook Twitter Link
Copied to clipboard
The Green Climate Fund board at a meeting held 6 - 8 July 2019 in Songdo, South Korea.

During the first Green Climate Fund (GCF) Replenishment Pledging Conference in Paris on October 25, Bercy welcomed ministers and government representatives in order to collect pledges to replenish the first multilateral fund dedicated to the fight against climate change. This gathering was critical to encouraging international leaders to strengthen their commitment to climate action. Yet the conference brought mixed results.

Established in 2014 as the main financial instrument for the future Paris Agreement (signed in December 2015), the Green Climate Fund handles the transfer of public capital from developed countries to developing countries with the aim of supporting their transition to a low-carbon model and increasing their resilience. During the initial capitalization, the Green Climate Fund succeeded in raising over $10 billion (€8.9 billion) in pledges, thanks in particular to the leadership of President Obama, who pledged $3 billion and succeeded in convincing Japan and Europe to follow suit. The credibility of the financial commitments from the global North contributed to strengthening trust between developed countries and developing countries, which was a prerequisite for reaching an agreement at COP21.

Five years on, the geopolitical context is significantly different. After announcing its intention to withdraw from the Paris Agreement, the Trump administration not only confirmed it would no longer contribute to the Green Climate Fund, but also stated that it would not honor the unpaid pledges made by the previous administration. Even before starting its first projects, the Fund was therefore stripped of €2 billion in capital.

More recently, following elections bolstering a conservative majority fiercely opposed to the principle of climate change, Australia announced that it would no longer participate in the Green Climate Fund (it had contributed nearly $200 million during the initial phase). All of this came in the midst of a succession of alarming scientific reports from  IPCC, which called on societies to mobilize in a manner worthy of historic wartime efforts. At the same time, an increase in public awareness, especially among younger generations, resulted in unprecedented protests around the world demanding more political commitments and public action.

The Green Climate Fund: an appearance of success

In raising nearly $10 billion in pledges (€9.7 billion), thanks to the leadership of the major European contributors (Germany, France, the United Kingdom, Norway and Sweden) who doubled their contributions, the Green Climate Fund was successful in ensuring the hole left behind by the United States would be filled. However, this is merely surface-level success, based solely on a few stakeholders, not a vote of confidence from emerging economies. In fact, South Korea is the only developing country to have contributed to this phase (as opposed to around ten countries during the previous phase), doubling its contribution to reach $200 million. Even wealthy nations producing fossil fuels, such as Russia and the Gulf nations, did not feel it was worth participating in the fund at this stage.

It is true that this influx of capital should allow the Green Climate Fund to continue its activities over the next four years. Yet we still have a long way to go when it comes to facing the full extent of the climate crisis. Civil society and the most vulnerable nations had set clear expectations of doubling the budgets in comparison to the first phase to fund all the projects in the fund’s pipeline. In other words, taking the United States’ absence into account, this would mean a total of approximately $14 billion (€12.5 billion).

It is worth mentioning that, despite a difficult start due to shaky governance, which generated frustrations among both contributing and recipient nations, the Green Climate Fund recently succeeded in calming internal political tensions and demonstrating its “transformational” role in funding the transition towards a carbon-free world, particularly through its ability to boost exterior public and private funding. The fund has a leveraging effect of 2.5, which means that $2.50 in co-financing was contributed for every dollar committed by the Green Climate Fund. It therefore plays an essential role in attracting the private investment needed to bring about the transition in support of developing countries.

Governments have repeatedly stressed that public funding is structurally insufficient for meeting the enormous needs involved in the transition to a low-carbon model and that private funding must become its driving force in order to create irreversible momentum for the cause. Yet on October 25th in Paris, they were not able to take full advantage of this leverage effect offered by the Green Climate Fund, despite the undeniable role of public funding in attracting private capital, multiplying its impacts and reducing the perception of risk.

Putting an end to fruitless debate on climate projects

All too often, we hear fruitless debate between those who believe it is not climate funding that is lacking, but instead viable projects to fund, and those who testify to the difficulty in accessing funding, a common experience for many “green” projects in poorer countries, which are eventually discarded. Supporting the creation of solid, realistic and well-structured projects is one of the Green Climate Fund’s primary missions. Another major mission is that of supporting these projects through support from other investors in order to magnify their effect. This explains why the Green Climate Fund’s “pipeline” is full of dozens of projects worth over $15 billion, which is 50% more than what the Green Climate Fund will be able to fund over the next four years.

During the Green Climate Fund’s next Council meetings, more projects will be presented and still more will fail, due to a lack of prospects for funding in the near future. Yet each project responds to national priorities. This disparity between national expectations and the Green Climate Fund’s current mobilization capacity will undoubtedly create a source of tension. When a government has to wait years without any guarantee of approval or implementation of a project, there is a strong chance the project will suffer as a result. Worse yet, government leaders are likely to turn to alternative solutions that would be undeniably faster, but not nearly as “green”.

An illustration of this is the participation of numerous African leaders at the first Russia-Africa Summit organized by Vladimir Putin in Sochi almost at the same time. The summit’s discussions focused on economic cooperation and investment, yet without any concerns for climate issues.

Putting your money where your mouth is

This first Green Climate Fund Replenishment Pledging Conference was therefore a missed opportunity, given the failure to send an unequivocal message of international financial mobilization, and there is a strong chance it will be interpreted this way. First of all, next year will mark the fifth anniversary of the Paris Agreement. It will be the occasion for all the countries to increase their 10-year emission reduction plans (NDC). Keep in mind that out of the 200 nations, 136 have agreed to make efforts on the condition of receiving financial support. Given this context, how can we ask more of them if it appears the funding will not come through?

If, despite alarming statements, numerous Heads of State refuse to mobilize the necessary funding, the only conclusion to be drawn is that they are not truly taking this transition seriously. There is a good chance this will reinforce the reasoning of certain States who see an urgent need to pursue less expensive alternatives with negative effects on the climate, and then clean up their mess later. This is what we are already witnessing among several countries benefiting from the Belt and Road Initiative (BRI).

The challenge of the coming year will be to counter this reasoning and reassure countries of their ability to attract public and private funding to allow their economies to transition towards the world of tomorrow. Development banks have a daunting task ahead. They must prove they are able to align their funding with the climate change imperative and support the implementation of new contributions. It would be a shame for NDCs to join the ranks of empty promises. The expression, “putting your money where your mouth is”, fits the situation all too well. 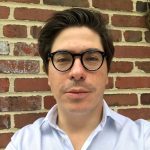