Climate finance supports transitions to low carbon societies and involves all the sectors of the economy. But does it tend to favor one of these sectors – the production of renewably sourced electricity – over the others? In sub-Saharan African in particular, isn’t there a risk that this could lead to imbalances within the electrical systems that could threaten the momentum of the energy transition?

In many countries in sub-Saharan Africa, the funds dedicated to consolidating electricity operators and mitigating default risk are insufficient.

The national electricity companies are often the sole customers of the plants that produce renewably sourced electricity. In Kenya, KPLC buys all the electricity produced by the Lake Turkana wind power station. In Zambia, ZESCO is the Bangweulu solar power plant’s only customer. The same will soon be true for ENEO and Cameroon’s hydroelectric power plant in Nachtigal.

The power purchase agreements signed by these companies represent long-term commitments that guarantee the price at which the energy is purchased. In this type of system, a wrongful breach of contract can threaten the progress of the entire sector. As a result, for long periods following such events, investors remain reluctant to return to markets that have suffered malfunctions.

In Europe, Spain provides the best example of this. In 2012, local authorities were overwhelmed by the level of investment and amount of electricity to be purchased and therefore decreed a moratorium on renewable energy sources. They revised the terms of the renewable power purchase agreements they had entered in excessive numbers retrospectively, causing significant losses for investors and lenders. As a result, the country only recently regained investor confidence in the renewable energy sources sector.

In sub-Saharan Africa, the great majority of electricity companies are chronically unprofitable, with the revenues they collect failing to cover their operating costs. For example, the full cost per kilowatt hour borne by Electricité de Guinée is estimated at over €0.30, but it only collects €0.08 per kilowatt hour sold. Due to recurring cash flow difficulties, it is not uncommon to see these electricity companies pay their suppliers a year late.

Climate finance also involves risk for these companies when it focuses on a limited number of large-scale electricity production projects, funded by hard currency. These disproportionate projects cause imbalances in the networks and expose national electricity companies to foreign exchange rate risk. Some have already announced that if the devaluation of their national currency exceeds a given threshold, they will cease to honor their obligations in the currency.

A series of purchase and loan agreement defaults for renewable energy power stations could halt the momentum of the energy transition underway in sub-Saharan Africa. In order to prevent this threat, solutions must be found for risk management and efforts must be increased to support electric companies and their networks.

Favoring renewable energy with a better distribution of risks

Climate finance must move quickly to enhance its range of de-risking solutions to optimize the allocation of risks according to the specific capacities of each stakeholder, through guarantee products, insurance and public-private collaborations. While these tools cannot fix poorly designed projects, they do offer protection against risks of serial defaults.

The technical risks are generally believed to be the responsibility of the industrialists developing the power plants. On the other hand, professionals in the sector are looking to the public stakeholders to cover the political risks and the risk of non-payment for electricity. For example, a regional development bank could commit to pay for the electricity produced by a power plant in the place of a national electricity company if the company fails to make payment, in order to reassure investors in the renewable energy sources sector.

If the long-term objective is to achieve robust, reliable electricity sectors that are perceived as such without outside support, then tools for mutualizing risks are necessary in the short-term to reduce the industry’s vulnerability to the failure of a national electricity company.

In addition to these risk management efforts, climate finance must help focus public capital on substantive work through long-term partnerships between development funders and national electric companies in sub-Saharan Africa.

Climate finance stakeholders recognize that the current issue is less one of increasing public funding for renewable energy sources than of attracting private capital (in local currency) to the sector. Public funding, on the other hand, must be redirected. To contribute more effectively to the energy transition, this funding must be focused on managing energy demand, adapting to climate change, and on electricity company’s investments to strengthen their transport and distribution infrastructures.

These networks must be modernized to accommodate intermittent renewable energy sources which are produced with the wind or sun and reduce the exposure of electricity companies to volatile fossil fuel prices. There must also be a focus on reducing their technical and commercial losses. Grants to help enhance the financial governance of national electricity companies are an important means of ensuring the viability of electric companies, their capacity to pay and thus the success of the energy transition.

There is a need to combine short-term risk management with groundwork on the resilience of the electricity sector. The resources dedicated to these two objectives must be increased and therefore recognized and encouraged by climate finance accounting methods. This is a necessary step in enabling Africa to finance access to more reliable low-carbon energy more quickly. 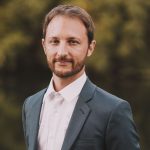